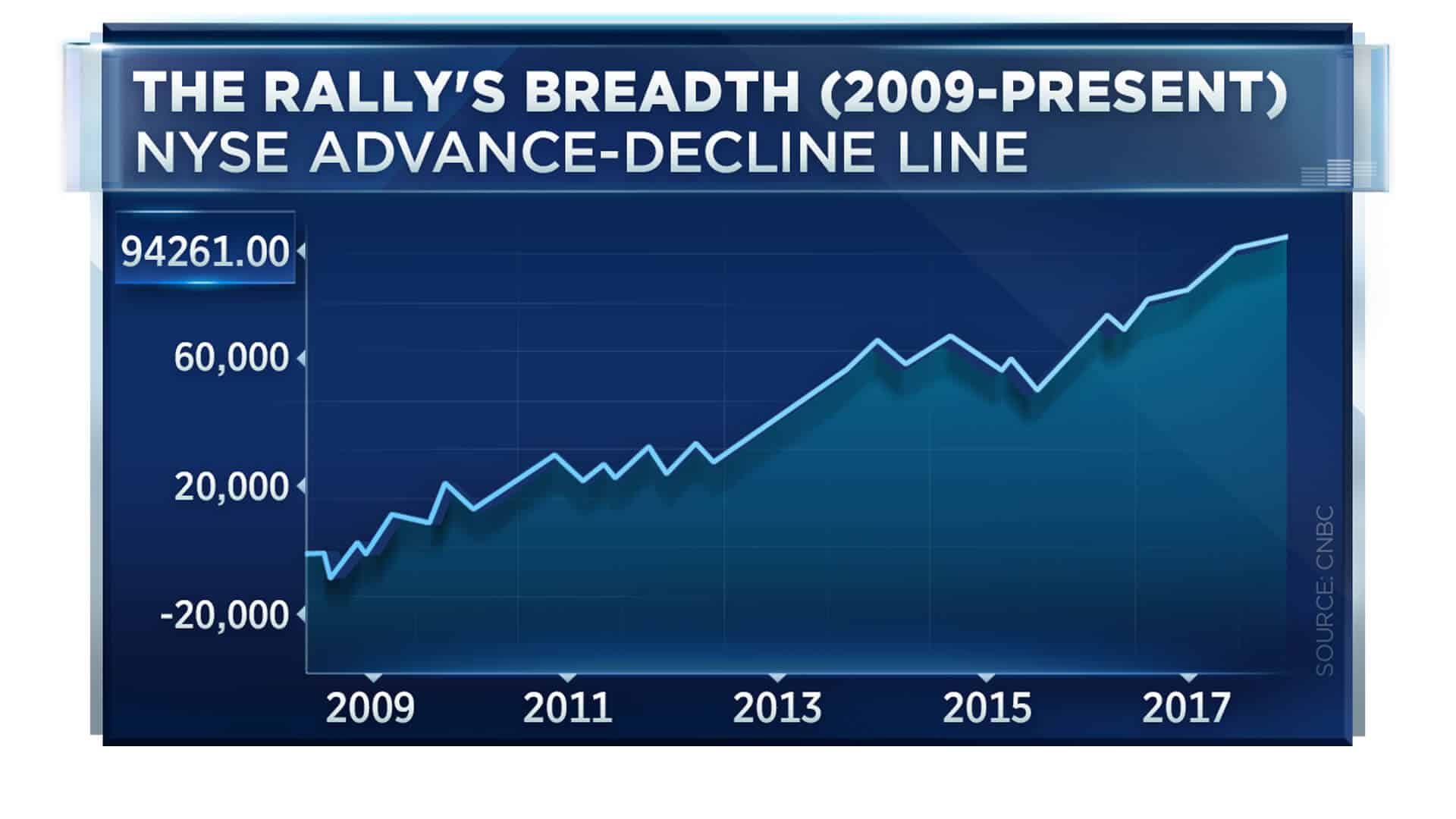 The godfather of technical analysis is a raging bull, and he’s becoming even more vocal about it.

Last week, Ralph Acampora said he was so bullish he had to sit down and calm down.

“I’m not sitting in a chair anymore. I’m sitting in a rocking chair,” he told CNBC’s “Futures Now” on Tuesday — adding that the “chair was about to explode.”

The S&P 500, Dow and Nasdaq have been sizzling.

The S&P 500 is seeing its strongest six-day win streak in 31 years. That index, along with the Nasdaq, just registered its sixth all-time closing high of 2018. The Dow has clocked four record closes.

“This is a market that’s more powerful than the late ’90s,” said Acampora.

Altaira Capital Partners’ Acampora, who calls himself “the godfather of technical analysis,” contends an impressive rotation is firmly gripping the market — a vital element of any strong bull market.

“The last six days have been phenomenal,” he said. “Foreign markets are on fire, too. It’s all over the world.”

He points to a simple chart that illustrates the breadth of the rally. According to Acampora, the NYSE advance-decline line reflects just how vibrant the stock market is right now.

“We technicians look at the breadth of the market. That’s the advances and declines,” he said. “It just tells you the direction of the move. And you look at that picture, and the majority of stocks are moving up. To me, that’s broad-based advance and it makes me very, very encouraged.”

He sees a few areas in particular making a hefty move higher.

“Energy is just starting to break out. There are a lot of very good moves here that are their early stages,” Acampora said. “Financials are right behind it, industrials and, of course, technology. That game is not over yet.”