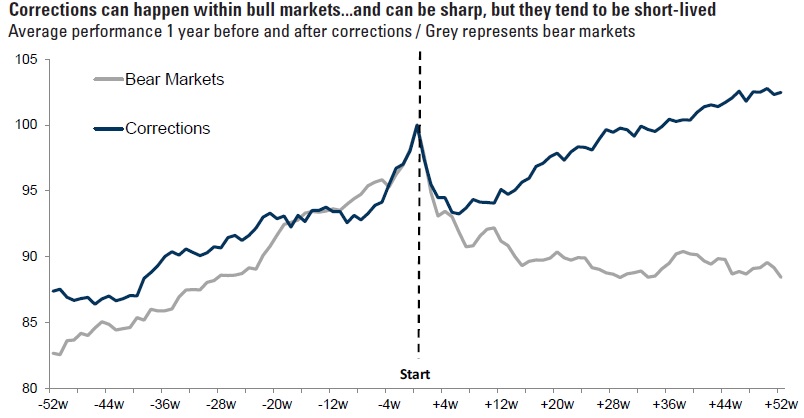 The S&P 500 fell officially into correction territory on Thursday, down more than 10 percent from its record reached in January.

If this is just a run-of-the-mill correction, then we are looking at another four months of pain, history shows. If the losses deepen into a bear market (down 20 percent), then it could be 22 months before we revisit these highs, history shows.

But the pain lasts nearly two years on average if the S&P falls at least 20 percent from its record high — past 2,298 — into bear market territory, the report said. The average decline in a bear market is 30 percent, according to Goldman.

Stocks remain in an upward bull market trend, the second longest in history.