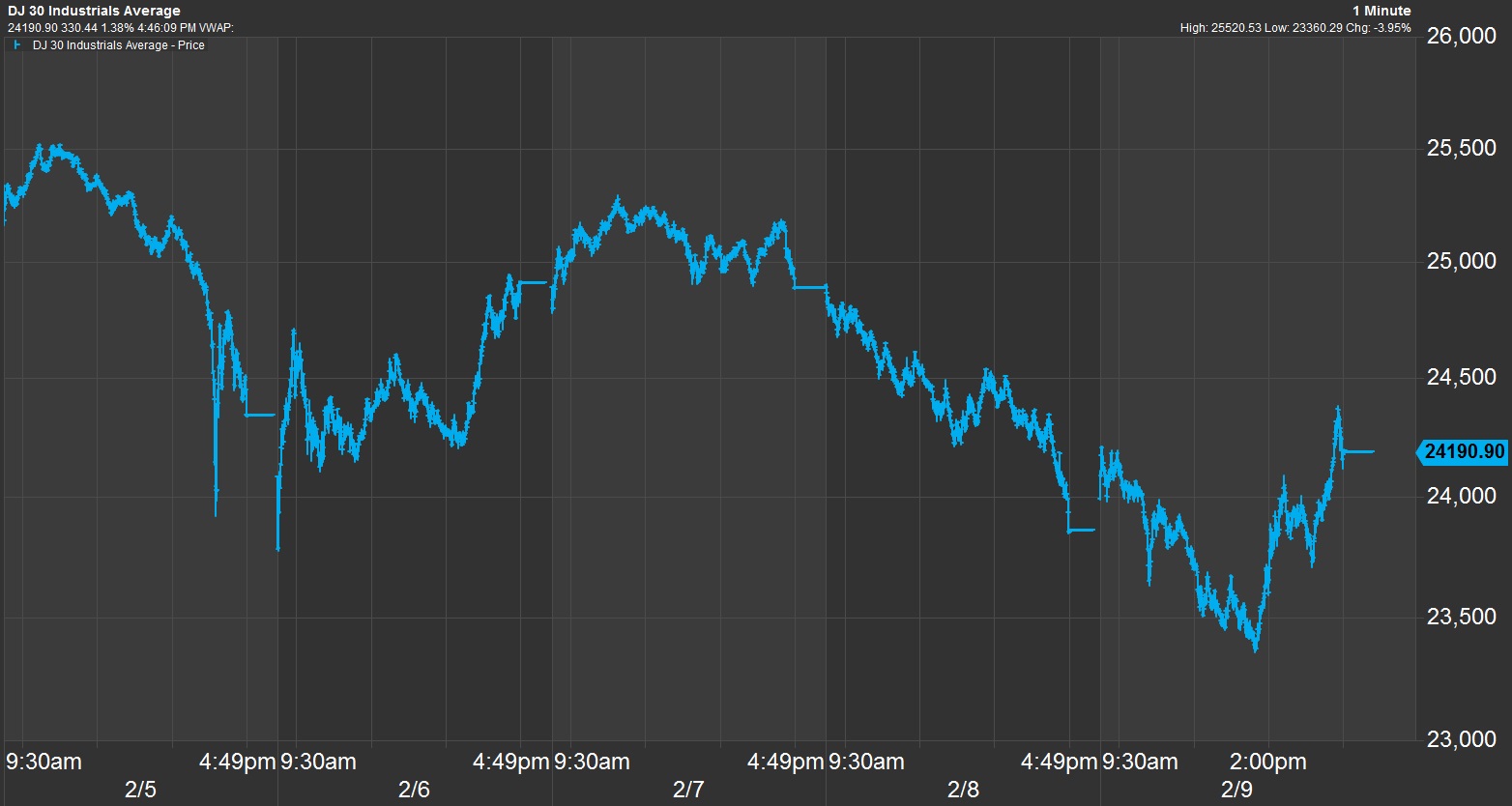 With another volatile plunge Friday, the Dow Jones industrial average has traveled more than 22,000 points this week.

The stock index closed more than 1 percent higher, bringing its weekly losses to the worst since January 2016. Earlier in the session, the Dow was tracking for its worst week since October 2008, during the financial crisis.

CNBC tracked the volatile moves of the Dow this week to calculate the number of points the index has moved. In the past five trading days, including Friday, the Dow has traded about 20,000 points back and forth in a roughly 2,000-point trading range.

Stocks have plunged in the last week as traders worried about rising interest rates and inflation, bringing an end to more than a year of historically low volatility. On Monday, the S&P 500 broke its longest ever streak without a 5 percent drop from a recent high, according to Ryan Detrick, senior market strategist at LPL Financial.

The Dow suffered its worst daily point drop on record Monday, and briefly fell nearly 1,600 points intraday. The index recovered about half of Monday’s losses in a volatile Tuesday session, but has closed lower in each of the two days since.

On Friday, the Dow jumped 349 points in morning trading, fell 500 points later in the session, before closing 330 points higher.

The Cboe Volatility Index (.VIX) jumped Tuesday above 50 for the first time since the market turmoil of August 2015. It traded near 29 late Tuesday afternoon.

Previous: BNPP and French ECM: a tough year gets a bit better
Next: Goldman back in the 1MDB swamp after Leissner and Ng charges