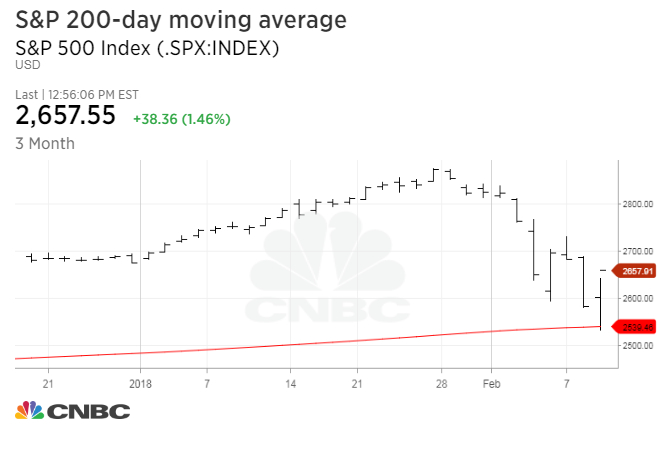 One of Wall Street’s most experienced analysts says the equity market is “bottoming out” and recommends investors take a hard look at financial stocks.

“Expect more intraday volatility but last Friday’s activity gives me some confidence that this market is in the process of bottoming out,” Acampora wrote. “Thus, one can start nibbling at buying former leaders like financials and aerospace.”

The analyst explained that Friday’s stock rally in the final hours of trading gave him a degree of comfort, especially since major indexes the Dow Jones industrial average and the S&P 500 both closed above their 200-day moving averages, a key technical level.

“I am so bullish I have to sit down and calm down,” Acampora told CNBC in January, adding that he’s excited to see a market rotation into energy and financial stocks. He then highlighted stocks such as Exxon Mobil and Bank of America as potential upside plays over the next few years.

Bank of America has outperformed the market over the past week, posting a 2.8 percent gain versus the S&P 500’s 0.3 percent climb. Exxon Mobil, though down week over week, was up 1.1 percent Monday.

Still, Acampora acknowledged, last week’s sell-off was reason enough to spark “major investor concern” and spelled out some of the reasons for worry.

“The market’s recent decline has been accelerated by concern over: rising interest rates, renewed inflationary fears and the ‘uncontrolled’ trading activity of algorithmic program,” he explained. “Since its peak on January 26th, the market has experienced its most volatile decline in many years.”