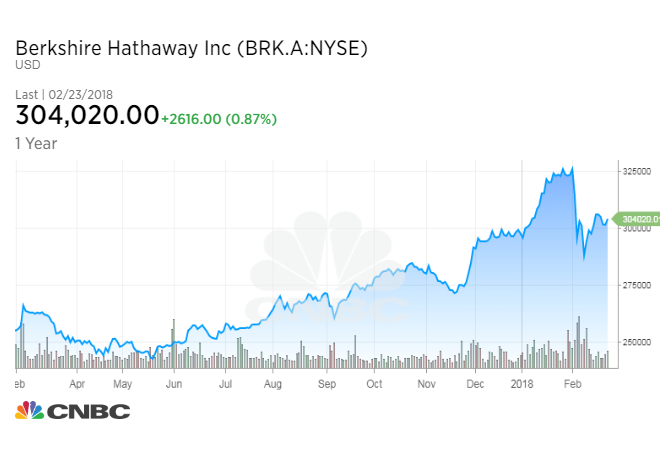 Berkshire attributed roughly $29.11 billion of its net income to the reduction of the U.S. corporate tax rate, to 21 percent from 35 percent, that President Donald Trump signed into law in December.

Book value per Class A share, which reflects assets minus liabilities and which Buffett considers a good yardstick for Berkshire’s intrinsic worth, was $211,750 at the end of the year, up 13 percent from three months earlier.

This also benefited from the tax law change.