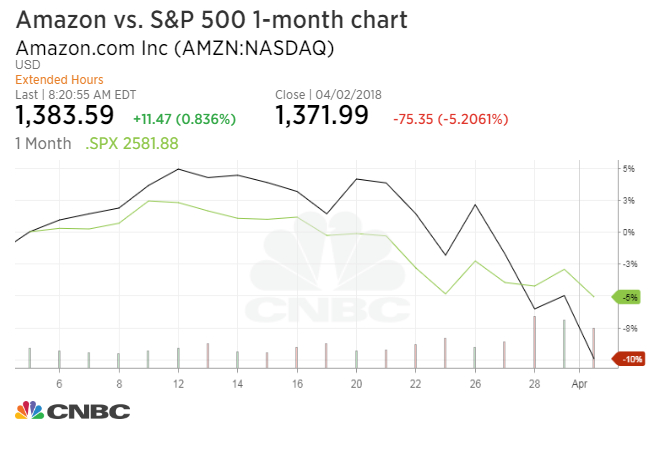 Tax changes at Amazon would have “limited impact” on the e-commerce company’s profits despite a steady barrage of negative tweets from President Donald Trump, Piper Jaffray told clients Tuesday.

Though revisions to the company’s tax policy remain unlikely, analyst Michael Olson told clients that even if the president were to have his way, changes would have little impact on how consumers use Amazon.

“Nothing can be certain, except death and taxes … and more Trump tweets on Amazon,” Olson wrote in a note. “We believe sales tax collection changes would have limited impact on consumer use of Amazon and could actually help Amazon’s relative competitive positioning in domestic e-commerce.”

Based on a survey of 2,000 U.S. consumers, the firm found that just 5 percent of Americans see sales tax as a critical factor when deciding where to shop. Major changes to Amazon’s tax policies, therefore, would likely produce a muted response from consumers, Olson explained.

The survey found that features such as fast and free shipping, product selection and website trust were significantly more important to shoppers.

Based on the results, the analyst again advised investors to buy shares of Amazon and reiterated his 12-month price forecast of $1,650, implying more than 20 percent upside for the stock.

The president’s extraordinary criticism of Amazon has centered on the company’s policy of not collecting state and local taxes from the vast majority of its third-party sellers. The practice, Trump alleges, puts “many thousands of retailers” out of business, unable to survive against Jeff Bezos’s ever-growing consumer titan.

The president underscored his feelings toward the company in a tweet Monday morning, saying: “Our fully tax paying retailers are closing stores all over the country … not a level playing field!”

Despite widespread belief on Wall Street that the president’s disapproval represents mere “chatter,” Amazon’s stock has fallen more than 8 percent in the last week alone amid a broader market sell-off.

Axios reported last Wednesday that Trump was considering changes to the retailer’s tax treatment, in part because of anger over how Amazon has hurt the commercial real estate industry because of its negative effect on brick-and-mortar retailers.

“We find it unlikely that the Post Office will materially raise rates for Amazon deliveries,” Olson added. “Amazon would likely shift to alternative shipping options (perhaps both internal and external).”

Many would argue, however, that Amazon has been a positive for the postal service, which has suffered from bleak finances for more than a decade as other means of communication replace first class mail.