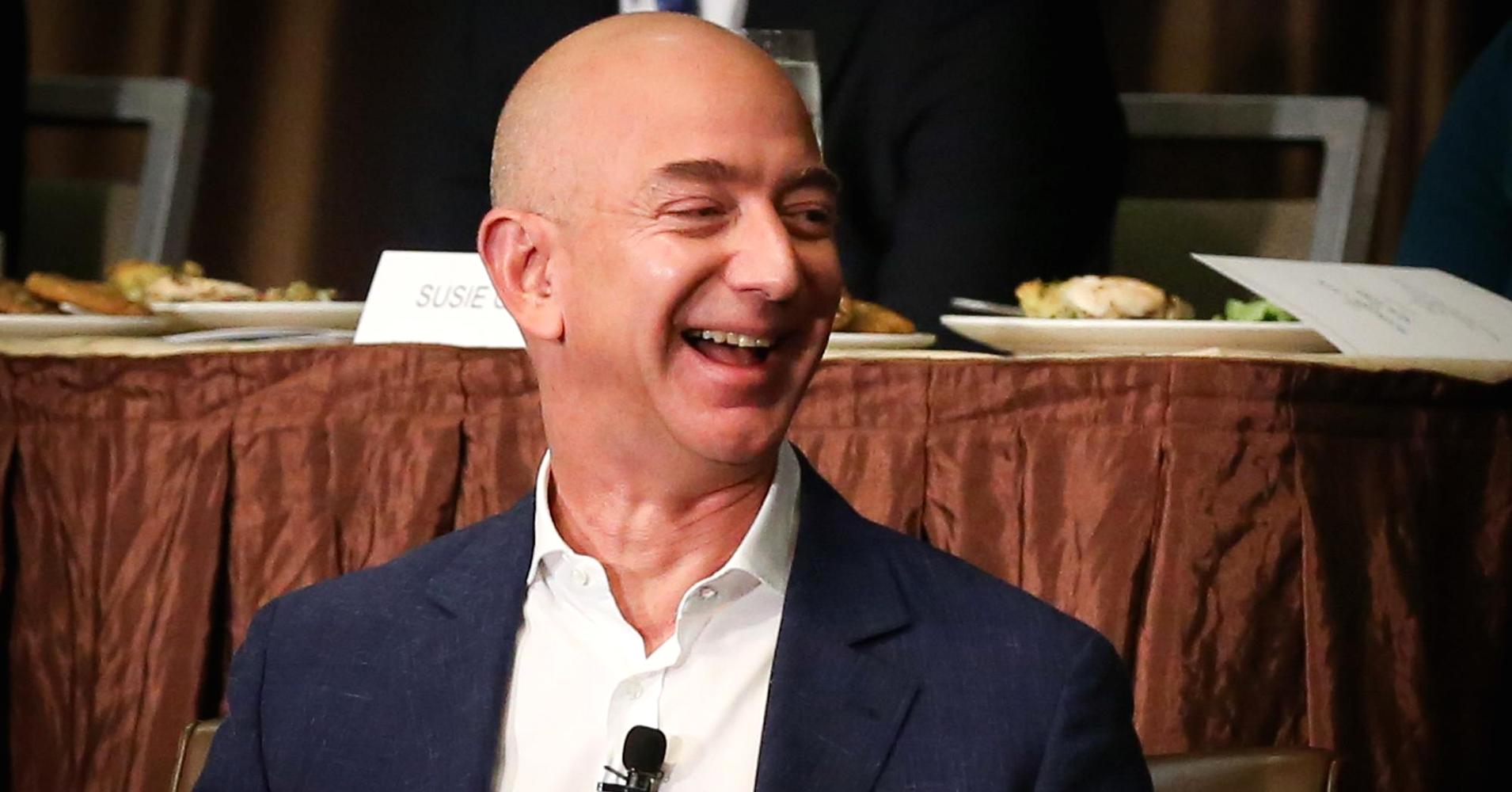 Many Wall Street analysts were bullish for reasons beyond retail, underscoring how strong Amazon’s advertising business was in the quarter, as well as the sharp increase in Amazon Web Services sales from last year.

“Operating income strongly beat Street estimates driven by strength across segments. AWS (Amazon Web Services) revenue growth accelerated to 49% in 1Q from 45% in 4Q, and at 25.7% margins, continues to fuel retail investments and profit growth. … While certain 1Q revenues and margins clearly benefitted from some accounting changes (see page 3), the quarter was a nice reminder of the inherent margin power of the business.”

“AMZN’s accelerating high-margin businesses (AWS/ads/subscription) added $4bn Y/Y in 1Q gross profit, leading to a record profit beat and raise thru investment. Expect this to continue given AWS/ads/Prime are still in Day 1.”

“We are in the sweet spot between Amazon investment cycles where new fulfillment/data centers are driving accelerating revenue growth while incremental capacity utilization is driving margin expansion. Higher level, we still remain in the early stages of the shift of compute to the cloud and the transition of traditional retail online and, in our opinion, the market is underestimating the long-term financial benefit of both to Amazon.”

“Amazon delivered a humongous quarter, with faster growth and higher profitability than DB/Street projections and followed up with a one-two punch by announcing it was raising annual Prime membership fee by 20% to $119. … Amazon has been our top pick for 2018, and coming out of the quarter, we are incrementally more bullish on the name. We believe it is tough to find a comparable business in the West which has similar scale.”

“AMZN’s 1Q18 results beat across the board, as revenue was above and Op. Inc. [operating income] (GAAP) was nearly double high end of guide given broad-based strength in North America, AWS and Int’l. 2Q18 revenue guide strong & Op Inc guide crushed consensus and was above our street high number.”

“AMZN is executing extraordinarily well. As its core 1st and 3rd party retail sales continue to take significant share from virtually all competitors, its subscription business, AWS, and advertising business are all exceeding expectations markedly. We believe that even without margin expansion in core retail, the other businesses can drive significant profit growth over the coming years and will make AMZN the first trillion dollar company.”

“We continue to remain Positive on Amazon as we see the company as a long-term secular grower with leadership positions in three large growth markets — e-commerce, cloud and advertising…and expect numbers to move higher over time. Catalysts include intra-quarter e-commerce data, company-specific events (such as the AWS summits), AWS product announcements, pricing decisions, and quarterly results.”

“Amazon’s rapidly expanding Prime membership is driving significant retail growth, alongside a re-accelerating AWS business, while profitability is increasingly benefiting from a robust AWS segment and growing ad business. Amazon also announced it will raise the cost of Prime to $119 from $99 (effective 5/11). AMZN is our Top Growth Pick.”

“We still think the market cap can triple from here over the next several years as Amazon.com continues to gain share of retail consumption and expand its share of value within its ecosystem and AWS continues its dominance as cloud spreads across mainstream IT and consumes the majority of tech budgets.”

“While several accounting changes will make comparisons slightly wonky for a few quarters, it is hard for us to identify what might be poised to change regarding AMZN’s key drivers (besides possibly an AWS price war, which shows no signs of happening) and the success the company is having both in the marketplace and with investor sentiment. While the valuation is looking somewhat more stretched over the past few months, the fundamental momentum remains about as strong as it could be.”

“This was the second most profitable quarter in the company’s history and we believe the continued growth of the company’s advertising business played a key role (we now see it generating $9.5B in revenue this year, versus our prior $6.9B estimate).”

“Amazon reported revenue 2% above and operating income 91% above the Street; the high end of Q2 guidance calls for ~200bps of operating margin expansion (vs. Street at 40bps). This outlook points to a solid return to margin expansion that we believe will increase through [year-end].”

“Amazon reported another stellar quarter in 1Q:18 with revenue growth and operating income above our and Street expectations. The strong beat was driven by a combination of continued momentum in Prime and the acceleration of higher-margin, faster-growing business segments, including AWS and advertising services. … Amazon is well-positioned to drive continued growth as the leader in two sizable and rapidly growing markets and through the emergence of newer business segments.”

“Q1 operating profit almost doubled YoY as AWS accelerated again, advertising continued to grow strongly and the core ecommerce business delivered another robust performance. Q2 guidance implies similar trends, while, at the same time, there appears no slowdown in the pace of investment, which should drive years of very strong growth.”

“AMZN’s 1Q showcased another quarter of unparalleled sales growth (that we’ve all grown accustomed to). However, perhaps more importantly, we believe the composition of that sales growth continues to signal AMZN’s future margin trajectory, putting the company on a march to increasing (& underappreciated) profitability, with 1Q representing the company’s largest margin expansion in ~2 years.”

“Amazon continues to demonstrate impressive execution on key growth initiatives, as demonstrated by accelerating revenue across AWS, Advertising, and 3P services, which fueled the significant profitability beat. With the price of annual US Prime membership set to increase to $119 (first increase in four years), we believe Amazon’s selection/convenience competitive advantage will only increase, as the company aggressively expands into underpenetrated verticals (home/kitchen, apparel), augments fast delivery, and increases Prime video selection.”

“Amazon reported another very strong quarter with gross profit and CSOI exceeding our expectations by 6% and 40%, respectively. Across its segment detail, strong accelerations were noted, particularly at AWS. Meanwhile, AWS posted its most profitable quarter to date (adjusted for FX), all contributing to a guidance that proved less conservative than we were expecting.”

“A key theme for Amazon is that the incremental revenue growth is now coming from businesses that have higher structural margins than core 1P e-commerce sales. The four high-margin business lines — 1) Third-party seller services, 2) Subscription services, 3) AWS, and 4) Advertising/Other – were ALL ahead of expectations AND showed acceleration in the quarter.”

“Strength was broad based (ecom, Prime, AWS and ads) and suggests AMZN maybe hitting that margin leverage tipping-point investors have been awaiting, driven by outperformance in high-margin segments, AWS and advertising. AMZN is now the third largest and fastest growing digital ad platform (our ests); as such scaling it should afford mgt an ‘unfair’ competitive advantage to aggressively invest while disrupting the market/broadening its moat.”