London Stock Connect may give China a bridge to New York 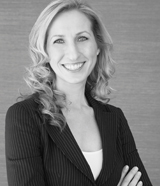 About four years after the equity link was first floated as an idea, the London Stock Exchange (LSE) has laid out the ground rules for the connect.

China and the UK will launch the first product as London Stock Connect before the end of this year, Fang Xinghai, vice-chairman of the China Securities Regulatory Commission, told a forum in Shanghai at the end of May. “We are taking the first step in connecting the largest emerging market in the world with the oldest mature international market,” he said.

The access programme will allow firms to list using depository receipts (DR). Only Shanghai-listed companies worth over Rmb20 billion ($3.12 billion) can list DRs in London. They also cannot issue more than 15% of their share capital on the so-called ‘Shanghai board’ at the LSE. So far, so normal. But what is notable is that the dollar is set to be the dominant currency for trading on the London-Shanghai link; renminbi and Sterling could be added at a later stage.

This is in stark contrast to the Hong Kong Stock Connect, where transactions were settled in offshore renminbi (CNH) before the introduction of dollar settlement too last November.

A source at the LSE who has been working on the project tells Asiamoney that market participants will have the power to decide which of the three currencies to use. It is likely that most will point towards the dollar. “London is a multicurrency market, and there is nothing stopping London Connect investors from gaining exposure to the renminbi,” says the source. “But if you consider the ease of settlement and the need to avoid FX risk, it may be the case that, even with the renminbi option, the dollar will be the most popular choice.”

The use of dollars on the London-Shanghai link could be particularly helpful for one group of investors — those based in the US — to tap Chinese assets for the first time, says Caroline Owen, chief executive at RMB Global Advisors, a New York-based consulting firm. “We’re crippled by the time zone here in the US,” she says. “Most of the US investors who have historically been active in China’s capital markets have done so via affiliates in Asia.”

Gary O’Brien, head of custody product at BNP Paribas Securities Services Asia Pacific, also notes that many US investors have not been able to make good use of the current connect programmes because of the time difference. “Investors in the US have long found the China market a real challenge,” he says. “They have to invest in a T+0 market, the close of which happens in the middle of the night for them.”

That could certainly change if the dollar is the main currency on the London Connect. Market participants have touted the link as one of China’s bridges to developed markets since 2014; they got a boost in September 2015 when George Osborne, who was the UK chancellor of the exchequer at the time, announced a feasibility study of the scheme. Even so, it had been slow going until China and the UK agreed to push the project faster last December.

The LSE blueprint leaked a month or so after Yi Gang, governor of the People’s Bank of China, said the scheme would be open for business later this year, naming the launch as one of several reforms that reflects China’s willingness to further open up the onshore financial markets.

A two-way Bond Connect and a mutual recognition of funds between China and the UK are also on the table, according to a December 2017 joint statement by the two governments.

If the London Stock Connect ends up using the dollar, it will not compromise these efforts to internationalize China’s capital markets, James O’Sullivan, head of securities services for Hong Kong at Standard Chartered, tells Asiamoney. “The local retail base would prefer Sterling, and global funds would want dollars,” he says. “The more choice investors have, the better. But whatever currency you trade in, you are still trading China assets. That is a positive for China’s opening up.”

Even in the shadows, the renminbi can be instrumental to investment sentiment on the London Connect, says the source at the LSE.  “The economic exposure is still in renminbi,” says the source. “Investors have to pay closer attention to the renminbi because the underlying stocks are denominated in the renminbi.”

BNP Paribas’s O’Brien adds that the majority of client enquiries have come from institutional investors – which he attributed to the dollar being the potential currency of choice. “This is a pointer towards the target being institutional investors,” he says. “They are more likely to have funding solutions and operational models to support this. Retail brokers historically have not been so advanced in this area.”

More currencies may be added later to expand the base, as was the case of the Hong Kong Connect, O’Brien adds. However, investors who expect the expansion process to be fast could be disappointed. Given the big hitters of Chinese commerce, such as Alibaba Group Holdings and Tencent, are already listed in offshore markets, it may be a while before international investors tap less familiar Chinese names in London, says RMB Global Advisors’ Owen.

“Name recognition of Chinese brands amongst investors outside Asia is somewhat limited,” she says, “so listing on the LSE is a good opportunity for Chinese companies to get out there and tell their story to international investors.”