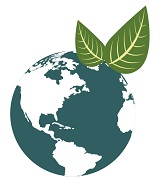 By Elizabeth Bratton and Peter Lee

On June 21, Société Générale announced the acquisition for an undisclosed sum of Lumo, a French crowdfunding platform, through which users can invest small sums into sustainable power projects, and, in return, receive a modest interest rate from the sale of the green energy they produce. Founded in 2012, Lumo has helped raise funding for forty wind, solar and hydroelectric projects, producing over 260 million Kilowatt Hours; enough to cover the annual energy needs of roughly 100,000 homes.

Most of these projects have been small-scale and almost eccentric sounding, such as Soleil 2 La Pallice, a solar farm installed on the roof of a former submarine base in Pallice, La Rochelle. This produces the energy required for approximately 800 homes every year. Also in the works, is a project to install solar panels on the west and east faces of the Eiffel Tower intended to generate the annual energy consumed by the tower itself as well as a surplus to supply nearby charging stations for cars and mobile phones.

Société Générale has bigger plans and hopes that with Lumo it can now better support its large, corporate energy clients in developing sustainable projects. The French government has been leaning on banks to help realise its ambitious Renewable Energy Liberation Plan. The Multiannual Energy Plan also aims for 32% of total energy produced to be renewable; for buildings to decrease their energy consumption by 15%; and for there to be a 22.6% decrease in primary fossil fuel consumption – all of this by 2023.

In addition, the government now requires large energy companies to include a portion of crowdfunding in the financing of their projects. With this acquisition, Société Générale can now help its clients to meet this obligation.

The bank may also have wanted to burnish its own green credentials. Environmental activists point out that even after the Paris Agreement of 2015, it was among banks that increased financing to companies developing new coal plants. Société Générale has also been criticised for its involvement in extraction of shale gas and oil; the bank was in the syndicate for a revolving credit facility to Kinder Morgan, which planned to extend the Trans Mountain Pipeline in Canada. And the bank was criticized recently by groups such as Friends of the Earth for having committed to lend for the construction of the Punta Catalina coal-fired power station in the Dominican Republic.

However, the bank withdrew its support for that loan on June 12.

Pierre Palmieri, head of global finance and head of sustainable and positive impact finance, says: “Société Générale is committed to the positive transformation of our societies and economies. The energy transition is key to this transformation and a priority we share.”

The bank has set itself the target of a 25% reduction in CO2 emissions per employee by 2020, and furthermore aims to provide a €100 billion contribution to the financing of the energy transition between 2016 and 2020.

“Société Générale is committed to the positive transformation of our societies and economies. The energy transition is key to this transformation and a priority we share.”

To date, Lumo has channelled around €5 million from thousands of ordinary investors, looking to devote small sums to socially useful projects for a modest return. It may find itself operating on a whole new scale as part of the Société Générale group. However, the bank will have to be careful over how it presents opportunities to invest in these projects to retail customers and savers.

In March, the Autorité des Marchés Financiers (AMF), published guidance on marketing of crowdfunding offers and reminded platforms of their duty to spell out alongside the potential benefits of any investment also the inherent risks, particularly the risk of total or partial capital loss. The AMF also states that when financial instruments are compared, the comparison must be relevant, accurate and balanced.

The bank hopes that Lumo will provide individual French clients access to a reliable new asset class and enable them to participate and support energy transition locally. Lumo will be widely promoted through the group’s channels but it will not be integrated from day one, rather remaining an independent entity, still led by its co-founder and chief executive Alexandre Raguet. He says: “We are very excited about joining the Société Générale Group and exposing Lumo to the bank’s expertise that will take it to a new level in its development strategy.”

Crowdfunding is a somewhat disruptive technology, seeking to connect investors looking for a better return than on bank savings with borrowers looking to fund at lower rates than on bank loans. That puts the Lumo acquisition at the heart of Société Générale’s new open innovation strategy which aims to offer new types of digital services to its clients and to adapt disruptive ways of financing.

This transaction was jointly initiated by the bank’s global finance incubator and its renewable energy specialists. As such it is the first key achievement of the internal business incubator which was launched last year with the aim of driving innovation and developing new businesses and markets.