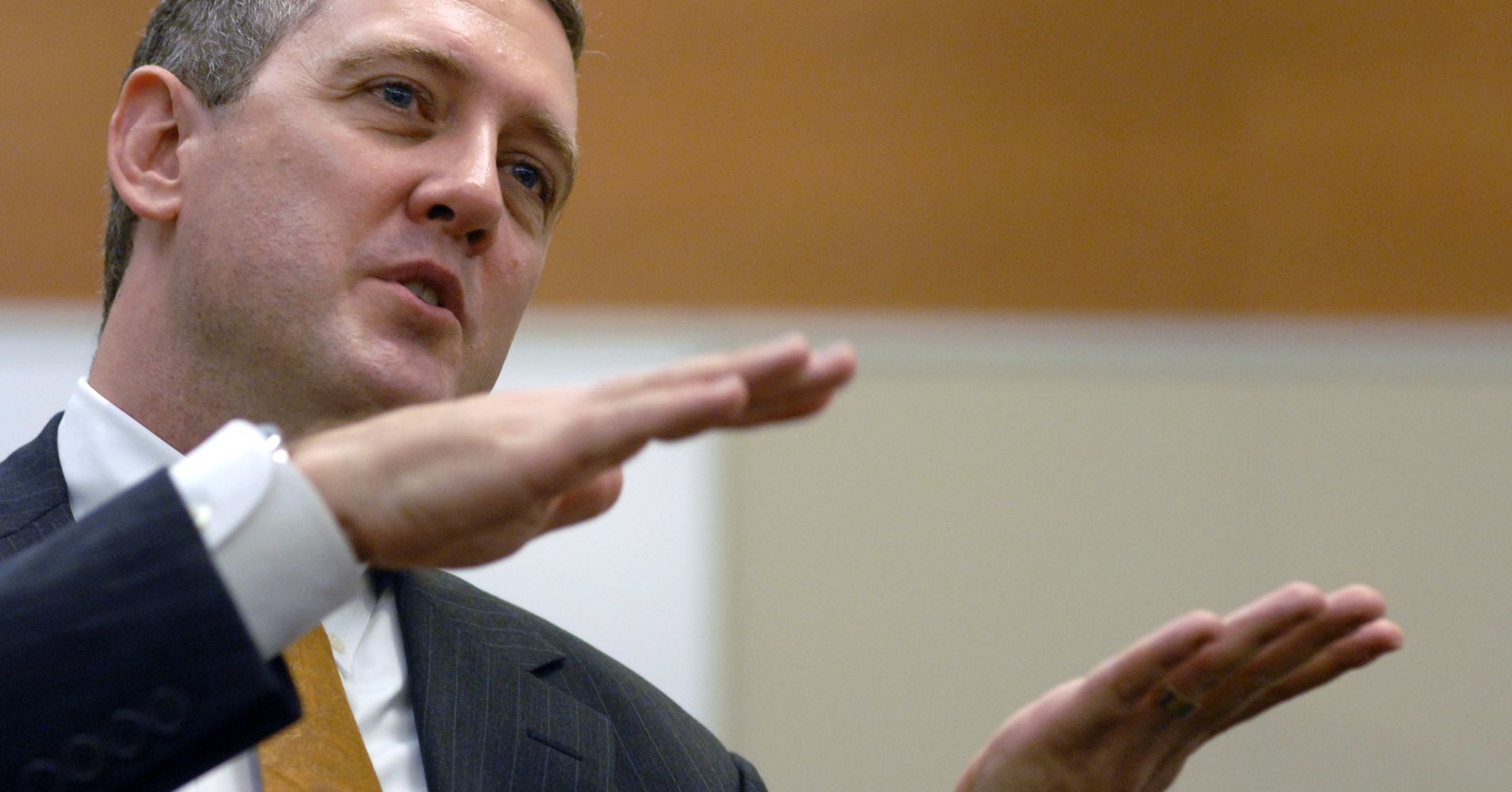 “The positioning here is that the other countries are all free trade and the U.S. is not. If that’s really what we’re saying then just drop all tariffs and all nontariff barriers. Go down to zero. That would be better outcome for the whole world,” Bullard told CNBC’s “Squawk Box Europe.”

Markets have been on edge ever since President Donald Trump launched a trade conflict with China and allies in the EU, Canada and Mexico over what he deemed an unfair trade deficit between America and its trading partners. The U.S. and other countries have so far slapped new tariffs on $85 billion worth of goods, with Washington and Beijing threatening more.

Chinese officials, in response to Trump’s moves, have called for compliance with World Trade Organization rules and opposition to protectionism. But a look at Chinese policies shows that the country has long engaged in protectionism of its own industries, Bullard said.

Beijing heavily subsidizes domestic industries, creating an uneven playing field for global competition, and has strict foreign ownership limits on most sectors. It does not allow foreign investors equal access to its industries, and engages in practices like forced technology transfers, which require international businesses operating in China to share their technology and operate without adequate protection of their intellectual property. U.S. and other foreign businesses operating on the ground have long called for reforms in these areas.

Perhaps spurred by the tariff pressure, Beijing has pledged to quicken the pace of its reforms to open up its economy and ease limits to foreign investment.

In terms of tariffs, the European Union has in fact been a bigger offender than the U.S. According to calculations by the Munich-based Ifo Center for International Economics, the unweighted average EU customs duty on American goods is 5.2 percent, versus the U.S. rate of 3.5 percent.

Some examples of steeper EU tariffs on U.S. products include a tax of 20 percent tax on grapes and 17 percent on apples. But the U.S. also imposes higher duties on particular European goods, like its 20 percent tax on certain milk products and 25 percent tax on small trucks. Each instance can be seen as protection of domestic industries.

The EU also currently imposes a 10 percent tariff on U.S. auto imports — compared with U.S. tariffs of just 2.5 percent on European car imports — a target of Trump’s ire when he threatened in late June to levy a 25 percent duty on European cars entering the American market. His meeting with European Commission President Jean-Claude Juncker on July 25 staved off the measure as the two outlined an approach toward a zero-tariff regime on a number of goods. Economists have said that tariffs on autos could pose the biggest threat to the U.S. economy.

Bullard stopped short of fully endorsing the U.S. president’s trade policies. But he said they may have set global trade players on a more constructive path.

“It’s controversial, that’s for sure. But I think the discussion should be focused on what’s the end state here,” said Bullard, who is not currently a voting member of the central bank.

Bullard also said changes in the bond market are now the main focus for investors.