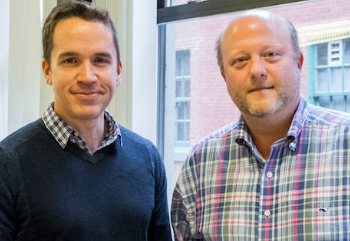 Excitement had been growing in the crypto world that the arrival of such ETFs would herald a new era of widespread investment in cryptocurrencies, given the patina of respectability that comes with trading on regulated exchanges.

By turning down the exchanges’ attempts to list such vehicles, the SEC appears to have delivered a further body blow to cryptocurrency markets already reeling from precipitate price declines since the start of this year.

CoinMarketCap suggests that turnover in bitcoin was $4.4 billion in the past 24 hours, but that’s either over the counter (OTC) or on exchange-like crypto platforms that, by definition, are not regulated exchanges.

There was one glimmer of hope for crypto enthusiasts in the SEC’s orders, which emphasized “that its disapproval does not rest on an evaluation of whether bitcoin, or blockchain technology more generally, has utility or value as an innovation or an investment”.

That sounds like cold comfort, but those who believe that money should work like the internet on a system that is open, free, secure and everywhere are not easily discouraged.

Marieke Flament, managing director for Europe at Circle – the global crypto finance company founded in 2013 by Jeremy Allaire and Sean Neville and backed by Goldman Sachs since its series C funding round in 2015 – tells Euromoney: “We believe in the tokenization of everything.

“This company’s vision is that not just money but ownership of every asset, including commodities, precious metals, land, homes, luxury goods will one day be moved as a token on a blockchain. What we don’t know is whether that will be in five years from now or 10 years from now. But our fundamental belief is that this will change society.”

According to Crunchbase, Circle has raised $246 million so far in a series of funding rounds, the largest and most recent coming in May for $110 million. As well as Goldman Sachs, prominent backers include Bitmain, Breyer Capital and General Catalyst.

With the money, Circle has built three products and services, and acquired a fourth. Two of these are aimed at retail participants in crypto and two at institutional. It has seven million customers across all these businesses.

Circle Pay is an app that allows simple, fast and cheap exchange of payments between friends, rather like Venmo: the classic Millennials splitting the cost of that blowout dinner at PizzaExpress the day after the night before.

It also allows free money transfers across borders and between currencies in 29 countries, covering US dollars, euro and sterling. Users don’t need to know anything about the blockchain technology beneath the app to use it.

Also targeted at mainstream retail users is Circle Invest. This is an app that lets users invest small amounts in a handful of the largest crypto currencies, starting with the seven best known, including bitcoin, ethereum, Litecoin, Zcash and Monero.

At users’ requests, the app can spread their investment across these crypto currencies into a diversified portfolio based on the market cap of each.

“There is considerable mainstream appetite to invest in crypto, but a lack of knowledge and understanding,” says Flament. “And clearly there was an influx last year of buyers who had no idea of what they were getting into.

“If you haven’t invested before, the cryptocurrency market can be quite overwhelming. With Circle Invest, we enable mainstream customers to get an understanding of what crypto is by providing educational content and to invest as little as $1 in seven coins. We have started with the largest tokens by market cap and will gradually add more coins as long as we are happy with their framework.”

For institutional investors trading in bitcoin, ethereum and other cryptos in sizes of $250,000 and above, Circle Trade is one of the leading OTC trading desks, supporting crypto-fiat and crypto-crypto transactions from Boston, New York, London and Hong Kong. It averages more than $2 billion a month in trading volume.

“We see huge interest from family offices, hedge funds, banks, endowments in what they see as a whole new class of assets,” says Flament.

“It’s still complicated for conventional institutional investors due to restrictions on operating in unregulated markets, but institutional investment has already gone far beyond the first movers in crypto, the so-called whales. We now expect to see more large financial institutions set up their own crypto trading desks.”

Participants in cryptocurrency markets often draw a comparison with the early days of the internet and the transformation now just beginning in finance. Today, two decades after the internet stock market crash, the US market is driven by internet stocks: Facebook, Amazon, Netflix and Google (now Alphabet).

It’s impossible yet to identify the eventual equivalents in crypto. A lot of companies have raised a lot of money to build out their businesses. Most will fail. Some will succeed. A handful may come to dominate. Consolidation is already under way.

In February, Circle announced the acquisition of Poloniex, an open global token exchange platform founded in 2014 and that rose to prominence as one of the first exchanges to offer liquidity in Ethereum.

The exchange had been hit by distributed denial-of-service attacks and was going through a process of requiring all traders using the platform to verify their identity when Circle acquired it.

Circle co-founders Allaire and Neville said at the time: “In the coming years, we expect to grow the Poloniex platform beyond its current incarnation as an exchange for only crypto assets.

“We envision a robust multi-sided distributed marketplace that can host tokens which represent everything of value: physical goods, fundraising and equity, real estate, creative productions such as works of art, music and literature, service leases and time-based rentals, credit, futures, and more.”

Will exchange-like platforms such as Poloniex be the venues where the eventual winners in crypto first appear?

“At this stage, we think it’s very helpful to have a marketplace,” says Circle’s Flament. “We have seen so many crypto projects born. You could have a marketplace that trades everything, or one that just trades the top 10 cryptos by market cap.

“We want to run something in the middle that lists only tokens with solid technology and good management teams behind them and sensible business plans.”

Flament explains: “We are confident that this process of tokenization will happen and we are trying to help build the right framework for it. The Circle US dollar coin (USDC) will be a key part of this.”

This so-called stablecoin was first announced in May at the time of Circle’s latest $110 million fund raising. It is due to go live imminently.

The company’s founders had come to the view that the extraordinary volatility of cryptos proved that a price-stable currency, such as a token pegged to the US dollar, is critical for enabling mainstream adoption of blockchain technology for payments as well as for supporting financial contracts built on smart contract platforms, such as tokenized securities, loans and property.

The intention is that Circle USDC should enable customers to purchase fiat tokens for payments and trading in the crypto ecosystem. USDC will provide a full reserve US dollar-backed stablecoin, and be based on the open source fiat stablecoin framework developed and governed by Centre, which will provide independent oversight of Circle’s offering.

Circle USDC intends to provide detailed financial and operational transparency, operating within the regulated framework of US money transmission laws, and reinforced by established banking partners and auditors.

It is built on an open source framework with an open membership scheme that eligible financial institutions can participate in. Circle has been in discussions with Barclays.

“We are not regulated as a bank, but we do need a place where we can hold funds, and we are talking to a number of banks,” says Flament. “There is a huge interest in distributed ledger within banks, though it can sometimes be difficult to innovate within established financial institutions when teams are constantly explaining to senior management what blockchain is or the potential benefits.

“But compared with two years ago, this technology is now proven and established. It will change markets, and collaboration between crypto companies and established banks will be super important for both sides.”