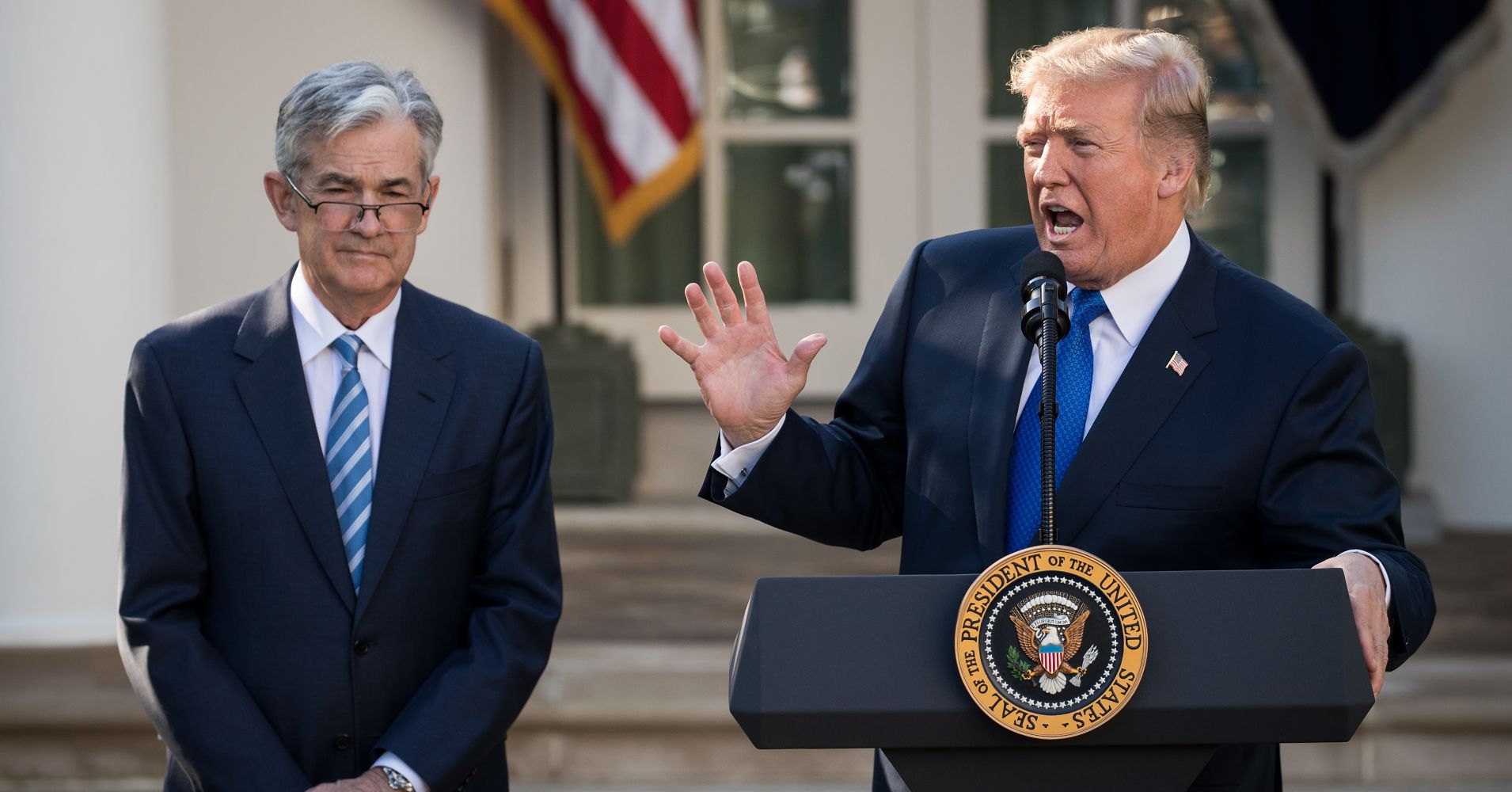 With the Fed embarked on a campaign to tighten monetary policy, the president has repeatedly attacked Powell, reportedly fearful that a volatile market – and the attendant possibility of an economic downturn – could endanger his reelection prospects.

The president – prone as he is to Twitter tirades and harshly criticizing his antagonists – has been extremely vocal about his displeasure with rising interest rates. In October, Trump even went as far as to brand the Fed his biggest threat. In the wake of those remarks, White House Economic Advisor Larry Kudlow downplayed the idea that Trump would move against the Fed chair.

The Fed declined to comment to CNBC on Saturday when asked about the latest development. In response to an inquiry, White House Press Secretary Sarah Huckabee-Sanders said: “I’m aware of no plans to fire Powell.”

According to experts, it’s unlikely that Trump has the legal authority to hand the Fed chair a pink slip even if he wanted to, absent the incumbent committing a serious crime, or being unfit for office. Yet on Saturday, some prominent Wall Street investors had no reservations about weighing in on the suggestion that Powell could be shown the door.

In an email to CNBC, Greg Valliere, chief global strategist at Horizon Investments, lambasted the idea as “insane” and “utter madness.”

The entirety of the Fed’s Open Market Committee, the central bank’s policy-setting body, “voted unanimously to raise rates. Would Trump try to fire the entire board?,” Valliere wrote, calling the Bloomberg report an “incredible trial balloon.”

The Dow Jones Industrial Average dropped 7 percent this week, its worst week in 10 years, on fears the Fed is unnecessarily slowing the economy as the central bank on Wednesday raised its benchmark interest rate for a fourth time this year. Trade war and government shutdown concerns also weighed on the market.

After weeks of extreme volatility that has driven major U.S. benchmarks to the brink of a bear market, “the market reaction would be catastrophic if he tries to fire Powell,” Valliere said. He also suggested that perhaps Kudlow or even Treasury Secretary Steven Mnuchin could resign in protest.

Trump could be merely blowing off steam, or his comments could be indicative of something more serious. The Federal Reserve Act specifies that a president can remove governors — which presumably includes the Fed Chair — but only “for cause” and not over policy differences.

While it’s far from clear what would constitute just cause, market observers suggest it would have to rise to something unethical, or outright illegal.

Geoffrey Miller, a legal scholar and the founder of New York University School of Law’s Center for Financial Institutions, told CNBC on Saturday that “the ordinary interpretation would be so