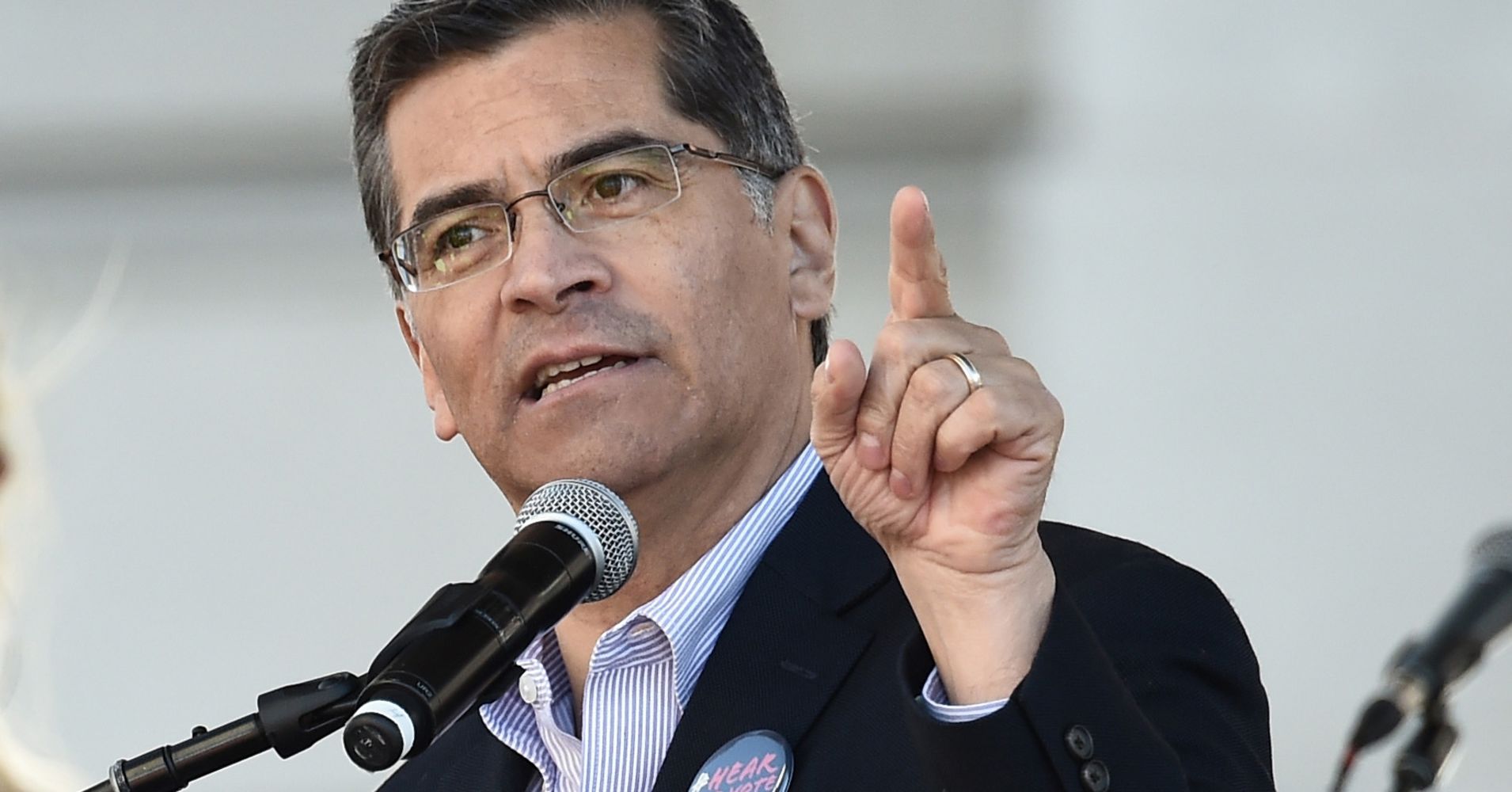 “The president admitted that there’s not a basis for the declaration, he admitted there’s no crisis at the border, he’s now trying to rob funds that were allocated by Congress legally to the various states and people of our states,” Becerra told Andrea Mitchell on MSNBC Monday afternoon.

“The separation of powers is being violated, we’re going to go out there and make sure that Donald Trump cannot steal money from the states and people who need them, since we paid the taxpayer dollars to Washington, D.C. to get those services,” he said.

Trump said on Friday that he would bypass Congress by declaring a national emergency to build a border wall along the nation’s southern border, after a protracted battle in which Congress has repeatedly declined to give the president billions to build border barriers.

Can Trump use a ‘national emergency’ to build a border wall? His own words offer clues.
What is a national emergency? Here are 8 things to know
In one news conference, Trump created several new minefields

A national emergency declaration gives the president special powers to take taxpayer dollars from other budgets to pay for border wall construction, but legal challenges to such an effort are inevitable. Before the emergency was declared, Becerra vowed “to reject this foolish proposal in court the moment it touches the ground.”

“The president does have broad authority. But he does not have authority to violate the Constitution,” Becerra said. “President Obama never did this. He never tried to raid accounts, funding accounts, that had been allocated by Congress. When a president tries to do that, the Supreme Court will typically step in and say, ‘Keep your hands out of the cookie jar.'”

“And I’ll sign the final papers as soon as I get into the Oval Office. And we will have a national emergency, and then we will then be sued, and they will sue us in the Ninth Circuit, even though it shouldn’t be there,” Trump said, speaking of the largest circuit court, which includes California. “And we will possibly get a bad ruling, and then we’ll get another bad ruling. And then we’ll end up in the Supreme Court, and hopefully we’ll get a fair shake. And we’ll win in the Supreme Court, just like the ban.”