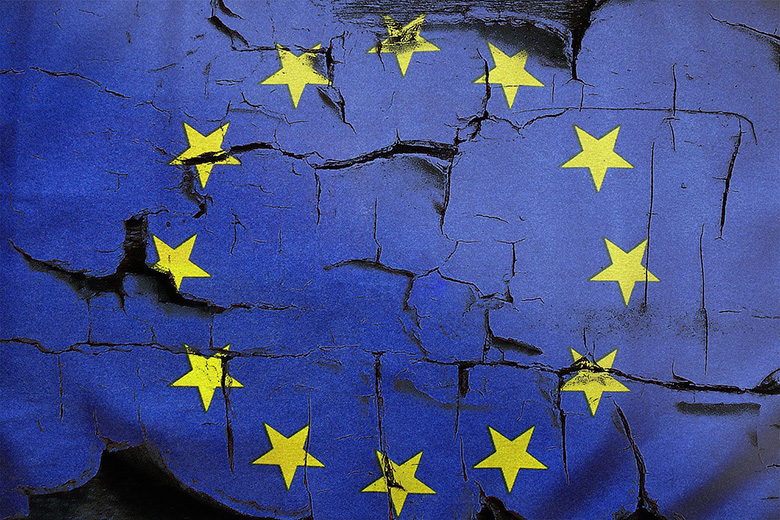 Although the risks facing the eurozone have improved during the past five years, almost every country remains worse off in Euromoney’s country risk survey since the global financial crisis struck in 2007-08.

Plus, compared with last year – when concern subsided over eurozone economic health, debt piles, and flimsy banks – risk scores for certain countries have begun to fall in Q1, including Germany and France.

The latest Eurozone Barometer survey of independent economic experts reveals another downgraded outlook for the region’s economic growth in March.

A year ago, the same experts were predicting 2% growth for this year.

And experience suggests there may be more downward adjustments given the possibilities of a no-deal Brexit, ratcheting trade wars, Italian shocks, and further gloom in the US and China.

Germany’s growth profile looks especially worrying for one of the region’s main engines. There, growth is seen sliding from 1.5% last year to 1.1%, with a similar slowdown expected in France.

They are two countries already experiencing downgrades in Euromoney’s risk survey, although the final results will not be available for a couple of weeks as more than 400 survey contributors gauge the risks for 186 countries worldwide:

Germany, like France, is struggling with political and economic risks.

Chancellor Angela Merkel appears weakened since deciding to hand over the Christian Democratic Union’s (CDU) reins to new leader Annegret Kramp-Karrenbauer, and a raft of elections this year, including key state-level voting, could easily lead to the coalition government collapsing.

Parties to the left and right are doing well, notably the Greens forcing its way into the equation following the diesel emissions scandal and record-breaking summer temperatures last year. The party has also gained members opposing the far-right.

Germany’s reputation as a safe investment is well-earned, and the country is well suited to absorbing these risks, many contributors to Euromoney’s survey have stated.

One of those is Norbert Gaillard, an independent country risk expert and eurozone specialist, who believes Germany can withstand slowing GDP growth, banking sector problems and political instability without any particularly detrimental effect on total creditworthiness.

After all, Germany is the 11th safest country worldwide in Euromoney’s global risk rankings, remaining comfortably within the top tier of safest credits, on a total score of 82.3 points out of 100.

That said, he does see risks for both Germany and France from the weakening credit position of Italy, “which might lead to a severe eurozone debt crisis”, he says.

Others have also stated the rise of populism is driving a more nationalistic strategy, with green politics creating non-tariff barriers, and in both Germany and France the trend towards government support to protect domestic business creates risk for foreign investors.

There is also pressure for loosening the fiscal purse strings, with Germany’s Social Democrats leading calls for a rise in the minimum wage and other welfare spending.

France is lower down the scale than Germany, a tier-two sovereign borrower lying 22nd in the global risk rankings, sandwiched between the United Kingdom and Malta.

President Emmanuel Macron’s government is under pressure to devise and implement policies to mitigate the effects of austerity, and has already reversed the fuel tax rises sparking the yellow-vest protests.

Unemployment, while falling last year, remains high, and labour market uncertainty is increasing as the economy slows and the government implements reforms.

Real GDP increased by 0.3% in the fourth quarter of 2018, according to Eurostat, with year-on-year growth slowing to 0.9%, but there is little sign of improvement.

The risk score for France has fallen by 20 points since 2007 and looks to be on the slide again this year.

The latest economic sentiment indicator produced by the European Commission, providing a measure of business confidence, fell in January to the same level prevailing in November, following a temporary bounce in December.

Confidence within the construction sector is buoyed by cheap credit and improving weather conditions, but manufacturing confidence has dived.

He compares Germany’s persistent and large-scale trade surpluses with France focusing on increasing its services exports, especially financial services, to capitalize on Brexit and problems in German banking.

This is forcing the two main economies of the euro area into “an increasingly challenging zero-sum competition, reducing the policy space for euro area reforms and undermining future growth potential”.

He also notes the ramifications of the recent exchange between Macron and Kramp-Karrenbauer concerning the European banking union and capital markets union reforms.

Their two visions are deeply at odds.

The German vision tilts in favour of national champions, with German banks that are ‘too-big-to-fail’ trading in European markets and challenging their French counterparts.

These rifts between the two largest eurozone members, says Gurdgiev, “are likely to foster a stalemate, resulting in structural economic slowdown and reduced growth potential”.