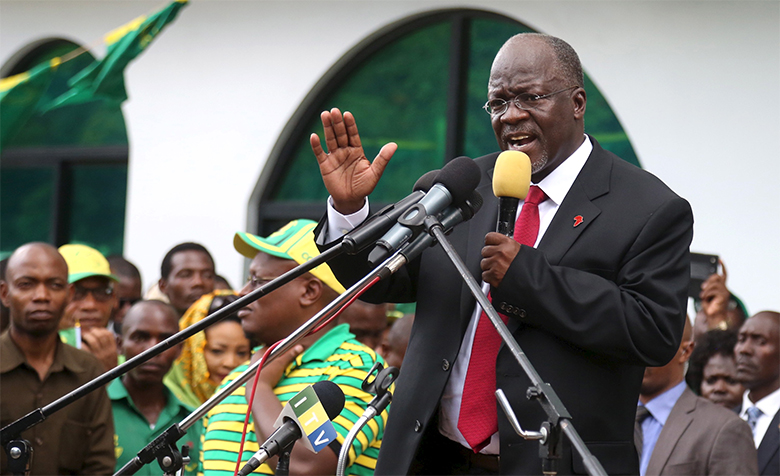 Tanzania will find it difficult to fulfil its huge infrastructure needs in the short to medium term given its challenging political situation, which has led to international investors and multilateral donors distancing themselves from the country, say analysts.

President John Magufuli – nicknamed the ‘Bulldozer’ due to his tough stance on corruption – has introduced a swathe of populist policy measures since his election in 2015, giving international investors cause for concern, with many of them pulling out of Tanzania or taking a ‘wait and see’ approach to investing in the country.

“Investor sentiment on Tanzania has weakened since 2014,” says George Bodo, director at Callstreet Research and Analytics. “This is best captured in foreign private inflows (FPI) into Tanzania. FPI began falling in 2014, just a year before elections, and plunged below $1 billion just after Magufuli began his violent reform programme.”

“Foreign direct investment (FDI), which accounts for over 90% of FPIs on average terms, took a similar pattern and fell below $1 billion in 2016,” he adds.

Controversial policies such as banning pregnant girls from attending school, outlawing political rallies, the creation of a taskforce to identify and punish members of the LGBT community, and stopping gold and copper exports have all fed into investor fears.

In 2015, the government passed the Statistics Act, which made it a crime for people in the country to publish false statistics. In August of this year, the Act was amended to remove the threat of arrest to civil society groups and individuals that publish independent statistics on the country’s economy.

“This is at the heart of the country’s issues,” says an Africa economist based in London. “Magufuli has created an environment where it is difficult to criticize the government, which will of course raise alarm bells for investors.”

In July 2017, the London-listed mining company Acacia was landed with a $190 million tax bill amid claims by the government that it had under-reported exports. The company was later alleged to have broken environmental regulations. Following these issues, Barrick Gold, Acacia’s largest shareholder, agreed to a buy-out of the company worth $1.2 billion.

Barrick will pay $300 million to the government of Tanzania to resolve the dispute and the government will receive a 16% stake in three Tanzanian mines under Barrick’s control.

Investor sentiment on Tanzania has weakened since 2014… foreign private inflows began falling in 2014, just a year before elections, and plunged below $1 billion just after Magufuli began his violent reform programme

Despite the restrictions, the Tanzanian Central Bank says that gold exports have increased 25.1% to $1.91 billion at the end of August compared to the year before.

“It is hard to understand how gold exports have held up so well, given the difficult relationship between Acacia and the government which must have impacted on the mine’s operations,” says the London-based Africa economist. “The government states that GDP growth is predicted at around 7% for 2019, while the IMF suggests that this will actually be closer to 5%. There are still a few questions around how they are coming up with these calculations – and will be another cause for concern for investors.”

According to Tanzania’s National Bureau of Statistics, GDP growth reached 7.2% in the second quarter of 2019, up from 6.2% one year earlier, due to good performance in the construction, mining and communication services sectors.

One of Magufuli’s campaign pledges was to transform Tanzania into a middle-income country by 2025 by investing millions of dollars in the country’s failing infrastructure. This included the development of a number of flyovers in Dar es Salaam to ease traffic, a standard gauge railway to connect the port of Dar es Salaam to Rwanda and Burundi, and a 700 metre-long hydroelectric dam in Stiegler’s Gorge, an area renowned for its outstanding natural beauty and on the UNESCO World Heritage list.

“One contentious issue at the moment is the funding of Magufuli’s hydroelectric dam, which lacks international support,” the London-based economist says. “Finding the cash to develop this will be difficult, given that investor sentiment is risk off.”

The predicted cost of the standard gauge railway is $14.2 billion and the dam $3.6 billion. The first flyover in the country was built with a grant from Japan.

“Tanzania will find it difficult to fill its infrastructure deficit given current investor sentiment, but concessional funding from the likes of the World Bank and the AfDB [African Development Bank] will remain open, even though both institutions worry about the political direction the country is taking and would thus inevitably attach reform conditions for disbursements,” says a Kenya-based economist.

“There are countries in sub-Saharan Africa with bigger economic issues and even more controversial political issues and they have still been able to raise debt, so if Tanzania wanted to issue debt in the international capital markets, it could – but this would of course come at a premium,” he says.

International investors welcomed Magufuli’s election in October 2015 due in part to a campaign focused on stamping our corruption and unemployment – both issues that had damaged the economy and prevented Tanzania from fulfilling its potential.

In October, Amnesty International and Human Rights Watch both published reports accusing Magufuli of repressing political dissent, limiting the activities of important NGOs in the country and stifling independent journalism. Both organizations call for Magufuli to release detained journalists and political opponents immediately.