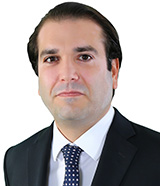 For the foreseeable future, gaps in industry infrastructure are expected to prevent the wholesale industry migration of certain physically settled products to central clearing, including FX options.

It is possible that many bilateral trades will migrate into central clearing.

However, not all FX trades will be clearing-eligible for the foreseeable future, adds Chris Perkins, global head of FX prime brokerage and over-the-counter (OTC) clearing at Citi.

“For these transaction types, the capital and operational efficiencies delivered by FX prime brokers will be more valuable than ever and may be attractive to new client segments, including asset managers,” he says.

According to R5FX’s Vollemaere, FX is moving inexorably towards a centrally cleared model as evidenced by the number of exchanges buying OTC FX venues.

“We have been saying for years that it makes sense to use a clearer as a more efficient way of settlement and UMR will only push that further,” he says. “However, clearers need to review their pricing of FX products for the marriage to last.

“Additionally, UMR doesn’t impact spot, which seems to be working efficiently, so I don’t expect any significant changes there.”

Andy Coyne, co-founder and chairman of Cobalt, reckons credit decisions will be initially driven by how much can be traded and access to best price, followed by a separate decision on the clearing model.

Meanwhile, Jason Hughes, global head of sales at ADSS, is even more circumspect, suggesting that central clearing may not add to the efficiency of the interbank FX market.

Any change to the status quo will need buy-in from many participants, explains Hughes.

“We have seen a move to exchange or central-cleared models in other highly liquid OTC markets being met with a muted response from investors and market makers who prefer the traditional approach, particularly if transactional costs remain lower in the established model,” he says.

Hughes also expresses concerns about how central clearing could impact liquidity, noting that any move that essentially creates two avenues for traders or investors – such as centrally cleared versus traditional OTC – will likely have a negative impact on liquidity.

“Higher costs in any financial market, either in terms of margin or transactional fees, normally result in a reduction of volume,” he adds.

Citi’s Perkins, though, observes that other markets have managed to maintain deep liquidity under the cleared paradigm and that central clearing delivers additional benefits to clients, including strong segregation and portability, further mitigating counterparty risk.

Vollemaere concludes: “Liquidity would be impacted in the short term as prime brokers work to get pricing right and some marginal clients move away from trading FX, but the market is used to managing new regulations, and liquidity would bounce back.”