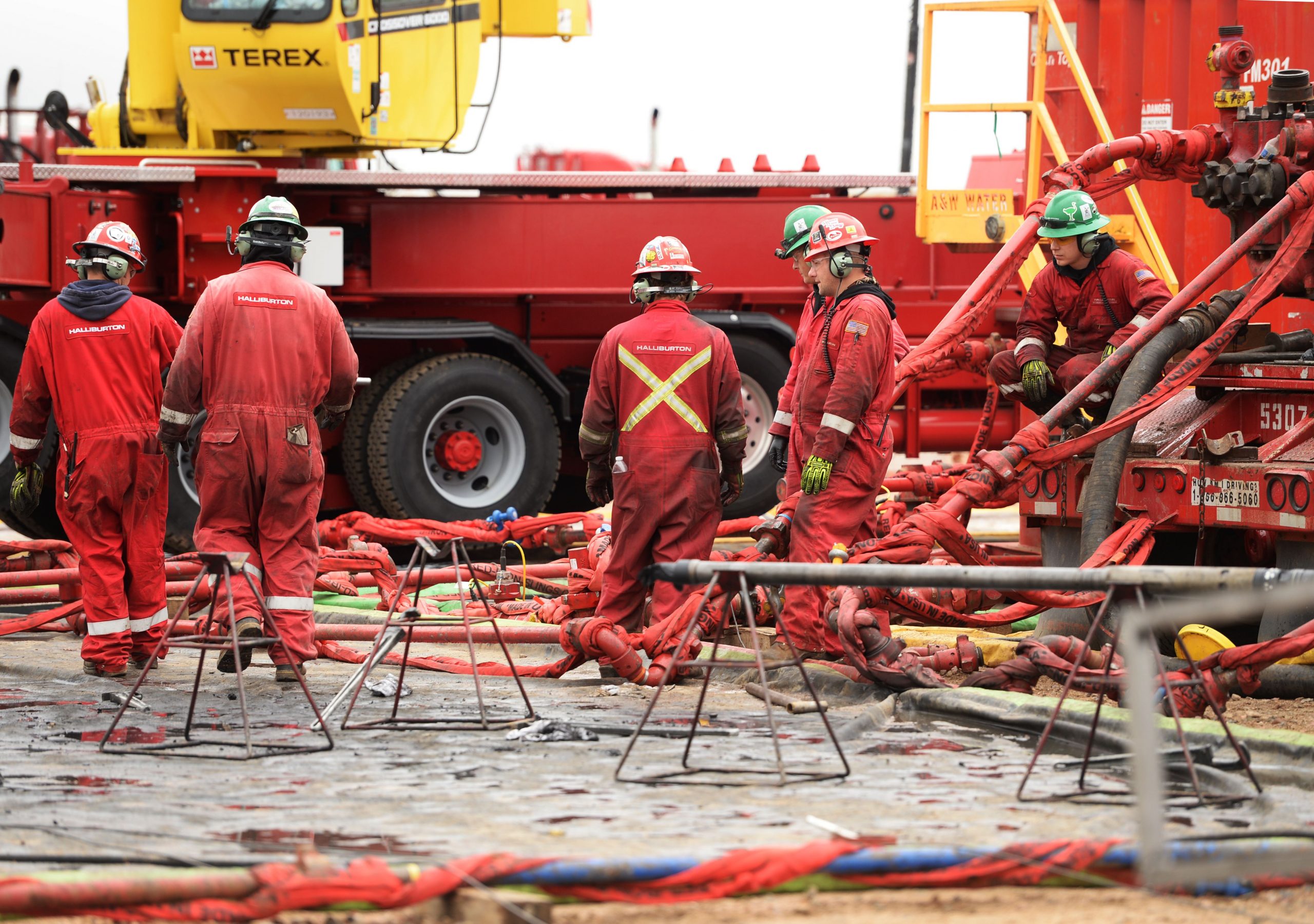 Chevron may try to lure Anadarko away from Occidental Petroleum, but some analysts expect a lower bid than its rival.

The typically conservative diversified oil companies are eyeing Anadarko’s prime acreage in the Permian Basin, and in the case of Chevron, it also sees deepwater and liquified natural gas assets it likes. Plus Chevron can more easily digest a big deal, something that may make its stock a more attractive piece of the offer, analysts said.

Anadarko said Monday it was considering Occidental’s $38 billion offer, after it agreed to Chevron’s $33 billion takeover bid just weeks ago. That sets the stage for another round of bidding, but Anadarko stock is not responding as if investors expect to see the offers go much higher. Occidental’s bid was worth $76 per share when announced last week, and the stock has lost about 2.8% since then. Anadarko closed Monday at about $72.93, up 13 cents.

“I don’t think Chevron has this as a buy-at-any-cost-type approach,” said Dan Pickering, co-president and chief investment officer of Tudor, Pickering, Holt & Co.

“My guess is Chevron comes back with an improved bid but not necessarily one that is significantly higher or even higher at all than Oxy. Then the ball is in Oxy’s court to tell us how much they want this business. For Oxy, we’re probably approaching the place where if a bid gets much higher than that, the market starts to worry about their leverage,” he said.

The outcome of the high stakes merger battle could also determine whether there’s a deal frenzy in the oil patch. Pickering said it’s only been recently that the stock of the majors has traded at such a premium to exploration and production companies, giving them better currency for deals.

“To me, it seems like we’re one deal away from a bunch of deals,” he added. “I think it goes back to combinations that make industrial sense.”

Occidental, which had been rebuffed earlier by Anadarko, offered a $76 cash-and-stock deal, valued about $11 more per share than Chevron’s offer on the day it was announced, April 12.

Anadarko agreed to negotiate with Occidental on its offer, but its board also reaffirmed the recommendation of its existing merger agreement with Chevron.

“I think Anadarko is probably angling for Chevron to raise its bid. It’s a $7 billion gap between Chevron’s bid and Anadarko’s bid,” said Stewart Glickman, energy analyst at CFRA. “They would still be technically better off from a pure numbers stand point. They might be better off with Chevron. … I think Chevron is a better fit than Anadarko, Occidental.”

Glickman said he doesn’t believe Chevron would have to top Occidental’s offer in order to win, but Chevron may have to narrow the gap between the offers. “If part of your selling point is if it’s a growth driver for you, that might work in Chevron’s favor,” he said. “Chevron has a bigger war chest, three times as much cash as Oxy. I think they can afford to do it. Chevron has $9 billion on its books, Occidental has $3 billion. I don’t think Occidental can afford to bid higher than what they already bid. If you’re going to spend $38 billion and they only have $3 billion, then they either have to raise more debt financing or they have to do a secondary. I think Oxy looked at this and said we’re going to make our first and best offer,” he said.

Paul Sankey, Mizuho energy analyst, said he believes both companies could bid into the low $80s per share if they wanted to, and the deal would still be accretive. Occidental also has the $1 billion break up fee on the Chevron deal if it wins.

Occidental also needs shareholder approval, but Chevron does not. “We believe the market has more faith in Chevron’s stated synergies, which appear to be under-promise/over-deliver type numbers, than OXY’s, which appear to be ambitious in order to make their unsolicited bid look viable,” Sankey wrote in a note.

Sankey said Chevron might even be able to squeak out as much as $90 per share, but it won’t. “We aren’t likely to see [Chevron] bid aggressively into a “winner’s curse” type auction. Chevron CEO Mike Wirth said as much on the 1Q conference call on Friday,” noted Sankey.

Pickering said the deal is considered to be transformational by Occidental, but for Chevron it is more a way of business. The risks involved for Occidental are greater.

Pickering said the oil price is not driving the current bids for Anadarko, and the environment is more like the 1990s when major oil companies were formed from mergers, like BP with Amoco and with Arco, and Chevron and Texaco. Companies then were looking for ways to grow their businesses but not counting on higher oil prices.

“Now we’re talking [oil in] mid-$60s, a pretty good price. We have all these macro factors playing in, but I think this process would be taking place if oil was $50 or oil was $70. I think the industrial logic both the buyers are talking about makes sense, and I think the valuation opportunity would have been present at $50 and would probably be present at $70,” he said.