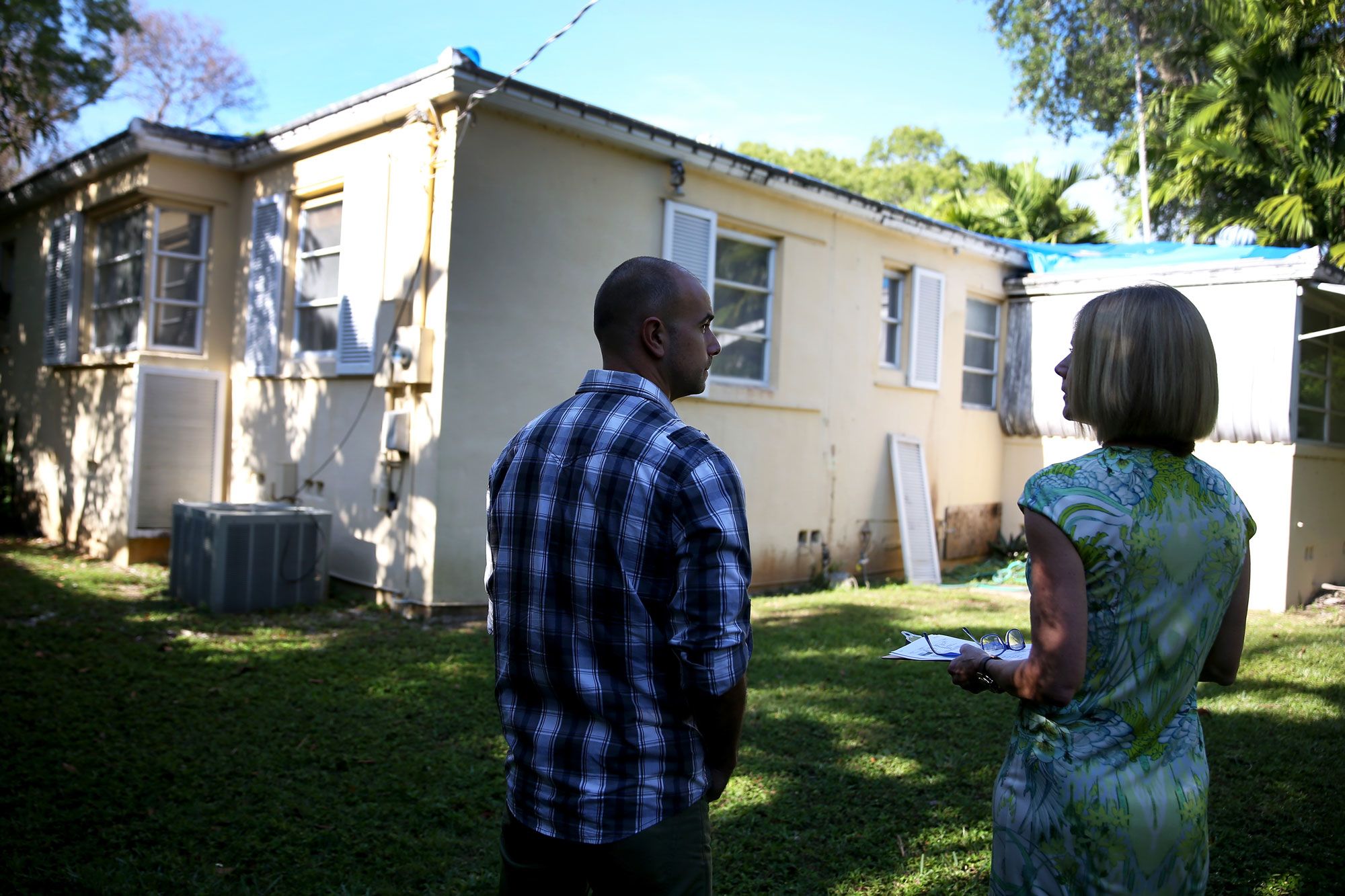 A prospective home buyer, left, is shown a  home by a real estate agent in Coral Gables, Florida.

House shoppers signed 3.8% more contracts to buy existing homes in March compared with February, according to the National Association of Realtors’ pending home sales index. That was higher than analysts had expected.

Sales were 1.2% lower compared with March 2018, the 15th straight month of annual declines.

Buyers had added incentive in March, as mortgage rates plummeted to the lowest level in more than a year. The average rate on the popular 30-year fixed mortgage topped 5% at the start of last November, but then began falling and took a sharp dip in March to just around 4%. That gave buyers additional purchasing power, as well as more confidence in the overall market, where prices have been overheating.

“We are seeing a positive sentiment from consumers about home buying, as mortgage applications have been steadily increasing and mortgage rates are extremely favorable,” wrote Lawrence Yun, chief economist for the Realtors in a release.

Yun also noted that pending sales have been exceptionally fluid over the past several months but predicted that numbers will begin to climb “more consistently.”

Mortgage applications to purchase a home, however, have weakened over the past several weeks, as mortgage rates are now about a quarter of a percentage point higher than they were in March.

Home price gains have been shrinking since last summer, but only after affordability had fallen to the worst level in more than a decade. Prices rose 4% nationally in February, down from January’s 4.2% annual gain, according to the S&P CoreLogic Case-Shiller home price index.

“Despite some affordability issues in the West, the numbers indicate that there is a reason for optimism. Inventory has increased, too. These are great conditions for the region,” added Yun.

The supply of homes for sale continues to increase, according to the Realtors, but that rise may be more about homes sitting on the market longer, rather than a big jump in new listings. The shrinking price gains could help, but only if rates stay low.

“The slowdown reflects the wider range of inventory that buyers had available this winter, which gave them more breathing room around prices than they have had in a while,” wrote Matthew Speakman, an analyst at Zillow. “Buyers might be lured by falling mortgage rates heading into spring, although rates have been low for so long that they no longer spur the kind of intense demand that drives up prices.”