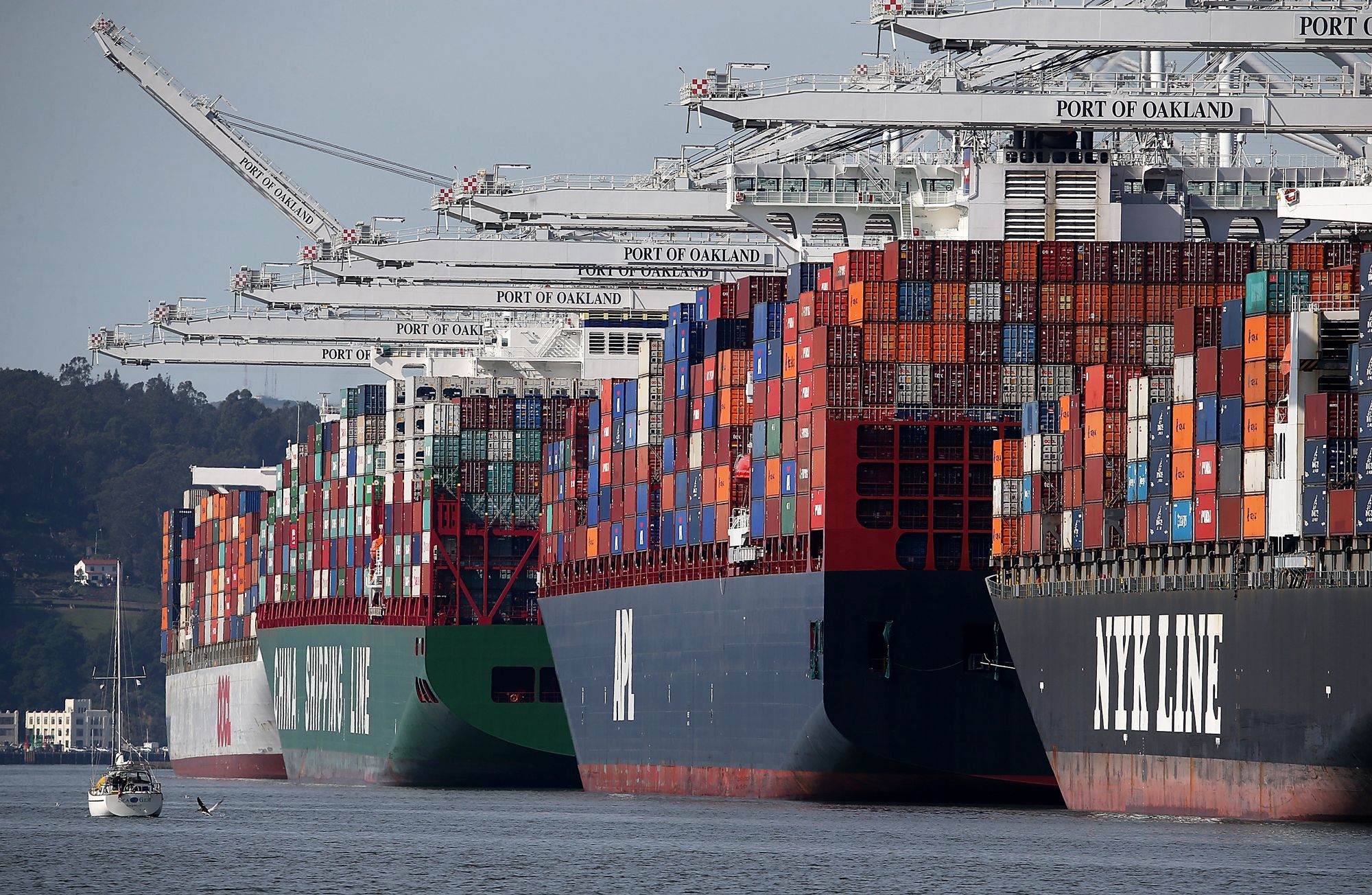 Roughly one year into the U.S. trade war with China, importers and exporters are still finding workarounds for the tariffs. But with new tariffs going into effect this month and no end to the battle in sight, experts say it may be only a matter of time before the full impact is felt.

The ripple effect will reverberate throughout state economies in a myriad of ways. But it’s California that stands to lose the most, trade experts say. In terms of sheer volume, California conducts more trade with China than any other state in the country. Total trade with China tops $175 billion. That, along with the flow of Chinese investment into the state, can seriously impact California’s GDP growth and crush its $2.7 trillion economy.

The latest escalation in the trade war, with some tariffs rising to 25% on June 1, comes as overall economic growth in California begins to cool. The state’s economy grew by 3.5% in 2018. That pace slowed to 2.% in the first quarter of 2019, according to the U.S. Commerce Department.

For now, shippers are girding for the fallout.

At the Port of Oakland in California, Maritime Director John Driscoll said he was surprised last week when volume of containerized agricultural exports for May came in 8.4% higher than one year ago — the third consecutive monthly increase.

“What we feel from talking to customers and talking to users of the port is that they are finding other markets. They’re tapping other things. They’re being creative of where they’re sending their products to other countries,” Driscoll told CNBC.

Agricultural exports rose 12% in the first four months of the year, led by increases in shipments to Taiwan, Vietnam, Korea and Japan. Ag exports to China also rose despite the tariffs, but only by 5%.

Driscoll believes that in addition to finding alternative markets in Asia, some exporters are still “front-loading” — trying to get shipments in ahead of even steeper tariffs to come.

“It very well could be that this is still a residual impact of importers and exporters trying to get in and out before they don’t know what’s going to happen next in the future,” he said.

All of which suggests that the increases in volume could be only temporary.

“We’re a little bit skeptical to know what’s going to happen in the future, because we’ve seen a lot of front-loading,” Driscoll said. “So the unknown and the uncertainty is if this continues and tariffs impact these volumes in the future, we could see some falling off of our volumes.”

Overall, California exports to China — beyond the agricultural products that flow through Oakland — are already feeling the impact of the trade war, according to the U.S. Census Bureau. Volume for the first four months of 2019 is down roughly 13%. Computers and electronic components make up nearly 26% of the state’s exports to China, according to the California Chamber of Commerce.

The fallout effect on the states

No state stands to lose more in a protracted trade war with China than California, which shipped more than $16.3 billion worth of goods to mainland China in 2018, according to the U.S. Census Bureau. California is also by far the biggest importer of goods from China, bringing in $161.2 billion in goods last year and $39 billion in the first four months of 2019. Other big exporting states to China include Texas, which sent about $16.6 billion in goods last year, Washington at $15.9 billion, South Carolina at $5.6 billion and Oregon at $4.7 billion.

“For about the last 15 years, China has been the fastest-growing export market for American companies,” said Erin Ennis, senior vice president of the U.S.–China Business Council, which represents some 200 U.S. companies doing business in China.

Because different products get into the Chinese markets in different ways, the impact of the tariffs on the states varies, she said.

The biggest impact is on cross-border transactions, where goods move directly between the two countries.

“Agriculture, electronics, industrial processes — these kinds of products where it represents the largest percentage of U.S. exports — are, as a consequence, at most risk of China’s tariffs,” Ennis said, adding that Illinois, which exports agricultural products and chemicals to China, was especially hard hit in 2018. Same story in Louisiana. Texas, which is also the largest exporter of electronics to China, was also hit hard.

Ennis said the increase of some tariffs to 25% — first by the U.S., followed by China in retaliation on June 1 — may be too much for even the craftiest workarounds.

“We’re likely to see in the coming months some increases in prices, not just of consumer goods but even for the industrial inputs that go in to the higher-end products that companies use to be able to do business,” she said.