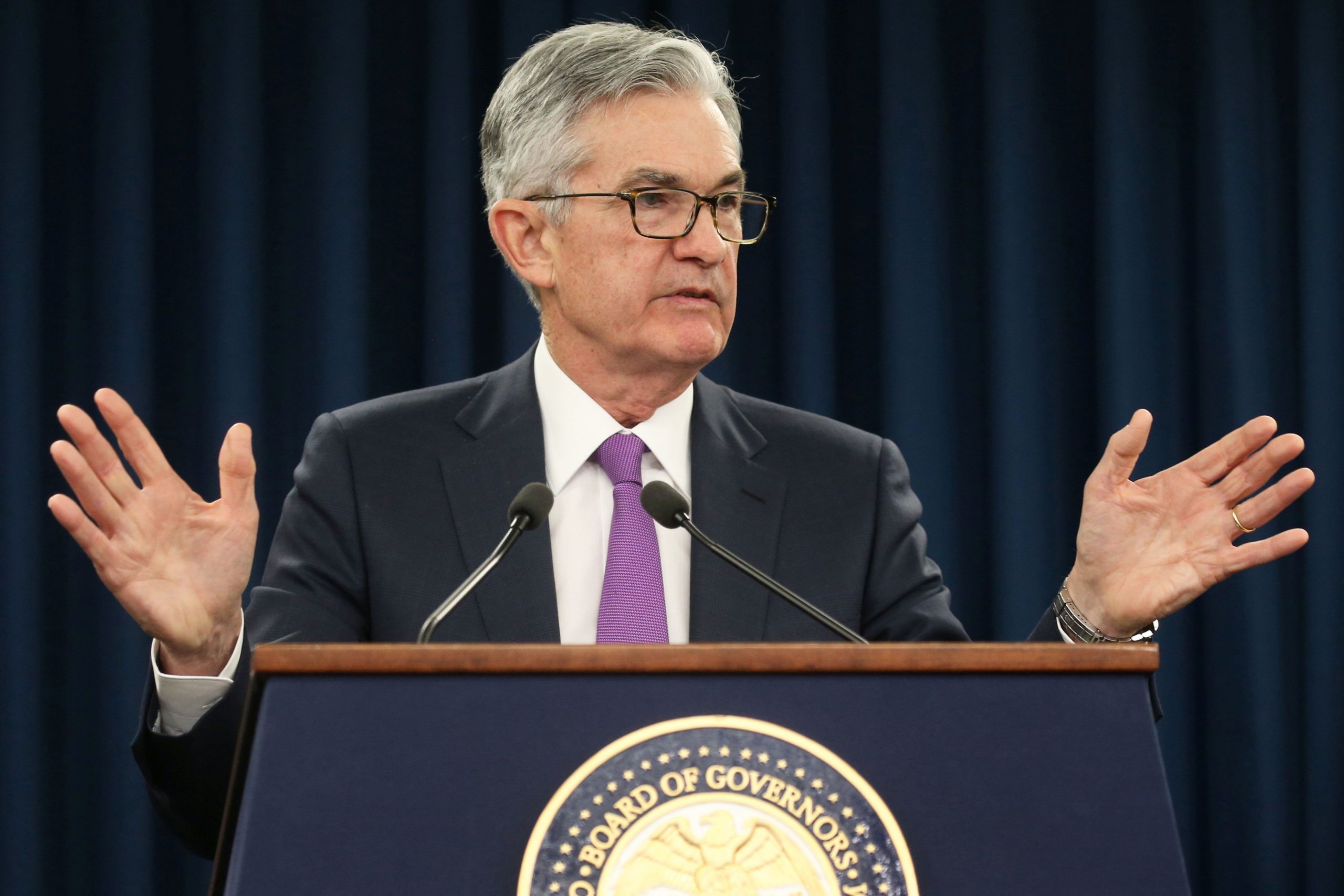 The Federal Reserve may be on its way to delivering a half-point interest rate cut next month even though economic conditions don’t seem to warrant such an aggressive move, according to Goldman Sachs economists.

In a substantial revision to its prior forecasts that the central bank would stand pat, Goldman now sees a likelihood of two rate reductions this year. Prior to this week’s Federal Open Market Committee meeting, the bank had indicated that “the hurdle for mid-cycle easing is rather high.”

However, a reading of the post-meeting statement combined with remarks Fed Chairman Jerome Powell made at his news conference and a realignment of individual members’ forecasting “dots” has shifted that outlook considerably. Seven of 17 committee members indicated they see a 50 basis-point cut in the funds rate by the end of the year, falling just short of being the consensus call, which now remains at no cuts but is expected to change.

“The results of [this week’s] meeting suggest that many FOMC participants are increasingly influenced by the expectations embedded in bond market pricing and other outside influences,” Jan Hatzius, Goldman’s chief economist, said in a research note. “The FOMC might well deliver a 50 [basis point] cut for fear of disappointing the market, even if the economic data do not paint a particularly worrisome picture.”

Futures pricing points to a 2.04% funds rate by the end of August, or 33 basis points below the most recent level. From a probability standpoint, the CME’s FedWatch tracker Thursday morning indicated a 100% chance of a cut at the July 30-31 FOMC meeting and a 36.4% chance that the reduction would be a half point.

The Fed’s benchmark sets the rate for what banks charge each other for overnight lending but also serves as a baseline for most consumer debt.

Goldman sees a larger cut “if the news flow disappoints and/or Fed officials feel compelled to get ahead of bond market pricing. … Conversely, the hurdle appears to be very high for the committee to forego a cut in July.”

At his news conference, Powell’s tone differed sharply from the May gathering, when he called Fed policy “appropriate” and said it would take a lot for the Fed to move either higher or lower in rates.

Since then, markets have been roiled by heightened trade tensions, a slowdown in manufacturing data and a continued inversion of the yield curve, which historically has suggested that a recession is coming in a year or so. Financial markets have been aggressively pricing rate cuts, and Hatzius made mention of a quote from Democratic political strategist James Carville, who once said he wanted to be reincarnated as the bond market because “you can intimidate everybody.”

“The magnitude of the decline in the dots, the addition of ‘will act as appropriate’ to the statement, and the tone of the press conference all signal that cuts are now likely. We expect two 25bp rate cuts this year, most likely in July and September,” Hatzius wrote.

In addition to the call on rates, Goldman now sees the Fed’s balance sheet reduction ending earlier than planned.

The Fed has been allowing a capped level of proceeds from its bond holdings to roll off each month, a program that began in October 2017 and has seen a total reduction of about $600 billion. The committee said a few months ago that the rolloff would end in September, but Goldman expects the Fed to announce in July that the program will wrap up in early August.

Powell himself said the Fed is keeping its options open.

“Of course, we haven’t made any decisions yet,” he said in response to a question. “Balance sheet runoff is very close to the end of its planned life. … I will certainly keep in mind what we said earlier this year, which is we’ll always be ready to adjust balance sheet policy so it serves our dual mandate objective.”

Goldman found other clues as to the direction in Fed policy, also citing the statement’s phrasing that the committee “will act as appropriate,” without qualifying it with “as always.” That type of move, Hazius wrote, “usually presages policy action.”

“Our reading of the meeting suggests that growth concerns are the primary justification, with low inflation lowering the hurdle required for Fed action,” Hatzius said.