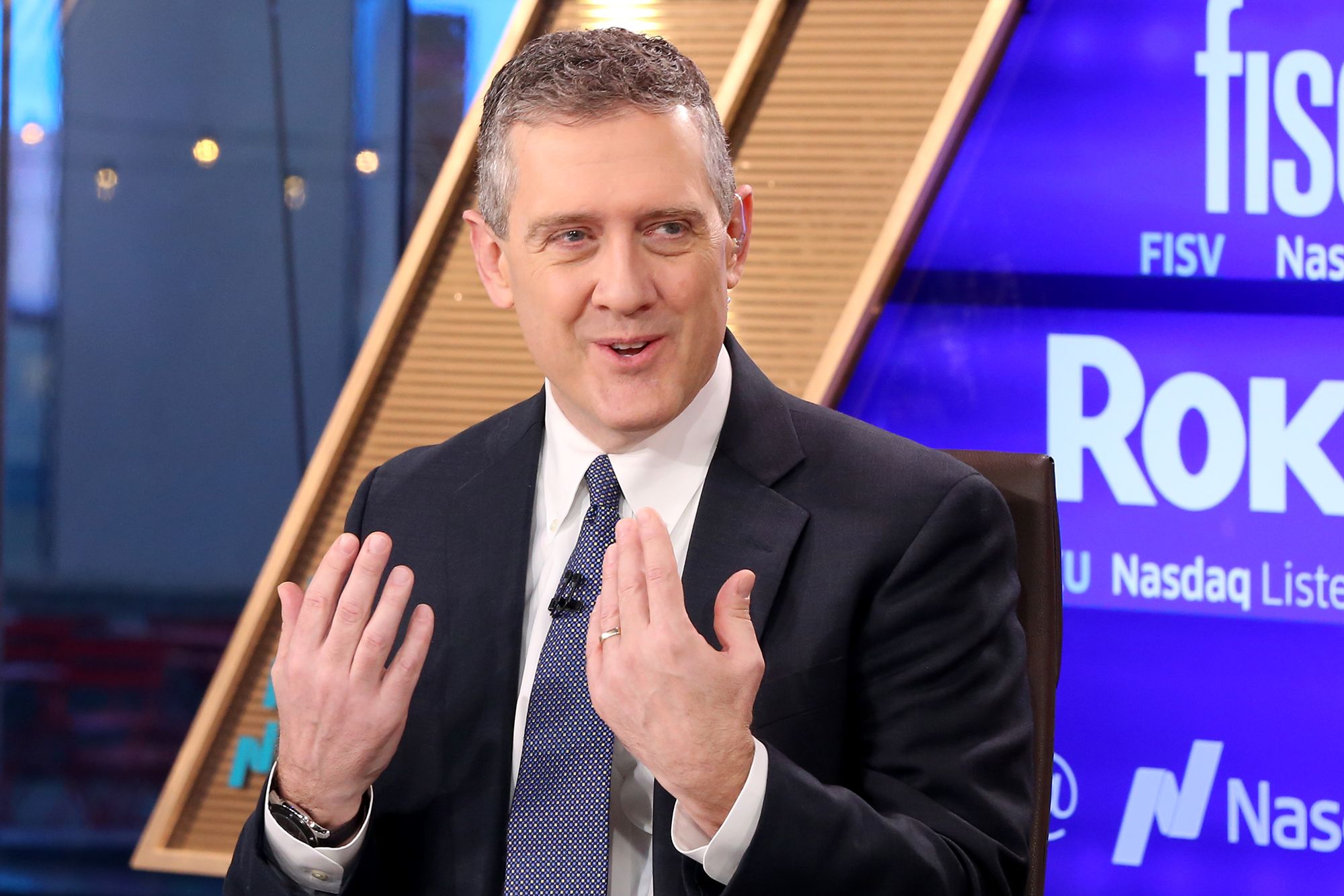 St. Louis Fed President James Bullard wanted his fellow central bankers to approve an “insurance” rate cut at this week’s meeting as a guard against weaker growth and low inflation.

In a statement Friday, Bullard explained his vote against the Federal Open Market Committee’s decision to leave its benchmark interest rate unchanged. He was the only one of 10 voting committee members to dissent, although documents related to the meeting indicated considerable uncertainty about future policy.

Low price pressures and an uncertain outlook with GDP growth “expected to slow” were central to his thinking. He differed with Chairman Jerome Powell’s assessment in May that inflation that has remained below the Fed’s 2% target is the result of “transitory” factors.

“In light of these developments, I believe that lowering the target range for the federal funds rate at this time would provide insurance against further declines in expected inflation and a slowing economy subject to elevated downside risks,” Bullard said. “Even if a sharper-than-expected slowdown does not materialize, a rate cut would help promote a more rapid return of inflation and inflation expectations to target.”

The concept of an insurance cut has been debated extensively in recent weeks. With overall economic growth still solidly on the plus side and unemployment at a 50-year low, supporters of Fed easing argue that other signs showing a weakening picture argue for preemptive Fed action against a further slowdown.

Though the FOMC held the line on rates at the June meeting, markets still widely expect a cut at the July 30-31 gathering followed by two more quarter-point reductions by the end of the year. In fact, multiple Wall Street economists now think a 50 basis-point cut in July is on the table.

Bullard indicated that he also thinks his colleagues are leaving open the possibility of policy changes.

“Although I disagreed with the Committee’s decision to leave its target range for the federal funds rate unchanged, I remain confident that the Committee will continue to monitor economic developments and respond accordingly as economic circumstances dictate, and I look forward to working with my colleagues to fulfill the FOMC’s mandates,” he said.

Bullard was not the only FOMC member who was pushing the central bankers for a rate cut.

Minneapolis President Neel Kashkari, a nonvoter this year, said in an essay that he wanted not only a 50 basis point reduction in the benchmark funds rate, but also was looking for a commitment from the panel that it would not raise rates again until core inflation, excluding food and energy, reached the Fed’s 2% mandate “on a sustained basis.”

“Given that it has taken years for the markets to learn our current reaction function, I don’t believe a rate cut or two in isolation will do much to boost inflation expectations,” Kashkari wrote. That is why I argued we should also commit to not raising rates from the new lower level until we see core inflation sustainably reach our target.

He was one of seven committee members who sought the half-point cut from the current target range of 2.25%-2.5%. In the essay, which appeared on the Minneapolis Fed site as well as the blogger site Medium, he said one or two rate cuts probably won’t do much to boost inflation.

By following his recommended commitment to wait for 2% inflation, it will boost market expectations while still giving the Fed more room to cut, he said.

“My proposed strategy keeps rates on hold for as long as necessary until we actually hit our target. I believe such a strong, credible commitment will boost inflation expectations, while not allowing them to drift too high,” Kashkari wrote.