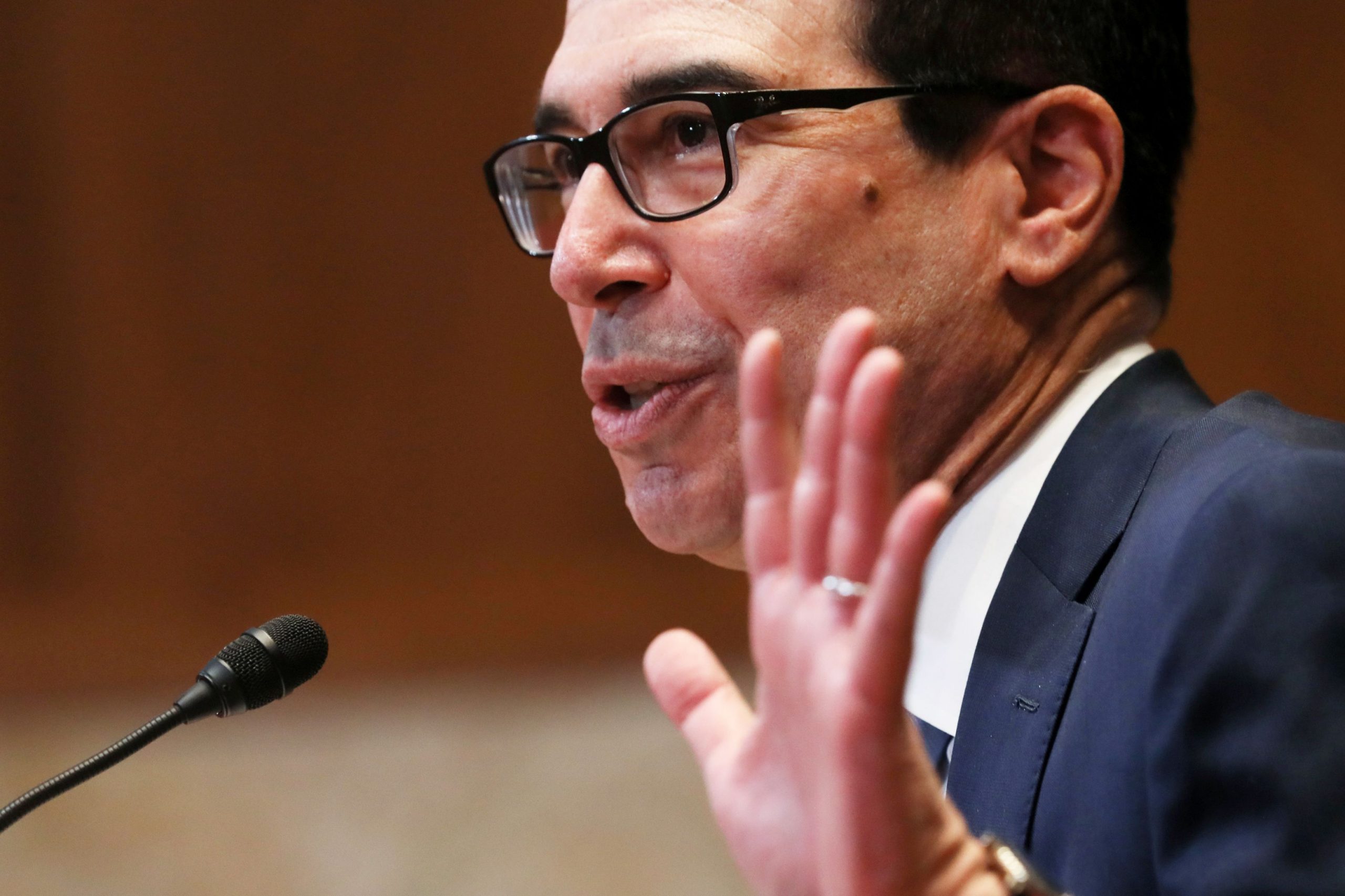 Treasury Secretary Steven Mnuchin told CNBC on Wednesday the U.S. and China were close to a trade deal, and he’s optimistic that progress can be made during weekend talks between President Donald Trump and China’s Xi Jinping.

“We were about 90% of the way there [with a deal] and I think there’s a path to complete this,” he told CNBC’s Hadley Gamble in Manama, Bahrain.

He said he’s confident Trump and the Chinese president can make progress in stalled trade talks at the Group of 20 meeting. “The message we want to hear is that they want to come back to the table and continue because I think there is a good outcome for their economy and the U.S. economy to get balanced trade and to continue to build on this relationship.”

He did not provide any detail on what the final 10% of an agreement might entail, or what the sticking points are to completing a deal.

Trump is meeting his Chinese counterpart on Saturday at the G-20 summit in Osaka, Japan. The outcome of the meeting could be pivotal for the global economy and financial markets, which has been rattled by 18 months of trade tensions between the economic giants and an escalation of tariffs on each other’s imports.

Officials have yet to negotiate a breakthrough, but there are hopes that a meeting between the two presidents could help the discussions. A Bank of America Merrill Lynch survey of investors found that about two-thirds expect no deal this weekend, but there would be no new tariffs either.

“I’m hopeful that we can move forward with a plan,” Mnuchin told CNBC. “President Trump and President Xi have a very close working relationship. We had a productive meeting at the last G-20.”

At their meeting in December at the G-20 in Buenos Aires, Trump and Xi reached a truce in the trade war, but talks in May broke down, and the countries added additional tariffs.

Mnuchin said he was hopeful a deal could be struck by the end of the year but said “there needs to be the right efforts in place.” Dow futures jumped after Mnuchin’s comments and signaled a higher open for Wall Street Wednesday.

Talks between the U.S. and China broke down in May because China reportedly did not want to commit to changes in its laws to help allay U.S. concerns about intellectual property theft, forced technology transfers and currency manipulation.

Commerce Secretary Wilbur Ross has previously played down hopes for a Trump-Xi breakthrough this weekend, saying in mid-June that “the most that will come out of the G-20 might be an agreement to actively resume talks.”

The trade war has impacted the Chinese and U.S. economies, despite both presidents insisting otherwise. In April, the International Monetary Fund lowered its global growth forecast for 2019 to 3.3%, down from an earlier forecast of 3.5%, citing ongoing global trade tensions as the rationale for the downgrade.

The U.S. Federal Reserve is under pressure from Trump to cut rates to stimulate the economy, but Fed Chairman Jerome Powell emphasized the central bank’s independence in a speech Tuesday and said the Fed was “insulated” from “short-term political interests.” Still, at a policy meeting last week the Fed hinted that it could consider cutting interest rates later this year.

As well as concerns over Sino-U.S. relations, geopolitical tensions have arisen from bellicose rhetoric between the U.S. and Iran following Trump’s decision to withdraw from an international nuclear deal and reimpose sanctions on the Islamic Republic.

Relations have deteriorated further after Iran downed an unmanned U.S. spy drone last week, claiming it was over Iranian territory. The U.S. insists it was over international waters. On Tuesday, Trump threatened to attack Iran in retaliation for any strikes by Tehran “on anything American.” This came after Iran’s President Hassan Rouhani questioned the mental competence of the U.S. president.

Mnuchin told CNBC that Iran’s backlash meant that sanctions are working and that the U.S. was concerned with Iran’s “really bad behavior.”

Correction: Earlier headlines were revised to correct that Mnuchin was using past tense when he described 90% progress in U.S.-China talks.