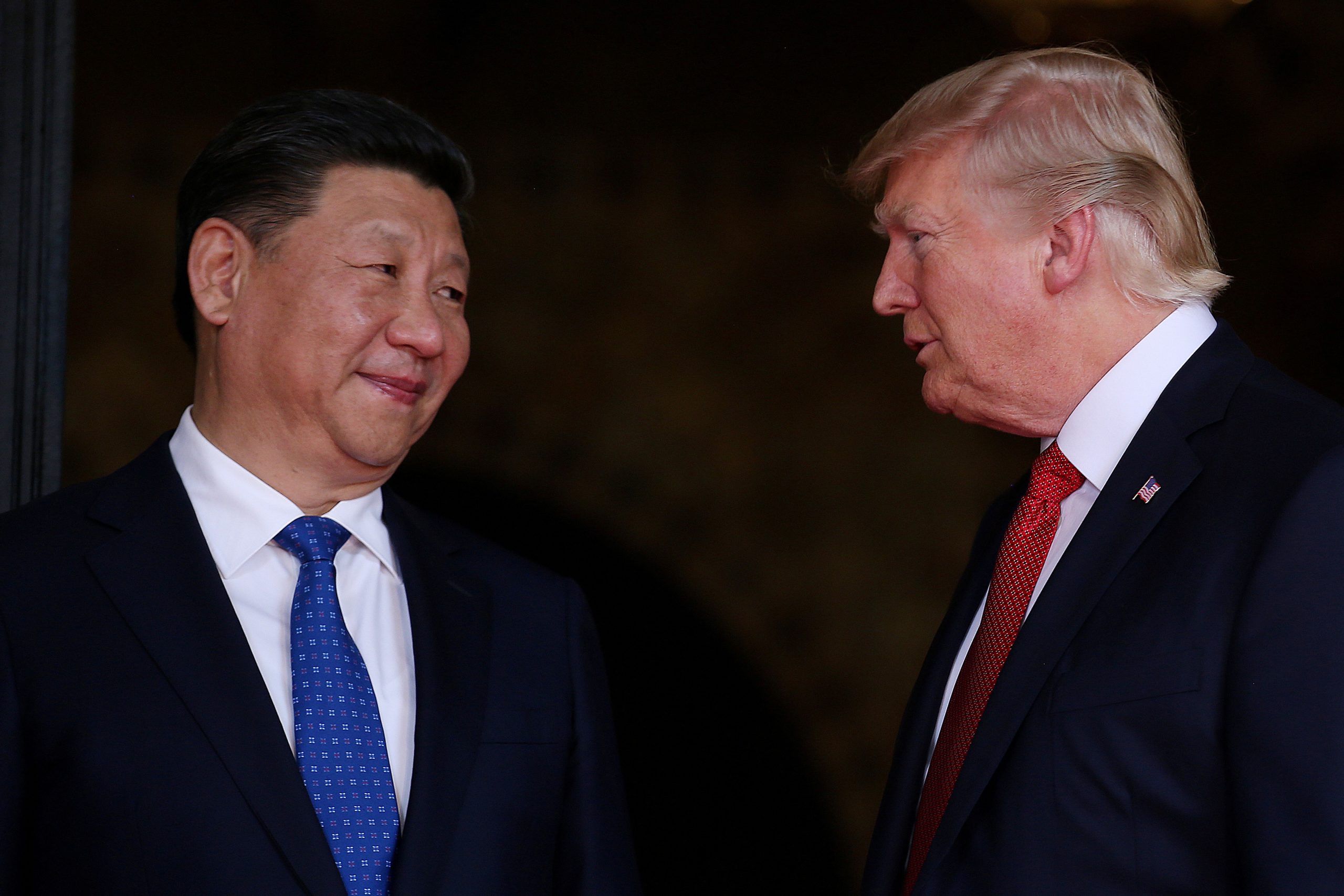 U.S. President Donald Trump and Chinese President Xi Jinping are poised to write the latest chapter in their globe-shaking trade war when they meet Saturday morning in Japan.

The leaders of the world’s two largest economies are set to discuss a range of issues when they face off around 11:30 a.m. local time in a bilateral event during the G-20 summit in Osaka. Trade, however, will be at the top of the agenda.

Not only will their highly anticipated discussion likely set the near-term tone for the U.S.-China relationship, but it may also have significant ramifications for the global economy.

“Clearly, the most suspenseful meeting in terms of the impact on markets and the global economy is going to be President Trump’s meeting with President Xi,” said Michael Hirson, practice head of China and North East Asia at political consultancy firm Eurasia Group.

Many experts expect that the two leaders are likely to agree to a temporary pause in any trade war escalation, but Trump himself has suggested he may be looking to levy new tariffs on China if he doesn’t like what he hears from Xi. On the other hand, there have been sporadic hopes that Saturday’s meeting could result in some sort of long-term deal.

Hirson told CNBC on Friday that a truce is likely, but a concrete trade deal is more of a stretch.

Eurasia Group isn’t the only one keeping expectations low. David Adelman, a former U.S. ambassador to Singapore, said he expects a similar outcome to the December meeting between the two leaders — when they agreed to halt a planned increase in tariffs so negotiators could attempt to work out their differences.

“I expect a very similar story, but it’ll be more difficult in 2019 than in 2018 because a lot has transpired in the months since then,” Adelman said.

Since the latest round of talks broke down in May, Washington has tariffs on $250 billion worth of Chinese imports, and Beijing has retaliated with levies on $60 billion worth of American goods. Trump has threatened to extend his penalties to cover another $300 billion of goods, which is essentially everything else China exports to the U.S.

Although many are predicting a pause, experts said it’s not out of the realm of possibility that Trump will make good on his threat.

“I think it’s quite possible that we’ll see the U.S. move ahead, perhaps not immediately, with some tranche of the remaining 300 billion,” said Hirson, adding that any new tariffs could be the ones that “impact U.S. households the most.”

Huawei may be a factor

Beyond tariffs, the U.S. government has also imposed sanctions on China’s technology, notably taking action against Huawei on several fronts over concerns about technological security.

Multiple reports suggest that Xi will be looking to include the tech giant in any deal he makes with Trump. A person familiar with the matter told CNBC that China believes any new agreement reached at the G-20 will need to be evenhanded, and two sources said Huawei is a major priority for the meeting.

In its latest escalation against the telecommunications giant, the Trump administration moved in May to blacklist Huawei from readily accessing American products. The restriction comes at a time where the two countries are racing to become leaders in 5G, the latest generation of mobile networking that’s expected to be critical to connectivity and national security.

Washington has warned that the tech behemoth poses a national security risk, and has asked allies to do the same. Separately, the U.S. government ordered the arrest of Huawei CFO Meng Wanzhou in Canada, and is now seeking to extradite her for alleged bank and wire fraud for alleged violations of American sanctions on Iran.

“The U.S. action against Huawei in May has really shifted the mindset in Beijing in policy circles to a belief, a common belief, that the U.S. is out to contain China and in particular to contain China’s technology ambitions,” Hirson said.

“Unless there is some kind of modification to the Huawei export ban, I think it’s going to be difficult for China’s leadership to continue in trade negotiations, or if they do continue, to make concessions in these areas of technology policy that are at the center of the dispute.”

The Trump-Xi meeting is a globally significant event because the ongoing trade war has roiled many countries’ economies and disrupted businesses’ international supply lines.

OECD Secretary-General Jose Angel Gurria told CNBC on Friday if talks between Trump and Xi falls through, it would “be very, very destructive.”

A fallout, he added, “would spill over to practically every single economy in the world … because (the U.S. and China) have this massive relationship with the rest of the world, you would have this inevitable impact, very negative impact.”

The International Monetary Fund warned in June that the implemented and proposed tariffs could potentially cut global economic output by 0.5% in 2020.

Though a “no-deal” could be consequential, Charles Freeman, senior vice president for Asia at the U.S. Chamber of Commerce, said there’s some truth to Trump’s allegations of unfair practices from Beijing.

A US cargo ship seen at the Yangshan Deep-Water Port, an automated cargo wharf, in Shanghai on Apr. 9, 2018.

He added that his complaint lies in the way the administration is choosing to address its grievances. Imposing tariffs, he said, is not just creating short-term pain but also uncertainty for businesses around the world.

“It’s not just U.S.-China uncertainty; it’s global uncertainty,” Freeman said. “Businesses hate uncertainty, it’s just not good for anybody, and we need to move on.”

Just one day before the meeting, Xi appeared to address the tariff battle. Some developed countries, the Chinese leader said, are taking protectionist measures that lead to trade conflicts and economic blockades.

“All this is destroying the global trade order,” Xi said. “This also impacts common interests of our countries, overshadows the peace and stability worldwide.”

It’s not just China that is feeling economic pressure from the ongoing trade war. Many American firms are also paying for the contest between Beijing and Washington.

“Clearly we’re seeing some challenges in terms of goods being held up in customs, in terms of licenses being delayed, in terms of unwanted scrutiny and unnecessary scrutiny, in terms of regulatory inference,” said Freeman.

Earlier this month, Apple was said to be considering moving final assembly for some products out of China to avoid the burden of potential American tariffs, The Wall Street Journal reported.

The Apple logo is seen on the window at an Apple Store on January 7, 2019 in Beijing, China.

Apple isn’t the only one considering a move out of China due to escalating trade tensions.

“It’s pretty hard to move a supply chain on a dime and many of our companies have looked at the cost and have said, ‘Well if we could move, we will,'” said Freeman.

He added that, in many cases, U.S. companies operating in China are thinking that they have already spent so much building up supply chain infrastructure in China that even if there will be 25% tariffs on their goods, they’ll just have to figure out a way to manage.

Adelman said the manufacturing shift out of China has obviously helped some Southeast Asian countries and damaged certain Chinese manufacturers, but the biggest loser may be America’s reputation.

The “protracted and prolonged trade war,” he said, will impact the long-term attitude of businesses toward the United States. They may perceive the world’s top economy as “not as reliable.”

The goal of the G-20 is to bring together the world’s largest economies to nurture constructive communication and avoid global recession. For Adelman, however, this week’s summit is looking more like a “G-2 in many ways,” because of the perception that the Trump-Xi meeting “is almost being treated as a summit.”

–Reuters contributed to this report.