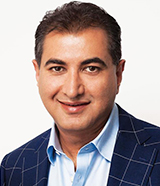 More than 100 fintechs have participated in the Financial Conduct Authority’s (FCA) regulatory sandbox since its launch in June 2016, trialling their services for a limited time to a controlled number of customers under the direction of the UK’s financial services and markets regulator.

While the applications developed by these businesses span the financial services sector, transaction services featured heavily in the fourth cohort of participants involved, some of which have only recently exited the sandbox.

Euromoney asked a number of these businesses why they entered the sandbox and how they benefited.

Fineqia, which provides a platform and associated services to support security issuances and manage administration of debt securities, changed its offering as a result of its interaction with the FCA, says CEO Bundeep Singh Rangar.

“We will now utilize a blockchain-based digital platform where all key steps in the financial product lifecycle (such as bond subscription, term and price setting, legal contracts, redemption and ongoing administration) will be automated,” he explains.

“Secured bonds will be more efficiently and compliantly executed using a blockchain infrastructure with crypto assets used as collateral.”

Fineqia partnered with Nivaura, one of the first group of companies to enter the sandbox, to use the latter’s white-label capital markets platform to perform fully automated tokenized bond issuance and administration, registered and cleared on a public Ethereum blockchain.

The partnership was formed to enable institutional asset owners to offer transferable fiat denominated bonds to investors for fixed durations and coupons.

Singh Rangar says regular contact with FCA staff and access to regulatory tools to facilitate its testing created a special environment that enabled Fineqia to understand how its business model fitted into the regulatory framework.

“This helped us ensure that we had appropriate safeguards built into our products and services during and after testing,” he adds.

When it exited the sandbox last month, Globacap described itself as the UK’s first fully regulated digital security offering and administration platform.

During its test period, the company executed an equity tokenization of its own shares and of two other UK-based companies, where Globacap acted as a regulated arranger and custodian in each capital raise while digitizing the companies’ shares.

“We already had a very clear idea of our business objectives, the market opportunity and the benefits of our technology,” says CEO Myles Milston.

“We entered the sandbox to prove our technology in a controlled manner and gain regulatory authorization to proceed with our business.”

Tomer Sofinzon, founder and CEO of 20|30, which has developed a number of products and services based on blockchain, was equally confident in his company’s business model.

In April, it announced it had become the first UK company to complete the tokenization and issuance of its equity in a test issuance executed by capital-raising platform TokenFactory.

This test happened in partnership with Nivaura, which acted as custodian for the offering. London Stock Exchange Group participated in the test issuance by sending settlement instructions to a public blockchain.

“We applied for a place in the FCA sandbox to test the tokenization of securities and prove it could be done sustainably, with scalability and full respect of all regulatory and safeguarding measures,” says Sofinzon.

Investment platform TokenMarket had already raised £240 million across a number of utility token offerings before entering the sandbox.

However, the concept of writing securities to the blockchain was being held back by regulators who were still slightly hesitant about the overall process, explains the firm’s general counsel Adrian Faulkner.

“We have always believed that tokenizing start-up shares and placing them on the blockchain would be the next step for businesses looking to raise equity,” he says.

“To be among the first businesses in the UK to tokenize and distribute equity on the blockchain by using the security token offering framework was the next logical step in proving this infrastructure.”

According to Faulkner, being part of the sandbox has ensured that the business can achieve best practice in areas such as banking processes as well as regulatory compliance.

“Whilst we knew that there were regulatory complexities within our sector, we did not realise just how demanding some of them were to navigate,” he concludes.

“During the course of conversations with the FCA, it became clear that in-house expertise would be a welcome addition and as a result we doubled our legal team.”