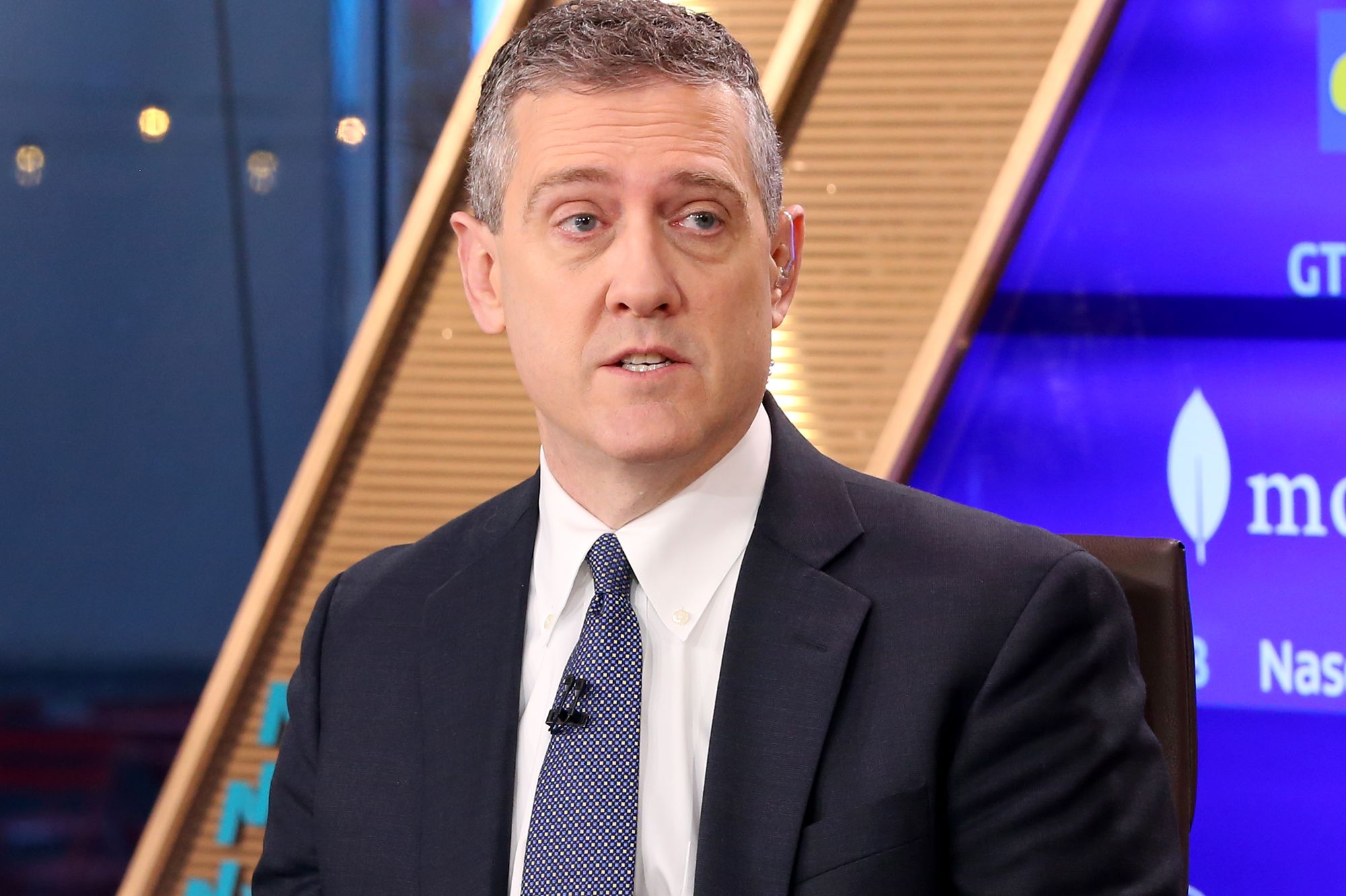 The inversion of portions of the Treasury bond yield curve this week “would have to be sustained over a period of time” to be taken as a “bearish” signal for a U.S. economy that continues to grow, St. Louis Federal Reserve President James Bullard said on Thursday.

With economies slowing overseas “you have this flight to safety going on,” that is pushing down U.S. rates even though U.S. economic growth is “reasonable,” Bullard said in comments on Fox Business Network that seemed to discount the degree to which recent market volatility may figure into the Fed’s next decision on interest rates.

Investors will be listening closely to Fed officials in coming weeks for insight on whether this week’s sharp drop in stock prices and bond yields will lead the central bank to lower interest rates.

“Any inversion that is going to send a bearish signal for the U.S. economy would have to be sustained over a period of time,” Bullard said.

A speech by Fed chair Jerome Powell next week in Wyoming, announced by the Fed on Thursday afternoon, could carry particular weight coming after a volatile period for global markets and signs the U.S.-China trade war may get worse.

The Fed cut rates in July but gave no clear signal about when it may do so again.

Equity markets steadied on Thursday after dropping about 3%. The interest rate on the U.S. 30-year Treasury bond fell below 2% to a record low.

Bullard, who has supported a rate cut and said he puts weight on the signals given by the bond market, said he nevertheless was not ready to commit to reducing rates at the Fed’s upcoming Sept. 17-18 meeting.

He noted that he was not particularly influenced by what happened in markets this week and regarded the drop in equity prices as “a little bit overdone.”

With trade tensions and slowing global growth unnerving investors, he said, it is no surprise that stock markets fell and that key parts of the bond yield curve inverted. When short-term bonds command higher interest rates than longer terms one, it can be read as a warning about upcoming economic growth.

But “the numbers here seem pretty good…2 percent growth. Nice job market. Low inflation. Good consumption growth,” Bullard said. “We are in the middle of a global slowdown and we are just going to have to assess how this is going to affect the U.S. economy.”