Charles Evans says Fed has turned dovish, but still might need to do more 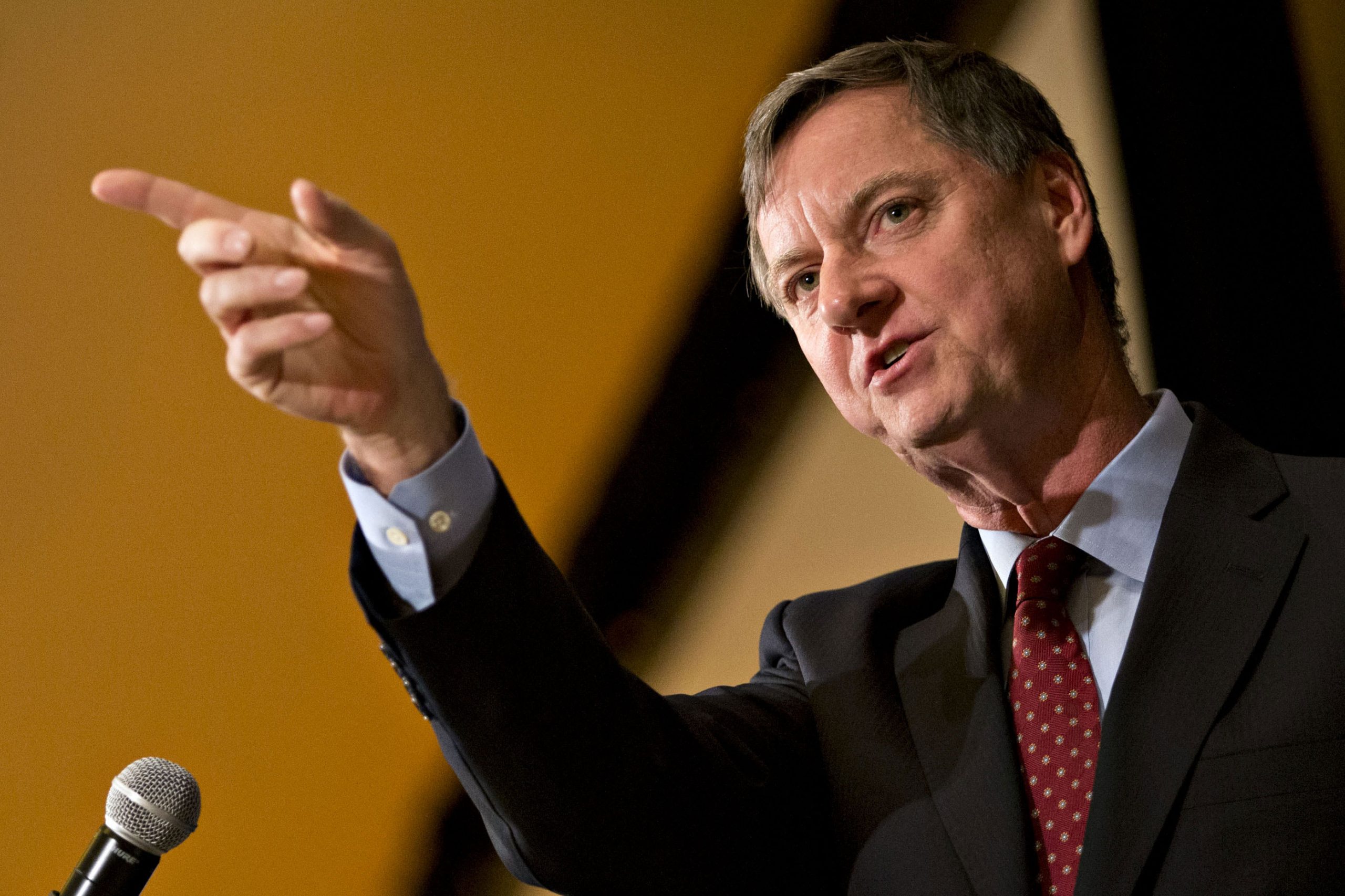 Charles Evans, president and chief executive officer of the Federal Reserve Bank of Chicago, told CNBC Monday that he was “open-minded” when asked about the right level for interest rates in the U.S., but suggested more cuts could be needed if economic headwinds increase.

Evans, noted for his dovish views at the central bank, was still upbeat on the fundamentals for the U.S. despite headwinds that the economy is facing.

“We have reduced the federal funds target by 50 basis points and I think that’s helped move us into an accommodative stance, more than where we were for sure, but that could be a moving target if headwinds are increasing and we might need to do more,” he told CNBC’s Annette Weisbach in Frankfurt.

He said that he was “definitely open-minded” about what the right level would be for the federal funds rate target in order to have the “appropriate monetary policy.”

“At the moment I think appropriate monetary policy is somewhat under the neutral rates so that we are providing accommodation,” he said.

Charles Evans, president of the Federal Reserve Bank of Chicago

“Over the last six months we’ve had more challenges getting inflation to 2%, there’s more uncertainty, the trade negotiations have been challenging, European and Chinese growth has been slowing, so it seems a more accommodative stance is a good one for the U.S.,” he added.

“What we’ve done already might be sufficient, I’m open minded to suggestions that we might need more. At the moment I’m going to be looking at the data,” he said, specifying inflation and labor market data as key metrics.

Evans’ comments come after the U.S. Federal Reserve approved a quarter-point interest rate cut earlier in September but offered few indications on whether further reductions are ahead with individual policymakers divided on what to do next.

In July, Evans said a “couple” of rate cuts were needed to get the inflation rate near the bank’s 2% target. The Fed has since cut its main interest rate in July and September — equating to a 50 basis point cut in total this year. The annual inflation rate currently stands at 1.7%.

The Fed and its Chairman Jerome Powell have come under pressure from President Donald Trump to cut interest rates in order to stimulate the U.S. economy. Trump has called Fed policymakers “boneheads” for not cutting rates enough and did so again after the last Fed decision, saying Powell and his colleagues have “no ‘guts’.” Trump says the Fed is risking U.S. competitiveness by keeping rates substantially higher than most other nations in the developed world.

Regarding the economy and its headwinds, Evans added that the U.S. “might be able to ride the uncertainties out.”

“There might be more fragility and if there’s a shock that’s completely unexpected and something we haven’t thought about before, that could lead to something not quite as positive,” he told CNBC.