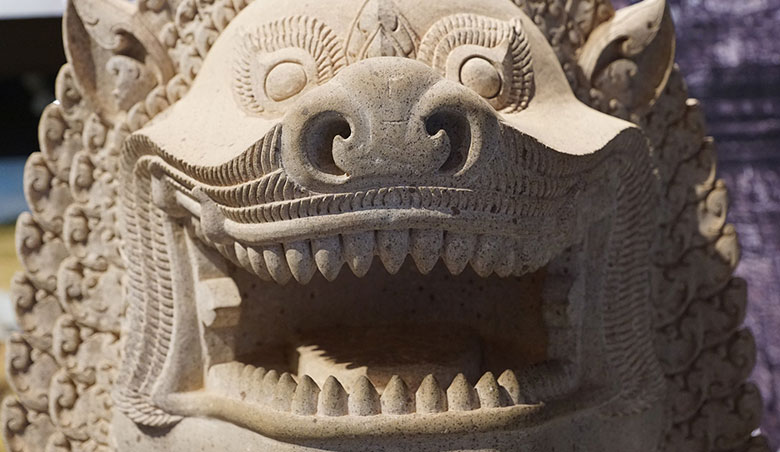 Is this the start, the moment where reality bites, and fear replaces ambivalence?

No, this is not about another made-in-China pandemic – though at the time of writing, a rather nasty pathogen, brewed in Wuhan, was threatening to go global.

Broadly, it is about the state of China’s banking system, for so long the driver and bedrock of Asia’s largest economy. Specifically, it bears a loaded question: does the state of a smallish provincial lender signal the onset of a full-scale banking crisis?

The institution in question is Baoshang Bank. Its problems began in 2017, when the billionaire Xiao Jianhua, a key investor, was abducted in his room at the Four Seasons Hotel in Hong Kong by Chinese agents and put on trial.

Last week, the governments of Inner Mongolia and Baotou, the province and city in which the bank is based, announced plans to buy more than 50% of Baoshang.

But this is just the simple stuff, the iceberg’s tip. What matters is not so much the bailout itself – though it was notable for being the first Chinese bank to be rescued by the state this millennium. Neither is it the fact that two other salvage operations followed suit: a forced restructuring by Liaoning-based Bank of Jinzhou, and the sale of $14 billion-worth of new shares by Hengfeng Bank, to a group of investors including Singapore’s United Overseas Bank.

Euromoneylearns that the China Banking and Insurance Regulatory Commission views the last two events not as bailouts, but as injections of “private” capital by willing investors.

The far greater problem, for China and perhaps the world, is that domestic defaults, bailouts, restructurings – call them what you want – are becoming commonplace.

Logan Wright, director of China markets research at Rhodium Group, draws a direct line between a sharp spike in the number of local-level credit events and rising stress across the financial system.

In April 2019, an asset management product issued by the largest local government financing vehicle (LGFV) Tianjin Urban Construction and Development went into default. In December, commodities trader Tewoo Group failed to make payment on $1.25 billion in debt, the first dollar-bond default by a state-owned enterprise (SOE) since the collapse of Gitic in 1998.

Long used by regional governments to raise funds via off-balance-sheet debt, LGFVs matter greatly. Usually little more than shell companies with no underlying assets or cash flow, they were the conduit through which China’s post-global financial crisis stimulus was channelled to local projects.

Total borrowing by all such vehicles at the end of 2019, the central bank says, was Rmb49 trillion, or just under half of GDP.

For years, their debts were covered by national and local banks. When Beijing turned off that lending spigot in 2017, they turned to the informal financial system. But when deleveraging hit shadow banks, cash-poor LGFVs had nowhere else to go.

On January 16, S&P said they face the greatest repayment pressure of all state organizations, with Rmb2 trillion in maturities due in 2020.

Data show the perilous state of these vital institutions. In December, Rhodium Group teamed up with financial portal Eastmoney to analyse 208 cities, ranking each according to its financial distress.

In the worst 20 cities, the average annual interest expense for LGFVs was 45.7% of all new bank loans, peaking at 91.7% in Jilin, in the rustbelt northeast. Each city on the watch-list is cashflow negative, meaning its operating and investment cash outflows exceeds the influx of fresh financing.

This in turn threatens the banking sector.

City and commercial rural lenders rely heavily on repayments from LGFVs and SOEs, and so are highly vulnerable to even a single local default. That problem is exacerbated by tighter interbank funding conditions since the default of Baoshang Bank.

Rhodium Group’s Wright tips this to lead to a cascade of defaults.

“You will see more pressure exerted on asset quality, more defaults on bank assets, and more defaults by banks,” he says. “That results in a slowing banking sector, slowing credit growth and a slower rate of economic expansion.”

David Chin, head of investment bank, Asia-Pacific at UBS, says small banks “still struggle with poor internal controls and the influence of local shareholders”, adding: “I would not rule out more [bailouts].”

In the past, Beijing found ways around such problems. When China bailed out its banks in 1999, creating four new asset management companies to house soured loans, the entire sector accounted for $1.5 trillion in assets. Now that number is $41.9 trillion, or 3.5 times the size of the economy, the option is no longer feasible.

If it was a bank-specific problem, authorities could at least try to tackle the problem at source. But the economic boom of 2007-2016, during which credit expanded at an average annual rate of 18%, created indebtedness at all levels – in banks, shadow lenders, LGFVs, SOEs, even property companies.

Every institution is in debt to ever other institution, and China is struggling to find new ways to generate credit – hence its desire to accelerate the opening of its securities markets to foreign capital – or enough carpet to sweep the problem under.

That Beijing hasn’t yet suffered a full banking crisis is thanks to the control it exerts over guarantees of debt and assets – the assumption being the state as the ultimate backstop.

But that process “is weakening, as we saw in Tianjin, and paring back the guarantees you offer increases risk”, says Rhodium Group’s Wright. “Suddenly, credit risk has gone from zero to one.”

True, no single case of provincial distress represents a systemic threat to the system. But collectively, pressure is building. At a local level, cities will need to devote huge volumes of new credit just to managing existing debt. At a national level, it limits Beijing’s financial and macro policy options.

Eventually, the number of defaults will force authorities to explore more aggressive options to clean up local debt.

“The obvious step at that stage will be a banking sector bail-in,” says Wright.

Beijing will push back at the idea. It has to convince the world – and its own people and institutions – that its growth model is fit for purpose. It cannot be seen to have lost control over a financial sector it created, but which no longer works.

When the centre cannot hold in China, bad things happen.