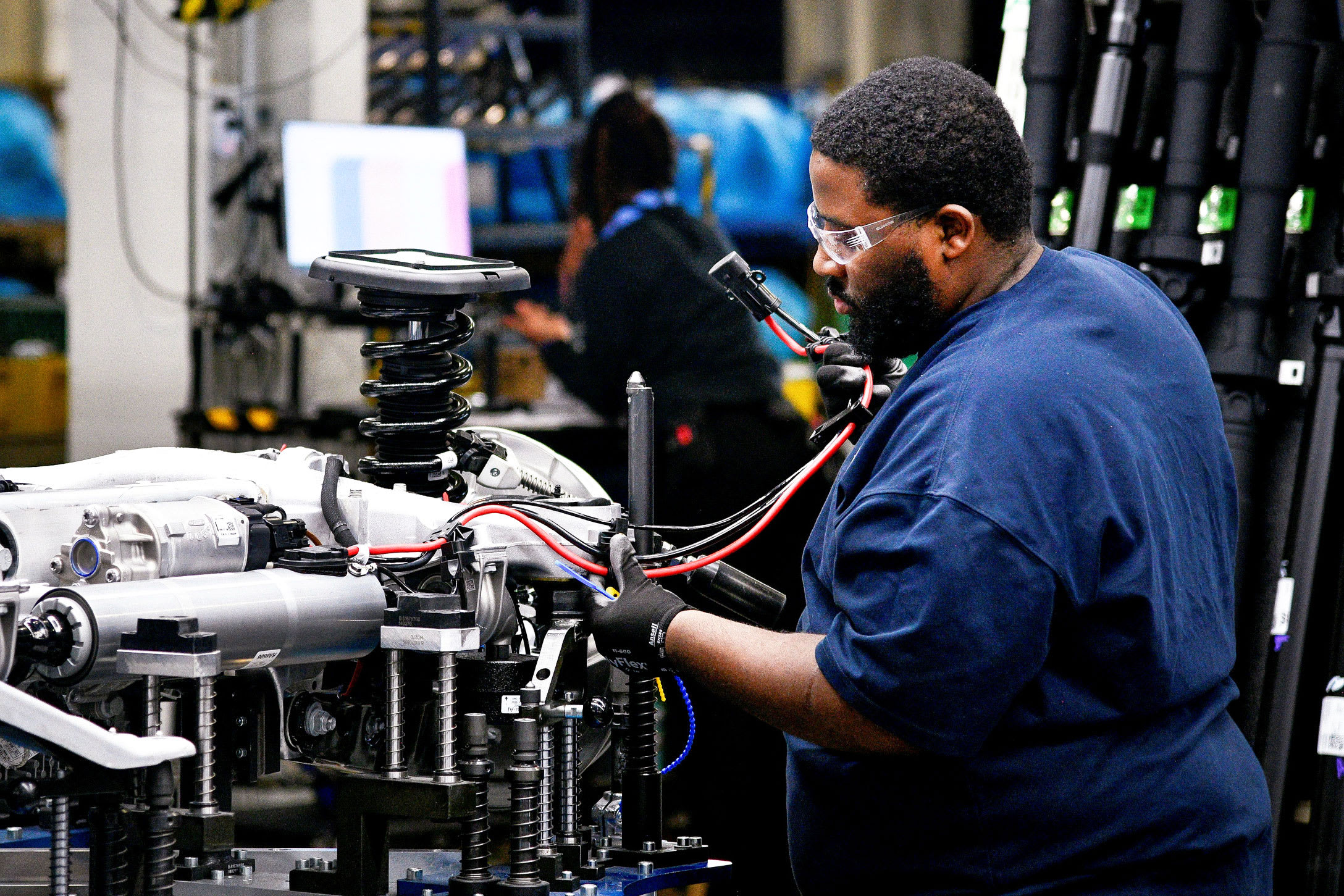 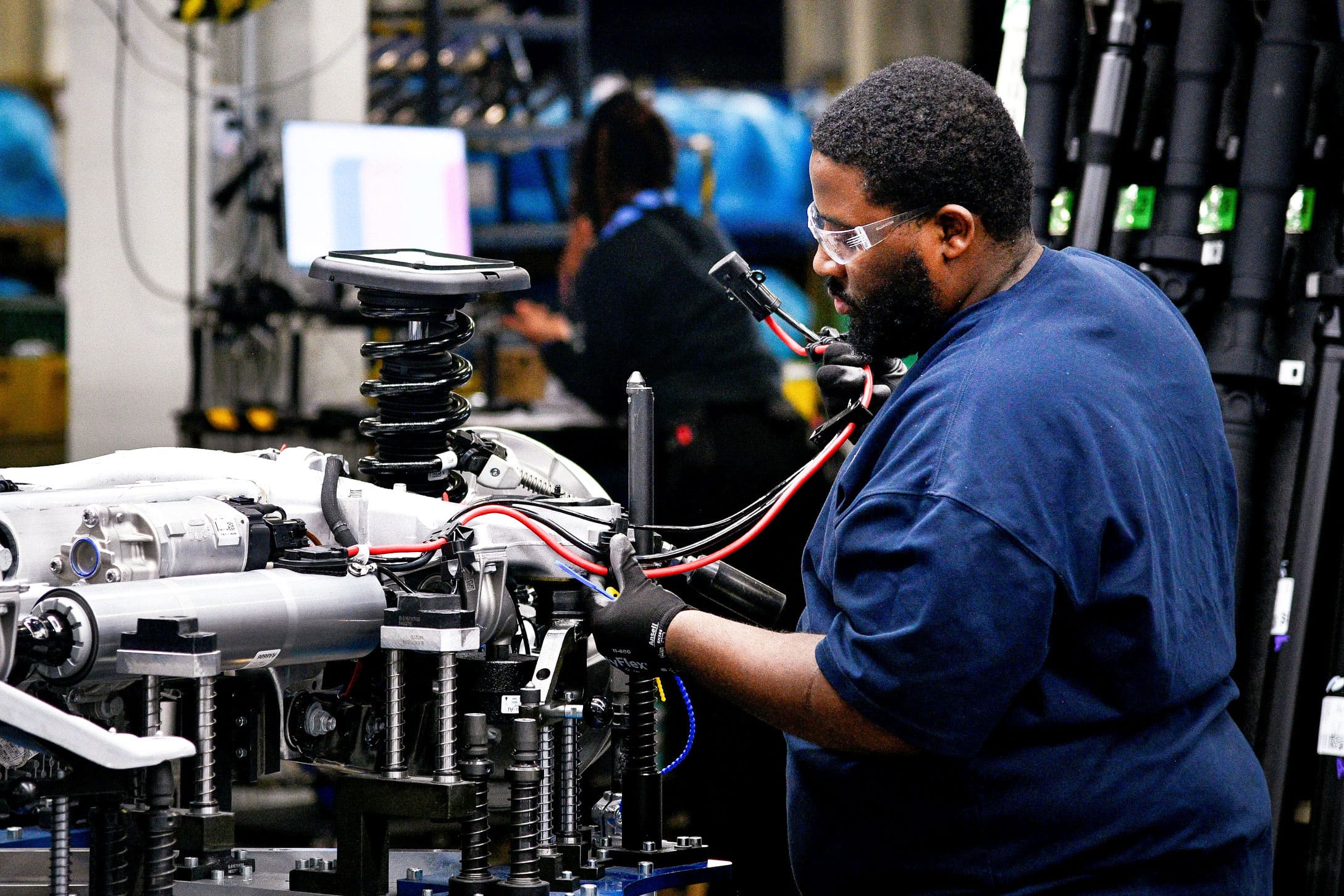 A worker attaches a wiring harness to the chassis of an X model SUV at the BMW manufacturing facility in Greer, South Carolina, November 4, 2019.

WASHINGTON — The U.S. economy grew 2.1% in the fourth quarter, closing out a year in which gross domestic product decelerated to its slowest pace in three years amid a continuing drag in business investment.

The GDP increase matched the third quarter and met expectations of economists surveyed by Dow Jones. For the full year, the economy grew 2.3%, below the 2.9% increase from 2018 and the 2.4% gain in 2017, the first year of Donald Trump’s presidency, according to the initial estimate released Thursday by the Commerce Department.

The move in 2019 was well below the White House’s projections following the 2017 tax bill that cut corporate and individual rates. The administration has said the stimulus would lead to GDP increases of at least 3%, but that hasn’t happened yet.

Continued gains in consumer spending helped propel the economy in the year’s final three months, though the rate of increase came in at 1.8%, well below the 3.2% pace in the third quarter. Still, personal consumption expenditures added 1.2 percentage points to the quarterly rise. The consumer accounts for 68% of what is now a $21.7 trillion U.S. economy.

Economists saw the Q4 numbers as reflective of a broader trend toward steady but slower growth.

“If we think of the economy as being roughly in equilibrium, the natural question is what it would take to shock the system,” Eric Winograd, senior economist at AllianceBernstein, said in a note. “For the moment, I think negative risks are more likely than positive ones. But with the economy as stable as it is, it would take a