US services sector growth picks up in January 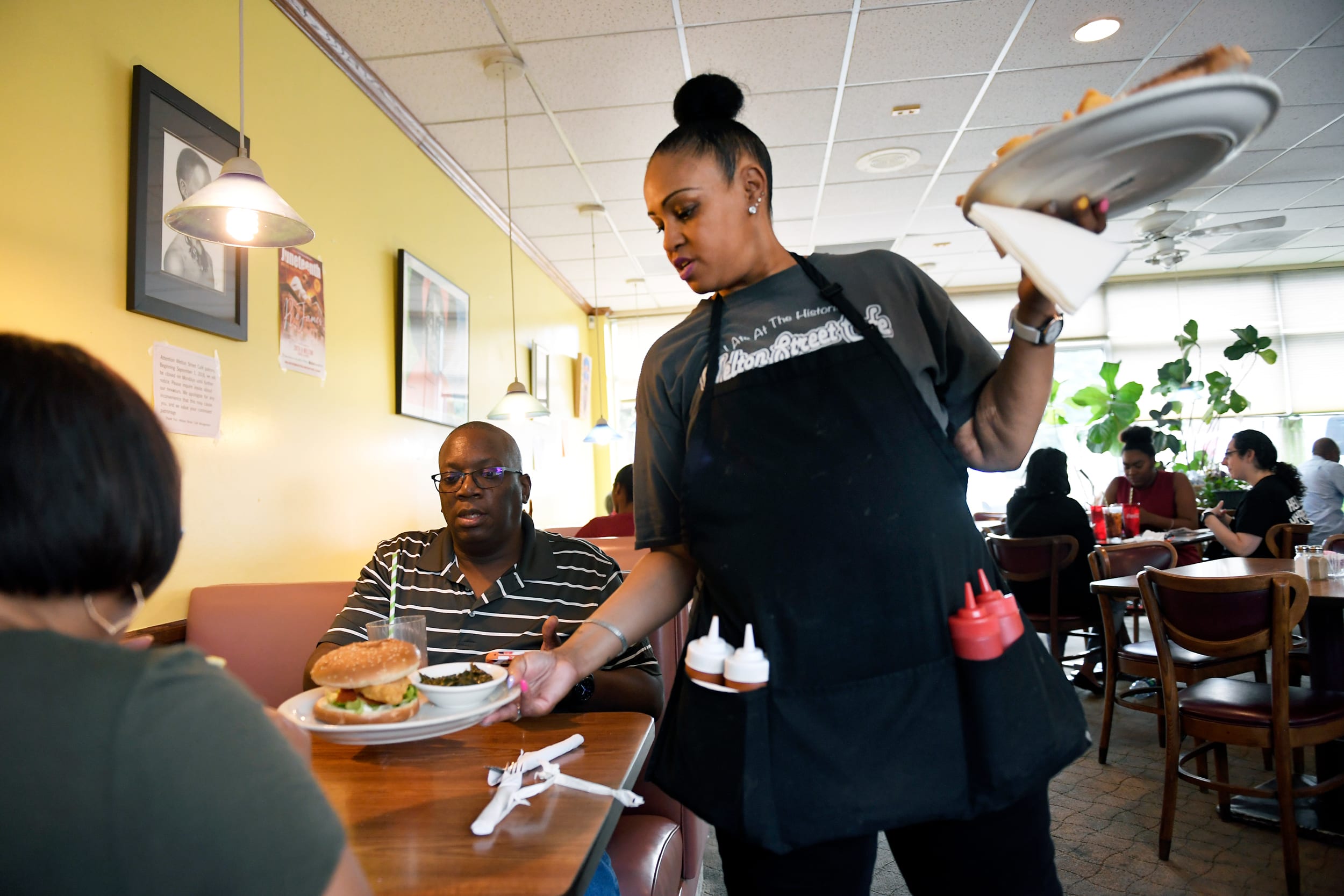 Lead waitress Rhonda Abdullah serving the Taylor’s, James and Voncia of Aurora their lunch at the Welton Street Cafe that will turn 20 this year, the last-standing soul food restaurant in the Five Points neighborhood in Denver, Colorado on June 7, 2019.

U.S. services sector activity picked up in January, with industries reporting increases in new orders, suggesting the economy could continue to grow moderately this year even as consumer spending is slowing.

The Institute for Supply Management (ISM) said on Wednesday its non-manufacturing activity index increased to a reading of 55.5 last month, the highest level since August. Data for December was revised slightly down to show the index at a reading of 54.9 instead of the previously reported 55.0.

A reading above 50 indicates expansion in the services sector, which accounts for more than two-thirds of U.S. economic activity. Economists polled by Reuters had forecast the index unchanged at a reading of 55.0 in January.

The report came on the heels of a survey from the ISM on Monday showing manufacturing rebounded in January after contracting for five straight months. The improvement in manufacturing, which accounts for 11% of the economy, reflected easing tensions in the 19-month U.S.-China trade war.

Any recovery in manufacturing, however, is likely to be limited by Boeing’s suspension last month of the production of its troubled 737 MAX jetliner, grounded last March following two fatal crashes. The coronavirus, which has killed hundreds in China and infected thousands globally, is expected to disrupt supply chains, especially for electronics producers.

The ISM survey’s measure of new orders for the services industry increased to a reading of 56.2 in January from 55.3 in December. Order backlogs, however, continued to contract in January, which could curb growth in the services sector.

The survey’s index for services industry employment slipped to a reading of 53.1 last month from 54.8 in December. This is in line with slowing job growth, both as workers become more scarce and demand for labor cools.