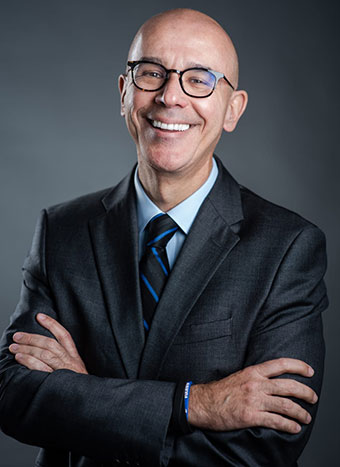 Rial has had a big impact on Santander since he joined as head of its Brazilian bank in 2015. He has led that unit’s transformation, with return on equity (ROE) increasing from 14% to 21%.

Announcing Rial’s promotion to the board, Santander Group executive chairman Ana Botín commented: “[Rial] has delivered great results and fostered cultural change, increasing the engagement of our teams and the number of customers that recommend Santander.

“I am certain that his vision will provide great value to the board.”

In February, Euromoney reported on the growing importance of Latin America for the group’s revenues, profits and margins.

The region has surged from contributing 35% of total underlying attributable profit in 2015 to 41% in 2018 – and that figure is likely to continue to climb.

And it is not just a relative outperformance caused by weakness elsewhere. Total attributable profits increased from €2.72 billion to €4.06 billion during the same period, and that growth came despite sharp falls in Latin American currencies.

If the bank continues to grow and these currencies hold their own – or even appreciate – future results would be even more impressive.

“In Europe, we can grow 2% to 3%. And more than that means winning market share, which is difficult to get.”

Santander’s Latin America business already generates an ROE of 19% – compared with 11% from its home market of Spain, 9% for the UK, 12% for Portugal, 13% for Poland and just 8% from the US.

Alvarez told Euromoney that he believed the region’s medium-term sustainable ROE was between 20% and 22%.

Rial’s appointment also reflects the fact that Santander’s recent growth in Latin America has also mostly been a Brazilian story. Brazil contributed nearly twice as much to the group as did Mexico, Chile and Argentina combined – €2.61 billion against €1.46 billion – and alone contributed 26% of group profits.

In the three years between 2015 and 2018, Santander Brasil increased its ROE from 14% to 20%, grew the number of its digital clients 2.6 times and the number of loyal customers by 65%. It increased its share of the loan market by 110 basis points and improved its efficiency ratio by six percentage points.

Since his appointment, Rial’s reputation has grown in line with the bank’s profitability and in April he was awarded with an expanded role as head of Santander throughout South America.

However, in recent times his professional persona – he has cultivated a reputation as a showman within Brazilian banking circles – has also raised eyebrows.

Rial will replace Ignacio Benjumea on Santander’s board, who leaves as director after five years.