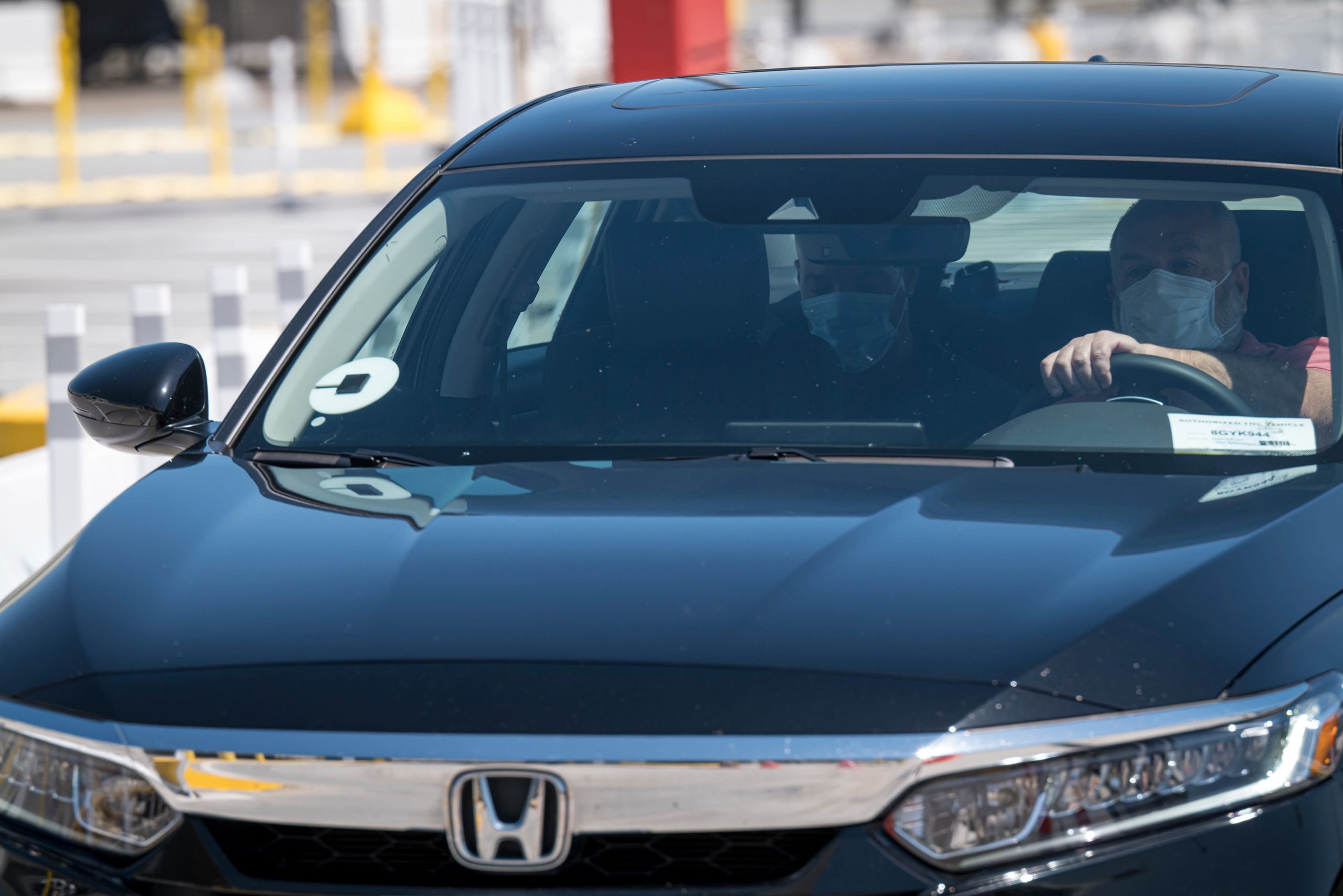 Leonardo Diaz is in a tough spot.

Diaz, a driver for Uber and Lyft, has been unemployed for more than two months.

The 51-year-old hasn’t picked up riders for fear of contracting Covid-19 and, in turn, infecting his family.

But Diaz, a Los Angeles resident, is also afraid to apply for unemployment benefits, as nearly 39 million Americans have done since mid-March amid to the coronavirus pandemic.

On one hand, he needs the financial assistance. But on the other, he thinks applying for unemployment could undermine his and other Californians’ fight against Uber and Lyft and other companies in the gig economy to be considered employees instead of independent contractors.

“I feel like they’ll take advantage of what’s going on with Covid-19 and then say, ‘You see, they’re independent contractors,” Diaz said.

California passed a law last year requiring gig companies to treat independent contractors as employees, becoming the first state to do so. The law, Assembly Bill 5, took effect in January but is being challenged in court.

And, as the pandemic is highlighting, companies have different requirements relative to their contractors around unemployment insurance.

It did so via a new program called Pandemic Unemployment Assistance, which is separate from a state’s traditional unemployment insurance system.

More from Personal Finance:
Self-employed workers face uphill battle on PPP loan forgiveness
How long it could take before a second stimulus check is in your hands
Unemployed people may not know of all their available relief

More than 6 million Americans were collecting benefits from this program as of May 2 — with almost 30% of the total coming from California, according to the U.S. Department of Labor.

Diaz and other drivers fear that gig companies will view an application for PUA benefits as an admission that they are, in fact, independent contractors instead of employees, since workers self-certify that they’re self-employed on a PUA application.

Drivers fear PUA applications could be used in California court to undermine the state’s new employment law, and in other states like New York where they’re trying to get a similar law passed.

While some labor attorneys believe their concern is valid, others think the threat is overblown.

“People should be reassured,” said Michael Bernick, an attorney at corporate law firm Duane Morris. “I can’t imagine the companies in any state discussions or initiative saying, ‘Look, by filing for PUA you agreed that you were an independent contractor.’ That’s just not realistic.”

Ismael Perez, a full-time Uber and Lyft driver, applied for PUA benefits in California before hearing from a local group, the Mobile Workers Alliance, of the potential risk.

Perez, who lives in the city of La Habra Heights, started receiving weekly unemployment payments of $767. (This accounts for $167 a week from the state and a $600 supplement funded by the federal government through July.)

He’s afraid that applying for PUA benefits will cost him thousands of dollars in back pay he believes he’s owed by the ride-share companies for overtime hours as an employee, in addition to setting back the broader driver movement.

“My concern is, will it pose a threat to my labor dispute?” said Perez, 42. “And furthermore, moving forward, does that jeopardize my employee rights as well?”

“And it’s sort of conceding a point they don’t want to concede,” she said.

But gig workers in California may feel they have no choice. They could apply for the state’s traditional unemployment insurance benefits, meant for employees, and appeal a rejection by claiming they were misclassified as independent contractors instead, Rosner said.

An appeal, however, could take months, especially as state unemployment offices are overwhelmed with millions of new applications each week, Rosner said. That’s a tough situation when many may need the money now, she said.

Not all drivers are necessarily concerned, though.

The Protect App-Based Drivers and Services coalition represents 56,000 drivers for companies like Uber and Lyft, Instacart, Doordash and other gig companies. The group supports a ballot initiative in November that would lead drivers to be reclassified as independent contractors.

Stacey Wells, a spokeswoman for the campaign, which is funded by gig companies, called the notion of drivers being afraid “a false narrative” and said companies have been working hard to support their workers around applying for unemployment benefits.

Companies wouldn’t have any way of knowing which specific drivers applied for PUA, she said. They also haven’t tried retaliating against drivers who were outspoken during the push to pass Assembly Bill 5, said Wells, who questioned why drivers would think the situation would be different with unemployment.

Plus, in instances where independent contractors apply for traditional unemployment insurance, the state, in many cases, will automatically convert it into a PUA claim — meaning that worker wouldn’t be making an active choice to apply for PUA, said Bernick, former director of California’s Employment Development Department.

“Congress fully funded pandemic unemployment assistance for gig workers so that every state, many of which face historic deficits, could give these workers immediate financial support at no cost to their own state funds,” he said.

Uber has also created online guides in each state to help drivers and delivery people apply for unemployment, he added.

A spokesperson for Lyft didn’t respond to a request for comment.

Julie Su, California’s labor secretary, said in an April 14 memo that self-certification of eligibility for PUA unemployment benefits “does not affect determinations of employee status under state law for other protections and benefits.”

The letter is likely all that’s necessary for a California court “to dispose” of any potential employment argument resulting from PUA benefits, said William Sokol, a labor attorney with Weinberg Roger & Rosenfeld who’s based in the Bay Area.

“They will try every trick their lawyers can find in the book to avoid paying their workers decent wages and the benefits that all their employees must receive by law,” Sokol said.

“Anything is possible in court, and PUA is a new program, so I can’t say definitively ‘No [they won’t],'” he said.

Previous: Spacs prove resilient in shaky markets
Next: Week Ahead: Tensions Heating Up as Summer Approaches