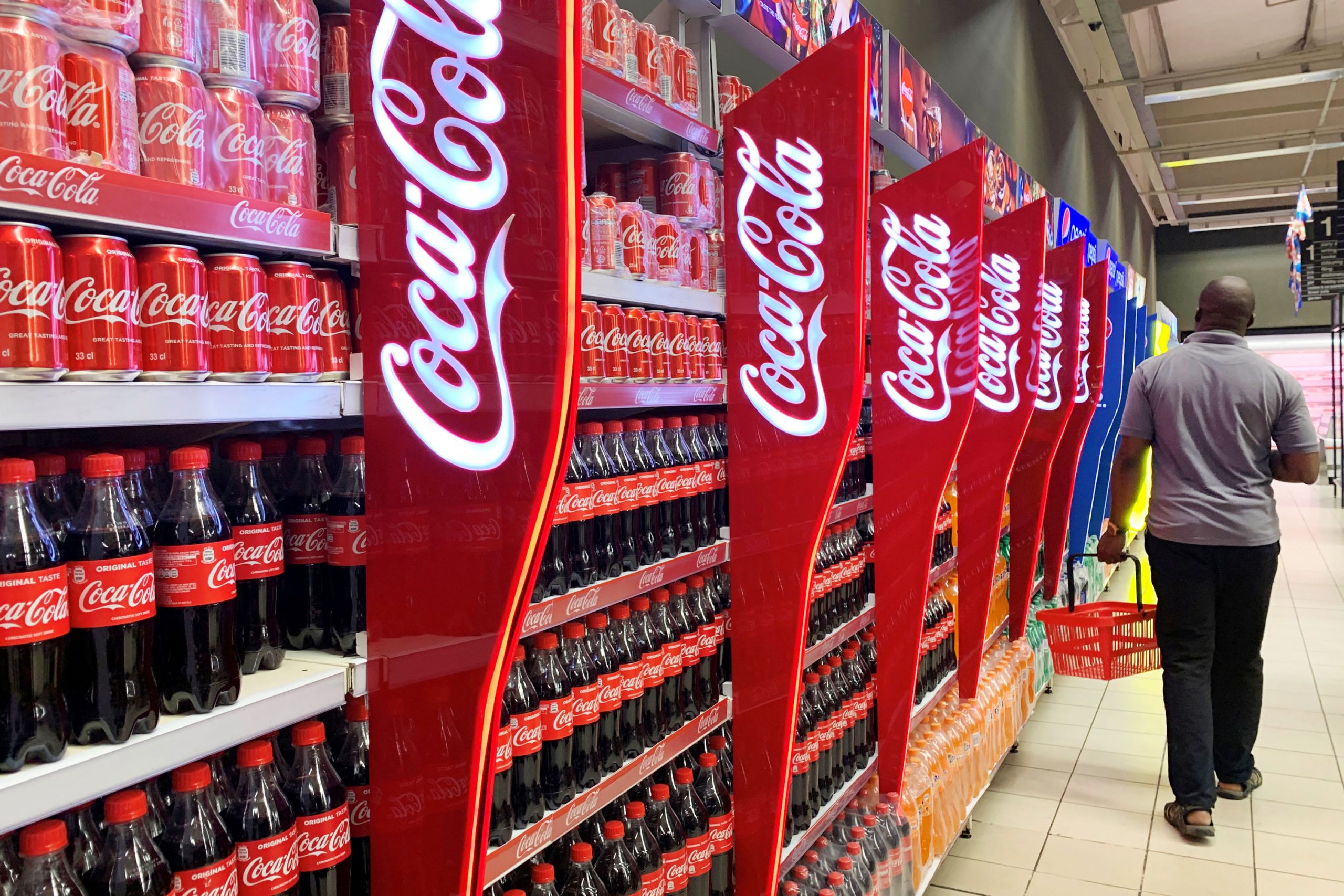 Coca-Cola (KO) – Coca-Cola reported quarterly earnings of 42 cents per share, 2 cents a share above estimates. Revenue was in line with expectations. It was the 23rd time in 25 quarters that the company beat Wall Street forecasts, but a year-over-year revenue drop of 29% was the biggest going back to at least 1990, according to Refinitiv data.

Tapestry (TPR) – The luxury goods maker said CEO Jide Zeitlin stepped down for personal reasons. CFO Joanne Crevoiserat will serve as interim CEO while a search is conducted for a permanent replacement. Tapestry also said its fiscal fourth-quarter results exceeded internal expectations on both the top and bottom lines. Official fourth-quarter results for Tapestry are scheduled for release on Aug. 13.

Lockheed Martin (LMT) – The defense contractor beat estimates by 7 cents a share, with quarterly profit of $5.79 per share. Revenue came in above estimates as well, and the company raised its 2020 full-year forecast.

Philip Morris (PM) – The tobacco producer earned $1.29 per share, beating estimates by 19 cents a share. Revenue came in above estimates as well. Philip Morris also gave a full-year outlook that is mostly above Street forecasts, as overall industry volume rebounds.

UBS (UBS) – UBS reported better-than-expected profit for its latest quarter, helped by strength in investment banking, and the Zurich-based bank said the strong performance raised the possibility that it could resume share buybacks later this year.

EBay (EBAY) – EBay struck a deal to sell its classified ads business to Norway’s Adevinta for $9.2 billion in cash and stock. It had been reported yesterday that the two companies were close to finalizing a deal.

Hibbett Sports (HIBB) – The athletic apparel and footwear retailer said second-quarter comparable sales were likely to be up by more than 70%, with first-half comparable sales up about 20%.

Novartis (NVS) – Novartis cut its 2020 sales outlook, pointing to an “extremely disruptive environment” prompted by the coronavirus pandemic. Second-quarter sales were impacted by a drop in ophthalmology and dermatology treatments.