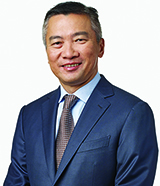 A new cooperation agreement between Singapore Exchange Regulation, the regulatory arm of the Singapore stock market, and Nasdaq aims to streamline a framework for dual listings on the two bourses.

Singapore needs this much more than the US does – but the timing just might work out for the southeast Asian city state.

Euromoney has reported for several years now on the problems SGX faces. In recent years there have been more delistings than important new listings. There are few obvious blue-chip candidates left for listings, and much of the real estate suitable for real estate investment trusts is already in one.

Liquidity is weak and, while Singapore has successfully fostered new tech and digital plays, there is no guarantee that they will list in Singapore, or even anywhere at all, given the availability of private funding.

SGX chief executive Boon Chye Loh has dealt with this challenge by building other sources of income, such as global commodities, renminbi futures, or freight.

From day one, he has called SGX a multi-asset exchange, and its viability has increasingly depended upon him being right.

The Nasdaq tie-up, though, is opportunistic. It’s no coincidence that it has come at a time of tension between the US and China in which there have been suggestions that Chinese companies could have to delist from Nasdaq or the New York Stock Exchange.

Most think that’s unlikely ever to come to fruition, given the shot in the foot it would involve for US institutions, but even the threat of it means the idea of secondary listings elsewhere in Asia becomes more appealing.

Ordinarily, that need would be met by Hong Kong, which is where many secondary share offerings by US-listed Chinese companies have been taking place. But US antagonism towards China’s imposition of the new national security laws there could work in Singapore’s favour.

It’s a nice idea, but it does face challenges – and the biggest is valuation. The multiples Nasdaq affords to tech companies are unlikely to be replicated by investors in Singapore. Also, this is not the first tie-up between the two exchanges; the last, in 2017, did not create any new listings.

Still, in this environment, you’ve got to try everything.

If nothing else, Singapore has positioned itself nicely for the overspill if tensions over Hong Kong, Covid-19 or anything else really do drive Chinese companies out of Wall Street.