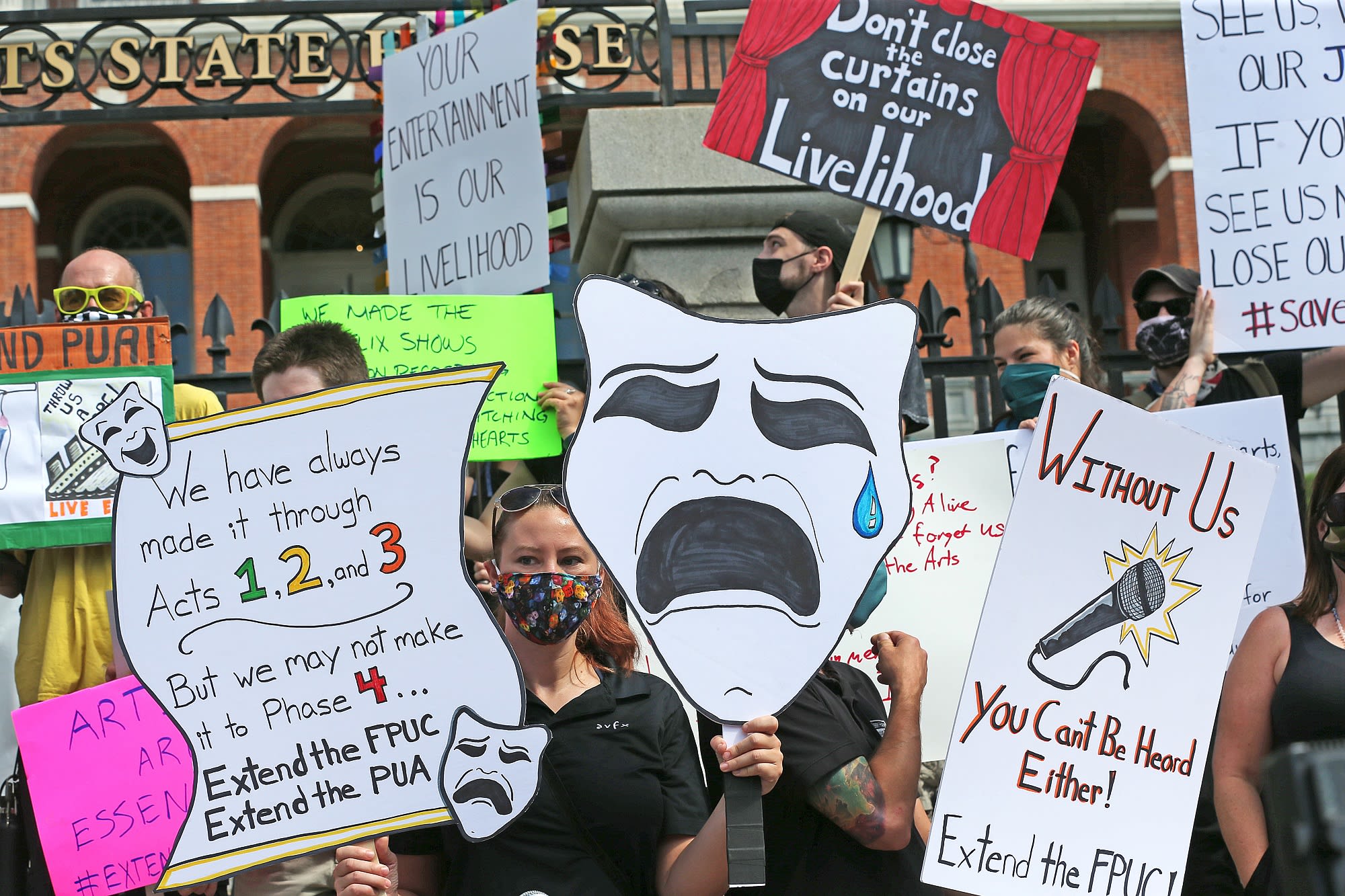 Cutting unemployment benefits to workers displaced during the pandemic could push people back to their jobs sooner but also take another slice out of an already reeling U.S. economy.

Democrats and Republicans are parrying over what to do now that the current arrangement will expire Friday.

The newly unemployed have been able to get regular benefits plus $600 a week, a setup that allows 68% of those impacted to collect greater than 100% of their regular salary, according to recent numbers from the National Bureau of Economic Research. The median eligible income is 134% of normal pay, the NBER said.

Congressional Republicans say the extra pay has served as a detriment to getting workers back to their regular jobs. They have proposed taking the added bonus down to $200 a week and capping compensation at 70% of normal pay on a sliding scale that evolves over the next several months. Democrats are pushing back on that contention and are expected to propose keeping the current system, though possibly with some cap compared to pre-layoff compensation.

Economists largely agree that significant cutbacks in unemployment compensation would come with an economic hit of hundreds of billions of dollars to gross domestic product. That’s an important factor to consider as the U.S. fights its way out of a recession that began in February.

“While two-thirds of unemployed workers are receiving UI benefits greater than their prior wages, there is no evidence thus far that the feared negative effects of emergency UI have arisen: workers with higher UI wage replacement rates were just as likely to return to work in May and June as those with lower wage replacement rates,” Sarah Bianchi, head of U.S. public policy and political strategy research at Evercore ISI, said in a note.

Bianchi estimates that if the full added benefits were cut, that would shave 2% off GDP and actually lower employment by 1.7 million through reductions in demand due to lower salaries.

In dollar terms for GDP, that would mean about $431 billion, using the first quarter as the baseline.

In the real jobs market, though, there’s substantial disagreement over whether the added benefits serve as a disincentive.

Robert Maynard, CEO and founder of the Famous Toastery restaurant franchise, said he’s looking to add three new shops to his current fleet of 23 and is having a difficult time finding workers.

“We have locations we actually can’t even open,” he said in a phone interview. “The core people in our company came back. But that hourly employee who is making $500 a week who got that supplemental [insurance], they stayed home and they’re staying home.”

Some workers apply, interview and then never show up so they can “prove they are looking for a job” and still collect, Maynard added. To open up his new locations, he said he’d normally have 50 or 60 people hired by now but instead has just 15.

“Even stores currently open are having a tough time keeping staff,” he said.

Two Men and a Truck, a moving franchise, is experiencing similar issues, though the company’s chief talent officer, Sara Bennett, said she’s not sure if it’s related to the extra compensation or just the vagaries of the current market.

In the realities of an election year, the likelihood that the added unemployment benefits go away completely is slim.

Most pundits see the GOP overture as a bargaining chip, wi