Why unemployment is a broken system: ‘It really is an experiment out of control’ 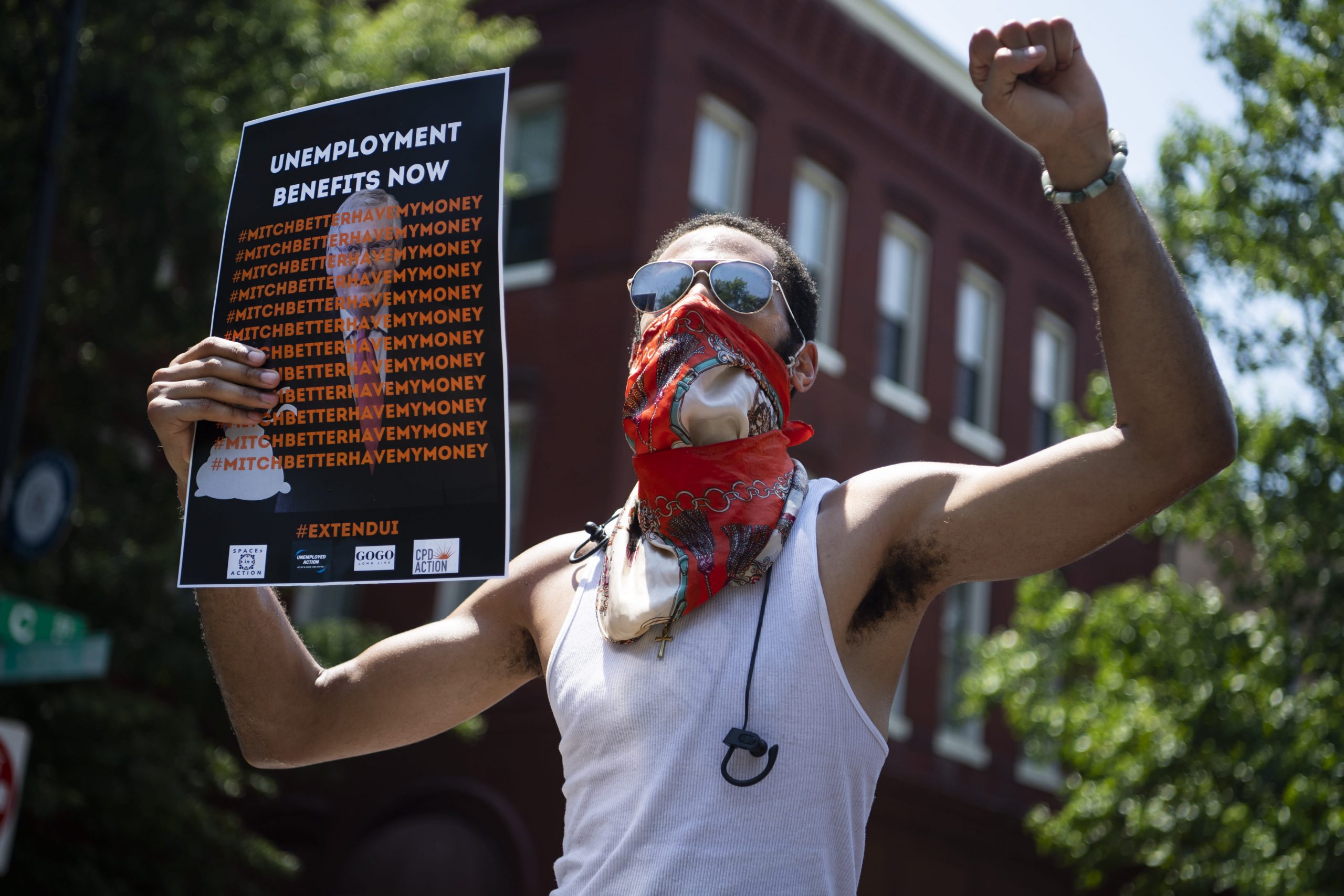 Demonstrators rally near the Capitol Hill residence of Senate Majority Leader Mitch McConnell, R-Ky., to call for the extension of unemployment benefits on Wednesday, July 22, 2020.

Unemployment benefits offer temporary income replacement for workers who lose their jobs through no fault of their own.

The system generally offers less than a worker’s prior paycheck, meant as an incentive to find another job.

Yet the average share of lost wages replaced by the unemployment system has been trending downward.

In the early 1980s, unemployment benefits replaced about 37% of prior pay.

That “wage replacement rate” fell to less than a third in 2018, according to research published this year by Wandner and Christopher O’Leary, senior economist at the W.E. Upjohn Institute for Employment Research.

At the same time, fewer people have been able to access aid.

The share of unemployed workers who collect jobless benefits has also fallen, to about 28% today from 44% in 1980, according to Wandner and O’Leary.

That means just 1 in 4 unemployed workers nationwide are getting money.

Unemployment insurance was created by the Social Security Act in 1935 as a response to the Great Depression.

The administration of President Franklin D. Roosevelt built it as a joint federal-state program so states could “experiment” in developing their own systems, Wandner said.

It’s still an experiment, and it’s going in 53 different directions.

senior fellow at the National Academy of Social Insurance

That gives state legislatures (as well as Washington, D.C., Puerto Rico and the Virgin Islands) wide latitude to set rules within a broad federal framework. Some are generous, others much less so.

“It’s still an experiment, and it’s going in 53 different directions,” Wandner said. “It really is an experiment out of control.”

For example, states set caps on the amount of money a worker can get per week. Some states set high thresholds and others low.

Mississippi, for example, lets workers collect up to $235 a week, the lowest of any state. Massachusetts pays more than $1,200, the largest potential sum.

Some states — typically southern states — make it harder for the unemployed to qualify, apply for and receive benefits, Wandner said.

In North Carolina and Florida, less than 11% of unemployed workers collect jobless benefits, respectively, according to Wandner and O’L