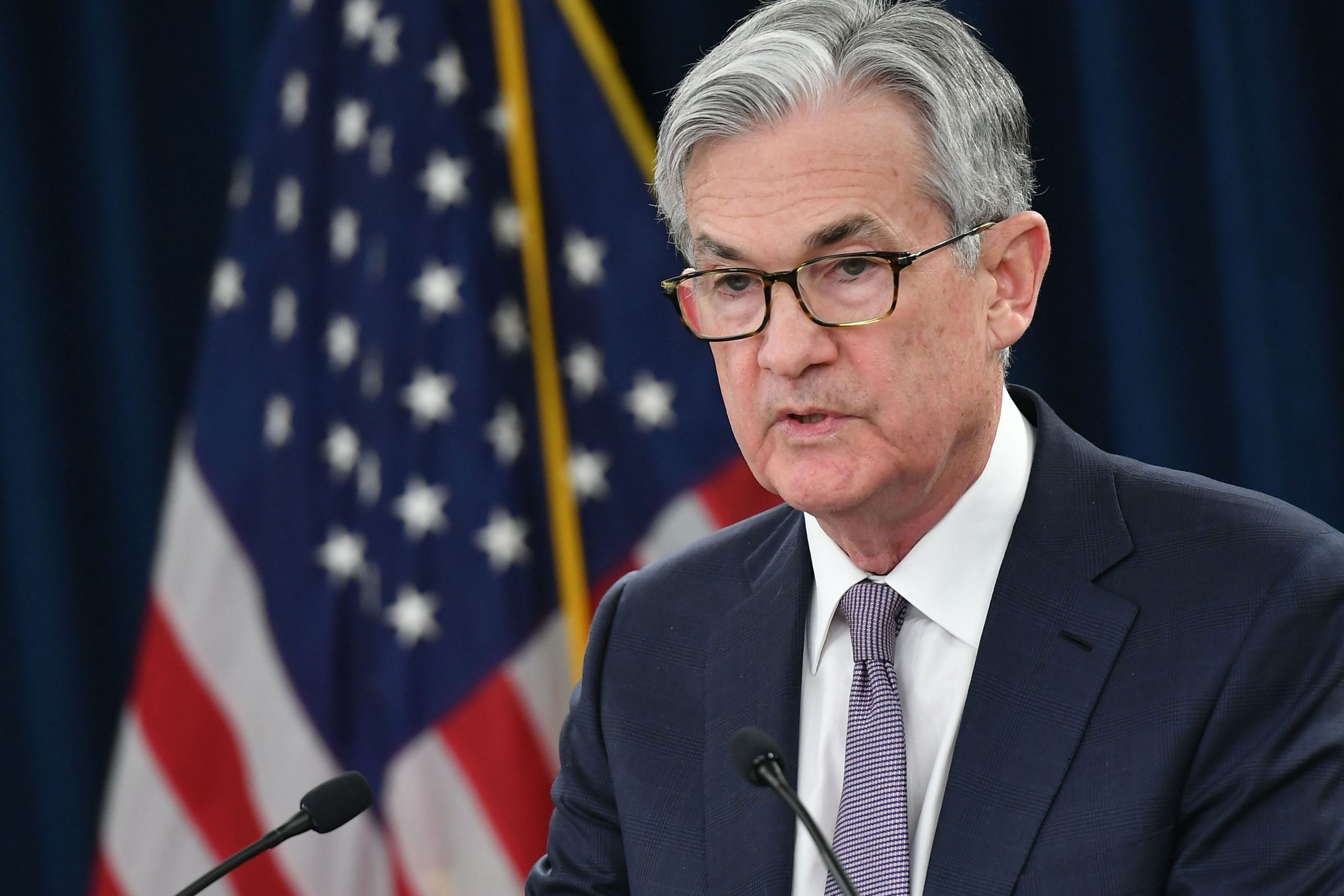 The Federal Reserve held interest rates steady in a decision announced Wednesday that came along with a tepid outlook on the coronavirus-plagued economy.

In a move widely expected, the central bank kept its benchmark overnight lending rate anchored near zero, where it has been since March 15 in the early days of the pandemic.

Along with keeping rates low, the Federal Open Market Committee, which sets monetary policy, expressed its commitment to maintain its bond purchases and the array of lending and liquidity programs also associated with the virus response.

“We are committed to using our full range of tools to support our economy in this challenging environment,” Fed Chairman Jerome Powell said.

The post-meeting statement labeled the current state of growth as better than it was at the trough but still not up to par.

“Following sharp declines, economic activity and employment have picked up somewhat in recent months but remain well below their levels at the beginning of the year,” the statement said. “Weaker demand and significantly lower oil prices are holding down consumer price inflation. Overall financial conditions have improved in recent months, in part reflecting policy measures to support the economy and the flow of credit to U.S. households and businesses.”

“In short, this is a holding operation, pending developments with both the virus itself and fiscal policy,” said Ian Shepherdson, chief economist at Pantheon Macroeconomics.

Officially, the FOMC kept its rate targeted in a range between 0%-0.25%, where it last was during the Great Recession. The statement said the rate would stay there until officials are “confident that the economy has weathered recent events and is on track to achieve its maximum employment and price stability goals.”

However, the committee did not provide any further indications of what it would take to change rates. Markets have been looking for enhanced “forward guidance” to indicate what unemployment and inflation metrics might trigger a change. Wall Street anticipates no changes and even is pricing in a chance of slightly negative rates ahead.

All about the virus

“The path of the economy will depend significantly on the course of the virus,” the statement said.

“It’s just such an important sentence, we decided it needed to be in our post-meeting statement,” Powell added during his post-meeting news conference. “It’s so fundamental.”

At its June meeting, the median Fed estimate for GDP this year was a decline of 6.5%. Central bankers expect growth to improve to 5% in 2021 and 3.5% in 2022. Those projections also anticipated rates holding steady through 2022.

The decision to hold rates steady was unanimous.

In addition to keeping rates unchanged, the committee also said it would extend dollar liquidity swaps and temporary repo operations through March 31, 2021. The swap lines were established during the current crisis as the way to keep U.S. dollars flowing to entities, including global central banks, in need of the currency.

Powell said the decision did not reflect any issues with the market but rather just an assurance that the Fed will keep the swap lines, as well as its lending and liquidity operations, going for as long as they are needed.

“There’s nothing that’s going on in the markets right now that raises any concerns. We want them to be there as a backstop for the markets,” he said.

The move to keep the programs online, despite relatively low market demand, “is clearly reflective of the Committee’s deep commitment to recovering the hard won gains