Country risk: Politics and Covid-19 put Malaysia in a spin 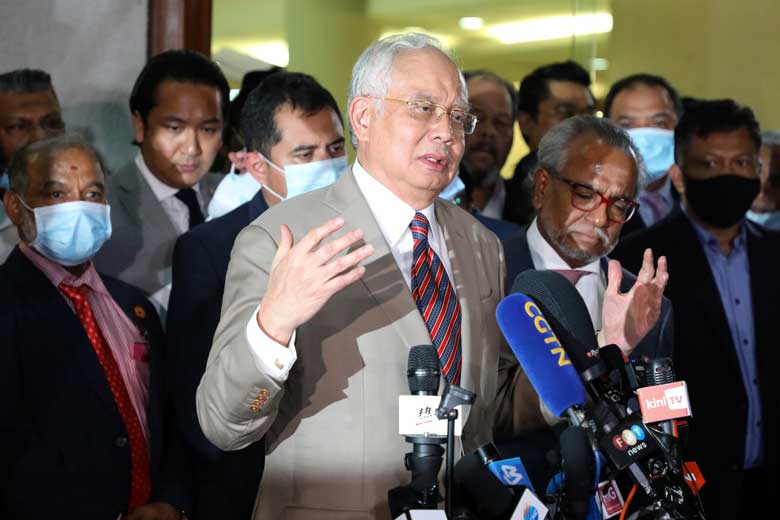 It has been a challenging time for Malaysian investors.

The coronavirus crisis has taken a swipe at economic growth, sovereign debt is rising, and the political landscape is in flux.

This follows then-prime minsiter Mahathir Mohamed’s snap resignation in February and a factional tug of war that has seen current PM Muhyiddin Yassin, a Malay nationalist, gain the upper hand to become prime minister after pulling out of the Pakatan Harapan coalition to form a new alliance.

Muhyiddin gained a narrow victory after more recently ousting the lower house Speaker to install his own man, Azhar Azizan Harun. The first convictions against former PM Najib Razak for his part in the 1MDB scandal have further strengthened his hand.

However, Muhyiddin still faces the prospect of a potentially formidable comeback from Mahathir and a strengthened opposition risking early elections, given the inherent fragility of his own multi-party alliance amid the risk of defections.

At the same time the country is struggling with the impact of the virus causing global recession, exacerbated by delayed government policymaking, including the postponed decision on a proposed Kuala Lumpur-Singapore high-speed rail project now that the costs are an even bigger stumbling block.

Encouragingly, exports rebounded in June by 8.8% year on year after the government further relaxed the lockdown, but the improvement was flattered by a low base and it failed to claw back the 25.5% crash in May.

Nor can it be perceived as a sign of returning to normal.

Malaysia’s tourism is still struggling, and trade and travel receipts will remain vulnerable to ongoing Covid-19 risks as countries face the prospect of additional waves of the virus, resulting in a vastly diminished current account surplus with potentially a small deficit arising this year.

With the fiscal deficit also widening to around 5% or 6% of GDP due to increased government spending and lower revenue (exacerbated by low commodity prices), and the debt burden expected to hit the statutory limit of 55% of GDP by year-end, up from 53.2% at the end of June, macro-fiscal concerns and political uncertainty are undermining confidence in the currency.

Euromoney’s survey has been consistently negative on Malaysia since the 1MDB crisis erupted. Its risk score has worsened by more than nine points over the last five years, while continuing to fall during the first half of 2020.

This has seen the country fall 15 places this year – 31 in total since 2015 – to 67th out of 174 countries, pushing Malaysia between Jordan and Romania in the global risk rankings, 10 places below Thailand, 12 below China and 19 as far as South Korea is concerned.

Scores for the GNP-economic outlook and employment/unemployment risk factors have been downgraded markedly this year in response to a deteriorating economic outlook that has seen the World Bank lower its 2020 GDP forecast from -0.1% growth in April to -3.1% in June.

Malaysia expert Usman Khalid, assistant professor for innovation in government and society at the UAE University, has been forced to downgrade some of the survey scores but remains optimistic that Malaysia will come out of its slump.

“The country has managed to successfully contain the spread of the Covid-19 pandemic, with aggressive measures taken early on, such as restrictions on public gatherings and an international travel ban.

“These restrictions have resulted in an adverse economic impact on the Malaysian economy. However, the government’s RM130 million ($30.7 million) economic stimulus package has softened the blow to the economy and put it on the path to recovery.

“Moreover Malaysia, being a manufacturing economy, is more likely to recover from the slump caused by the Covid-19 pandemic. In addition, the government’s swift and aggressive response to the crisis is an assertion to the country’s good governance and reflects its priority in improving the welfare of its citizens.

Vignesh Ram, head of Political Risk and Intelligence Services Management (Prism), cautiously adds: “The economic outlook for Malaysia will depend on multiple factors, including how the political establishment is able to stabilise key economic drivers including demand for commodities and relations with neighbouring countries.”

The economy is one thing, however, but political risk is another.

The majority of political risk indicators have been lowered too, including information access/transparency, institutional risk and government stability.

None of the survey contributors was prepared to comment publicly on the local political scene.

In confidence, one analyst noted that Yassin’s government came to power not via elections but through a “coup of sorts” in March 2020, by ostensibly gathering support from the United Malays National Organisation (UMNO) and the Malaysia Islamic Party (PAS), which have ambitions to strengthen their own holds on power.

Another expert says: “The UMNO-PAS pact (Muafakat Nasional) has stated that while it currently supports Muhyiddin Yassin’s premiership, there is no explicit agreement for an alliance during the next general elections, which should be held by 2023 at the latest.

“UMNO itself is divided, with Najib still holding enormous influence in the party despite his conviction.

“The Perikatan Nasional government, therefore, is a coalition of convenience, which currently has a majority of two in Parliament. This makes any attempt to legislate a test of confidence for the government, hence its inherently unstable state.”

Muhyiddin has also attempted to strengthen his influence and guarantee political support by doling out positions both in government and through government-linked companies to loyalists from his own party (Parti Pribumi Bersatu Malaysia), as well as to power-brokers and influential members of UMNO and PAS.