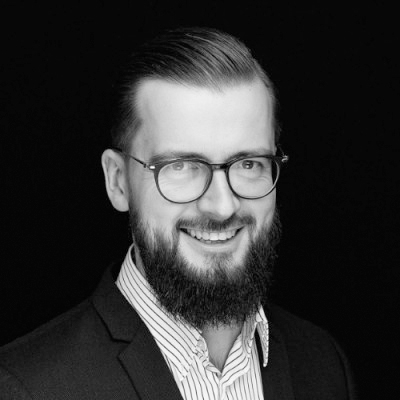 Kristian Gjerding, chief executive of CellPoint Digital, a company founded in Copenhagen in 2007 to help travel merchants handle payments in a mobile-first world, tells Euromoney: “Think about airlines, for example, that may have different online storefronts in different countries. They are selling a product, flight tickets, that is time-constrained and loses value if they don’t sell before the flight takes off. They really don’t want to lose customers at checkout.

“The problem is that handling payments is itself pretty expensive and integrating new payments methods into legacy IT can be hugely resource intensive and time-consuming. It can take months to integrate, say, Apple Pay.”

And Covid emphasized this complexity through the pain of handling refunds.

“Working back through the tickets customers had bought using different payment methods and returning funds sucked the life out of airlines,” says Gjerding. “It drained their resources.”

And it’s about to get worse.

At the start of next year, new EU rules on strong customer authentication (SCA) come into full effect. These require two-factor authentication for all online transactions and contactless payments within the EU of more than €30. That will require either a digital identity confirmation, such as a fingerprint, or inputting a code, perhaps sent to a registered mobile phone.

Merchants fear that many payments may be declined and that customers unused to such requirements may not complete checkouts.

The European Banking Association has already secured one long postponement from the original final implementation deadline of September 2019. But as the volume of online payments almost doubled in the second quarter of 2020 during the Covid lockdowns, the incidence of fraud also picked up markedly.

Regulators want to crack down. SCA rules will come fully into force on January 1, 2021.

Marius Galdikas, chief executive officer of ConnectPay, a banking service provider for online companies, says achieving SCA compliance should now be the North Star of every vendor’s roadmap to prevent losing a great deal of sales. He says: “What should not be overlooked is that SCA encompasses not just two-factor authentication, but much more, including dynamic linking and proper messaging to the customer about operations being authorized.”

SCA encompasses not just two-factor authentication, but much more, including dynamic linking and proper messaging to the customer

For now, it appears that customers haven’t heard about the SCA rules, so don’t know why they are suddenly being asked for additional authentication along payments journeys that previously felt frictionless. When challenged at checkout, they have been abandoning shopping carts at worryingly high rates, according to research from Microsoft.

It may not sound particularly comforting to merchants to suggest they sign up to yet another set of providers and add another intermediary layer into the payment process, but this could be the solution.

Payments orchestration platforms outsource handling of different payment methods and allow merchants to connect in through an application programme interface. It’s a bit like the promise of open banking to allow customers access to multiple financial providers through the single platform of their own bank account without the pain of establishing multiple new accounts.

In addition to the cost of deploying new payment methods, merchants must also consider the different fees charged back for each transaction.

Gjerding says: “The power of the payment orchestration platform in this scenario is giving bargaining power to the merchant – they can switch providers and payment methods on the fly for transactional cost optimization.”

If it takes an airline six to eight months to integrate a new payment method, it can take a payments orchestration platform about eight minutes

On the SCA rules, Gjerding says: “That’s another new complexity and both merchants and customers will face difficulties, as may some payments service providers. Payment orchestration platforms should be able to deal with it by connecting to third parties handling authentication.”

He suggests: “It will likely spur on the move to payments orchestration.”

Talk around the payments industry about orchestration platforms has grown louder over recent months. These are only just now going into production. It seems likely that the leaders will be enterprise IT providers rather than the leading banks in transaction services, although that remains to be seen.

“We have seen a few requests for proposals and went live with our first payment orchestration client in mid-August,” says Gjerding.

CellPoint Digital is awaiting the client’s permission to go public on the details.