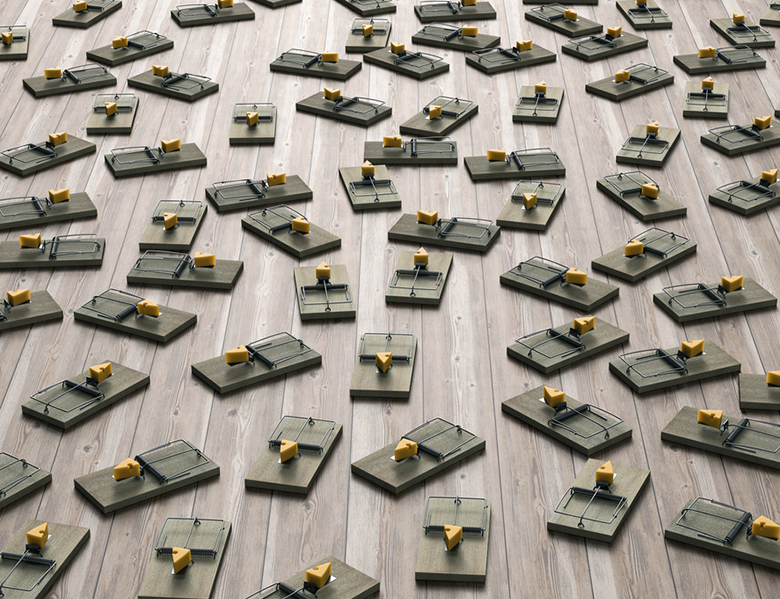 Asian investors may be comforted by the fact China’s economy was brought back to life in the second quarter, after the lockdown-induced collapse in the first months of the year, but the difficulty of managing the region’s risk-return profiles remains.

No fewer than 15 countries in Asia experienced higher risk during the first half of this year, according to Euromoney’s survey of experts, including Japan and South Korea, as Covid-19 dealt a heavy economic blow – and there is little indication yet of it being defeated.

Take Japan and its eternal battle to rid itself of damaging deflation. No sooner was there some hope of slaying this perennial dragon, while also conveniently raising consumption tax to bolster fiscal revenue without incurring too much long-lasting damage to the economy, when coronavirus struck, postponing the Tokyo Olympics and plunging the country into a much bigger crisis.

The fact Japan’s quarter-on-quarter real GDP decline of 7.8% in April-June was less severe than in the Germany, the UK or the US is scant consolation. It was the third consecutive quarterly contraction, putting the country on course for its deepest recession of the post-war era, translating into a whopping 27.8% annualized rate.

Euromoney analysts have been downgrading their survey scores for the GNP-economic outlook and employment/unemployment risk factors this year, and there are indications there may be more to come, with the OECD recently predicting a 6% contraction for real GDP in 2020 and an unemployment rate climbing from 2.4% last year to 3.2%.

Private consumption and exports have collapsed, and although the global economy is reviving, with factories and shops reopened, many experts are concerned that fiscal support is due to expire in September, tourism is in crisis and the government lacks a coordinated strategy for addressing the pandemic after a resurgence of new cases in August.

The outlook for private consumption is dismal due to a decline in real wages, Covid-related restraint, and the possibility of a marked rise in unemployment and firms going bankrupt

“Economic activity may rise temporarily in Q3 2020, but it is unlikely to be sustained,” he says.

“The outlook for private consumption is dismal due to a decline in real wages, Covid-related restraint, and the possibility of a marked rise in unemployment and firms going bankrupt once the government’s furlough schemes come to an end.”

The outlook for exports is similarly weak, he goes on to explain, due to slow global growth, the possibility of a double-dip recession in the US and appreciation of the yen if investors revert from dollar-denominated to yen-denominated assets. Industrial production and investment will be affected by this.

On top of that, prime minister Shinzo Abe appears to be struggling with illness after a second hospital visit. His ulcerative colitis is well known, contributing to him concluding his first term early, and it is now fuelling speculation it may be about to again, with another PM waiting in the wings. However, the risk implications should be minimal, with policymaking unlikely to change.

Nevertheless, struggling with the economy, the virus and a series of political scandals, strong disapproval of the cabinet has persisted without interruption since April, despite the Liberal Democratic Party’s solid poll ratings. Adding to the political uncertainty are the opposition forces, contemplating the creation of a new party to provide a more potent challenge.

All of which means Japan’s risk score has fallen consistently during the past year and its global ranking is down five places in 2020, plus 11 in total on a five-year trend, to 39th out of 174 countries.

That puts the country on a par with the UAE and Spain, after having fallen into the third of five tiers, or risk categories, into which Euromoney places countries based on their total risk scores.

The coronavirus crisis is causing similar anguish in Seoul for president Moon Jae-In, whose liberal Democratic Party claimed a handsome victory in the legislative elections held in April under a new voting system that also led to the creation of satellite parties.

His personal approval ratings have slumped in response to the pandemic and other policies. They include his reconciliation approach to North Korea, reviled by opposition conservatives and right-wing religious counterparts, and the diminution of democracy concerning perceived state influence over the judiciary.

Improving consumer spending and exports have brought the economy out of a slump, but a rise in new Covid-19 cases in the second half of August has sent a reminder of the dangers of complacency, prompting the government to tighten its social-distancing regulations pointing to renewed economic harm.

A long monsoon season affecting agricultural output and delaying construction are adding to the burden caused by the pandemic, pushing South Korea towards a double-dip recession after quarter-on-quarter declines of 1.3% and 3.3% for real GDP in the first and second quarters of this year, respectively, followed by a probable temporary rebound in the third quarter.

South Korea is slightly riskier overall than Japan, lying 42nd in Euromoney’s global risk rankings, a former tier-two investor risk that has plummeted 21 places during the past five years, including three in 2020 to move in line with Cyprus and Saudi Arabia.

This is despite the fact it has stronger public finances than Japan, with a comparatively low level of government debt at around 40% of GDP in 2019.

“South Korea also has a track record of macroeconomic policy management, but crucially has undergone a surge in corporate and household debt – together accounting for 336.4% of GDP at the end of Q1 2020, according to the IIF – posing a risk to the banking sector,” warns Virtuoso Economics’ Mehta.

As with Japan, the GNP-economic outlook and employment/unemployment indicators for South Korea have been downgraded this year, along with government finances and institutional risk – also mirroring Japan.

The two countries are not only sharing the pain caused by the virus but are also embroiled in a bilateral dispute over wartime reparations, straining their diplomatic and trading relationship.

“The issue of war reparations is a complicated and unresolved issue,” says survey contributor Hyun Hak Kim, associate professor in the department of economics at Kookmin University in Seoul.

This is hugely affecting their bilateral relationship, with Japan suspending exports of key parts of finished products produced by South Korea.

“At the same time, a massive anti-Japanese movement took place in South Korea, boycotting Japanese products and not travelling to Japan. South Korea is the second most-important source of tourism after China,” says Kim.

“As such, compensation has turned into another issue, deepening the emotional rift between South Korea and Japan.”

He adds: “The tension between the two countries has deepened as the two governments have reacted emotionally to the issue that needs to be resolved rationally or diplomatically.”

South Korea would be worse off from this, Mehta explains, due to the fact it is a more trade-reliant economy, importing substantially more from Japan than it exports there, including semiconductors, semiconductor manufacturing-related devices and chemical materials, among others.

“If Japan does not reverse its export controls or makes them even more stringent over the coming months, then South Korea’s heavy reliance on exports of materials and parts from Japan is likely to have significant downside implications for its growth and employment over the coming quarters,” he says.

This comes amid a fall in the South Korean government’s approval rate, the Japanese PM’s health problems, the US elections and, moreover, doubts over the health of North Korean leader Kim Jong Un, who is seemingly handing over some powers to his sister.

Kookmin University’s Kim, concurring with the views of other analysts, adds: “Many of the problems surrounding the Korean peninsula are intertwined with many players, but I don’t think these problems will develop into problems more serious than Covid-19.”

And Miguel Chanco, senior Asia economist at Pantheon Macroeconomics, says: “As things stand, the near-term outlook for both the Japanese and South Korean economies remains incredibly fragile, with both countries in the midst of a second wave [of the virus].”

Chanco sees early signs that the worst is over for Japan and cases in South Korea are finally starting to peak, well below the height of the latter’s first wave.

“Both countries are likely to enjoy something of a rebound in exports and consumption in the second half of this year, although the latter is unlikely to be emphatic given their rapidly deteriorating labour markets,” he says.

“Even if the two economies manage to see through their respective second waves unscathed, leading indicators point to a significant correction in investment in the second half of 2020.”

With both governments still very much focused on virus containment and efforts to stimulate the economy, Chanco doubts that either has the capacity, let alone the willingness, to get back to the table to discuss their bilateral trade spat.

For the most part, Covid-19 has made that issue immaterial from an economic standpoint, he argues, “as it is near-impossible to determine the impact it has/will continue to have, with the virus having already done significant damage”.

Getting over the coronavirus is clearly the key to transforming Japan and South Korea’s worsening risk profiles. The question is how long it will take.