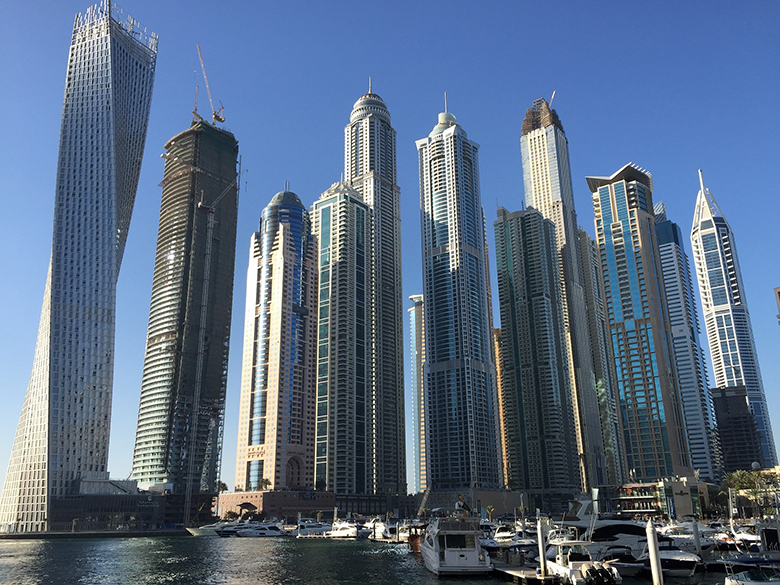 The government of Dubai has issued a sukuk for the first time in four years, proving that even amid historically low oil prices and a global pandemic, funding options remain for the Gulf’s sovereigns.

Gulf countries are facing the perfect storm of low oil prices, economic slowdown and a global health pandemic. Dubai, the region’s most open economy, a tourist destination and regional business hub, is particularly exposed to the economic slowdown.

The Dh1 billion eight-year sukuk issued by the government of Dubai at 4.7125% is in the form of a private placement, sole led by Standard Chartered. Dubai has not issued debt in the public market since 2014 but has done several private placements, most recently in 2017.

The deal was driven by reverse enquiry, according to sources. One senior DCM banker says the deal, which they will be able to repo with the central bank, had been sold to the Emirate’s banks.

“It’s a good way for Dubai to fund itself without Abu Dhabi writing a cheque again,” he says.

The deal is expected to release some much-needed liquidity to the Emirate’s banks.

While Dubai’s top-tier banks remain well capitalized and robust, even despite measures to improve liquidity taken by the central bank, they are being squeezed by drawdowns and may need to access the market.

“The first port of call for governments is to withdraw money from local banks to cover spending,” says Doug Bitcon, head of fixed income funds and portfolios at Rasmala Investment Bank. “Corporates are also drawing down on standby liquidity facilitates to strengthen their cash positions.”

Dubai’s finances were already strained before the coronavirus crisis, with problems in the Emirate’s property sector looking set to boil over into a full economic crisis.

Dubai’s government has moved quickly to contain the spread of Covid-19, with restrictions on residents more stringent than many other countries. Permits are required to walk dogs, shop and go for exercise, with huge fines imposed for any breaches.

Dubai has set out a Dh1.5 billion economic stimulus package for three months to support firms by reducing certain fees to lower the cost of doing business.

But analysts say Dubai’s economy is also the most exposed in the region to social distancing with sectors such as tourism and entertainment accounting for a third of Dubai’s economic output.

The delay to Dubai’s Expo 2020, billed as a catalyst to Dubai’s small and medium-sized enterprise sector and a huge driver of revenues from visitors, is also expected to put greater strain on the economy. It is also raising fears that several of Dubai’s heavily-indebted corporates will be forced to seek restructuring measures.

Government-related entity (GRE) total debts amount to $71 billion, with around $43 billion (40% of GDP) coming due before 2024, according to research by Capital Economics.

Emirates airline has already run into financial distress and requires a bailout by the Dubai government.

“The government’s ability to support other struggling GREs is limited by its own large debt burden,” says Jason Tuvey, senior emerging market economist at Capital Economics. “The upshot is that there is a growing chance that GREs will have to restructure their debts (again) or Dubai turns to Abu Dhabi for financing.”

But bankers are not anticipating a bailout by its richer neighbour Abu Dhabi like the one in 2009 just yet.

“At that time the UAE was in a more nascent stage, now they have fully functioning banks and the central bank came out with a large stimulus,” says a senior DCM banker in the region. “There’s a lot more corporate governance; yes there will be stress but don’t I see anyone going belly up.”

Dubai’s deal comes amid a rush of borrowing from the Gulf states. Abu Dhabi and Qatar raised $17 billion between them in the public bond markets this week.

While Qatar and Abu Dhabi’s deals were part of their annual funding plans and not a direct response to coronavirus or oil-related needs, the funding will be welcome.

“Indonesia stated that part of the proceeds of its latest issuance would be used for Covid-19 relief related efforts,” says Khalid Rashid, head of DCM for MENA at Deutsche Bank. “However, the dynamics in the Middle East are different as countries across the region are going through challenging times facing Covid-19, a global financial crisis and low oil prices. I expect to see more issuers coming to the market in the coming weeks.”

Several sources say that they expect Saudi Arabia to issue bonds in the coming weeks.