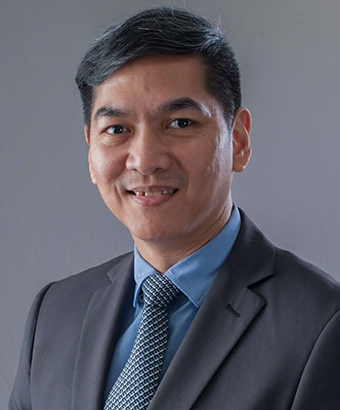 Can you bring me up to date with what you’ve established so far about how the Wirecard situation links to the Philippines?

First, the statement from the governor [Bangko Sentral ng Pilipinas governor Benjamin Diokno, also the AMLC chairman] that none of the missing $2.1 billion ever entered the Philippine financial system, this statement holds true until now.

The two banks mentioned in newspaper reports [BDO Unibank and Bank of the Philippine Islands] have both denied having relationships with Wirecard; they stated that they have informed Wirecard’s external auditor, Ernst & Young, that the documents attesting to the presence of the supposed funds are spurious; and lastly they declared that they have dismissed the junior officers involved in the issuance of these spurious documents.

Coming from Wirecard itself, it admitted that the missing $2.1 billion may not have existed at all.

So based on all those established facts, it appears from the initial elaborate case of searching for the very huge amount of money, it came down to a case involving rogue bank employees engaging in criminal activity in exchange for financial gain.

Nevertheless, the AMLC is still prepared to take action and give assistance to any law enforcement agency, both domestic and foreign, and the AMLC will not hesitate to prosecute those involved to the fullest extent of the law.

So, it’s become a smaller challenge for you if that money never existed: a case of junior employees engaging in fraudulent conduct rather than the Philippines being involved in a multi-billion dollar scandal. But is it concerning that junior members of bank staff can succeed for as long as they appear to have done with fraudulent documents? The banks themselves must have questions to answer.

Yes. We have reminded the banks to be strict on knowing their employees. That’s part of our anti-money laundering regulations: for them to strictly enforce their know-your-employee processes. And of course there are lapses in internal control.

Is the investigation of bank behaviour under the AMLC or the National Bureau of Investigation?

And the strange business of a Wirecard executive [Jan Marsalek] making it appear that he had been in the Philippines when he hadn’t, where does that fall? Is that Department of Justice?

Yes, that’s still within the National Bureau of Investigation, and our NBI is part of the Department of Justice. So that is part of their jurisdiction.

The Financial Times last year highlighted a number of supposed partner businesses of Wirecard, which it now appears don’t exist in anything like the scale they seemed to want to suggest: ConePay, Centurion Online. Are you investigating them and their connections?

They are part of our initial list of persons and entities of interest.

Have you made much progress in finding them?

Definitely our database has indicated some interesting developments.

Anything you can talk about at this stage?

No. I apologise, but it’s still an ongoing investigation, that’s all I can say.

How about the lawyer, Mark Tolentino [the FT reported that the account balances of the missing funds supposedly held at the two banks in the Philippines showed Tolentino’s firm holding the money on Wirecard’s behalf. Tolentino has claimed to have been a victim of identity theft but has secured temporary restraining orders stopping BDO and BPI from releasing details of his accounts.] What do we know about his involvement?

He admitted that he was approached by several foreigners asking him to open bank accounts on their behalf. That’s part of the National Bureau of Investigation jurisdiction, and it has questioned him in this regard. We still haven’t exchanged notes yet.

What we are doing right now is the first stage of our investigation, while the NBI will investigate other offences, and at some stage we will share notes, share our intelligence brief and our investigation report to the NBI, and they will share with us the results of their investigation. We will sit down and discuss and file the necessary cases.

Where does the ability to prosecute reside, with the Department of Justice or the AMLC?

For the money-laundering case it will be the AMLC. For all other offences, the NBI.

How important is it for the Philippines that you are seen as being as open and transparent as possible in this investigation?

Yes, that is correct.

The Mutual Evaluation Report [an assessment of the implementation of anti-money laundering and counter-terrorist financing measures in the Philippines by the FATF] happened in 2018, so even before it started we reorganized our office.

Just to give you the proper context, we aim to be a fully functional financial intelligence unit, (FIU) a reliable law enforcement and prosecuting arm, as well as an efficient supervisor.

In order to achieve this we have over-arching support services.

We have accomplished several milestones in regard to becoming a fully functional FIU. Since September 2017 we have issued more than 10 strategic studies.

For example, during our takeover of monitoring the Isis-related terrorist network we conducted our multi-network financial transaction analysis.

Last year there was an increase in the transactions of our internet-based casinos, so we conducted our own assessment of that.

In late 2018, we were the epicentre of child sexual abuse and exploitation within Asia; we conducted our own study and identified 700 persons of interest, perpetrators and facilitators, and shared this with the UK National Crime Agency and Austrac of Australia. We have conducted our own suspicious transaction analysis for several years.

We are a hybrid FIU.

The FIU function typically involves receiving and analyzing reports, and then disseminating this to law enforcement agencies. That is only one of our functions: we also conduct financial investigations.

We want to be a reliable law enforcement partner as well as a prosecutorial partner.

So far we have frozen and filed for future cases against terrorism finances around P68 million ($1.38 million), for the war against drugs P1.5 billion, and we were able to convict the primary player in the Bangladesh case. We got a favourable conviction and she went to prison.

What are the greatest challenges in your way in doing your job?

Of course the mutual evaluation process.

We had our own self-assessment prior to the mutual evaluation, and based on ours we would have passed, but of course the actor on site did not share the same result, so were placed under a 12-month observation period [now extended to 16 months because of Covid-19].

Among the recommended actions expected of us, some are part of the executive arm, but it also involves the legislative arm and our judicial process, and that is where I worry, because we do not have any control over legislation or the judiciary.

We have two laws we need to amend, the anti-terrorism and anti-money laundering.

The Anti-Terrorism Act was signed into law by the president on July 3 and will take effect in July 2021. But we need to further amend our Anti-Money Laundering Act, to include tax crimes, to include real estate and developers, and to expand our investigative powers to include subpoena powers.

So you need more power. Would those legislative changes give you the power you need?

To be honest, we are content with our powers.

For tax crimes, we can coordinate with the Bureau of Internal Revenue. For real estate agents, again we can do some actions indirectly.

As for additional subpoena powers, we do not find any difficulty in requesting documents because we work closely with the Philippine National Police and the NBI, and they are the ones empowered to subpoena documents, so we can put requests through them.

But it is a FATF standard that these things should be in our law. We are obligated to deliver and we intended to deliver within that 16-month period.

It sounds like a lot of cooperation is required for the AMLC to work effectively; you have mentioned cooperation with the National Bureau of Investigation several times, including on Wirecard. How good is communication between different departments?

There are silos present, of course, but we try to break these silos by organizing what we call targeted intelligence packaging.

We conduct workshops with agencies; before the workshop is held, we request cases that are prioritized by these agencies, the NBI or the Philippine national police, and then we share with them cases we are investigating.

When we sit down, we exchange notes; at the end we have a list of cases we prioritize: we call them high impact and low-hanging fruits.

Afterwards we list our assignments, we share available evidence, and we build our cases up from there.

Is there a way that Wirecard could be positive for the Philippines, in that it gives an opportunity for you to demonstrate that you can properly investigate something in the international public eye at a time when you are already under scrutiny?

Absolutely. Of course, we don’t welcome any such crime, but we welcome this in the sense that we can demonstrate the Philippines is ready to encounter these kinds of crimes in the financial system.

Our actions were very prompt, we immediately denied that the money entered our financial system. Some have suggested that it could have entered in small amounts, but that would have entailed several wire transfers.

You see, the $2.1 billion, or €1.9 billion, represented 5% of the Philippine banking system’s foreign currency deposits. That huge amount would definitely send red flags not just to the banks but the AMLC itself.

In the last two years, the largest we have experienced in a single amount was $100 million. To do that transaction in transfers of that size, it would have had to have been executed 20 times. Just one $100 million transfer would present red flags to our system; most definitely doing it 20 times would alert red flags.

So, yes, we want to demonstrate that the Philippines is ready and can act on these kinds of crimes.