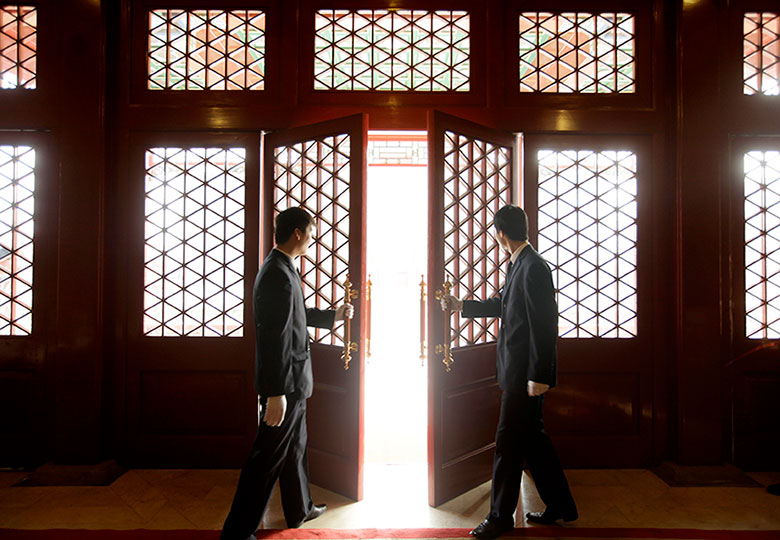 China has opened the door wider to foreign funds keen to invest in its fast-growing market for distressed bank debt, allowing them to apply for licences for the first time to operate as provincial-level asset management companies (AMCs).

The trigger was a decision to include the specialist financial service in Phase 1 of the US-China trade deal, signed in February.

US financial services firms, it said, will be allowed to ‘acquire non-performing loans (NPLs) directly from Chinese banks’, and will be treated on an equal basis with local AMCs when regulators issue new licences.

In 1999, Beijing created Cinda, Huarong, Orient and Great Wall, and ordered that quartet of AMCs to purchase, manage and dispose of NPLs held by its big state banks.

Many tipped the market to flourish and to embrace specialist investors such as Los Angeles based Oaktree Capital Management. For a while, that looked set to happen. Morgan Stanley and Goldman Sachs took part in open auctions of bundles of bad bank debt.

The possibility for foreign capital to really ramp up does exist, and we could see some very large numbers

In 2004, Deutsche Bank and Cinda led the first international securitization sale of Rmb2 billion ($290 million) of NPLs once held by China Construction Bank.

Then Beijing got cold feet. Fearful of seeing state assets sold on the cheap to foreigners, it opted to bail out and list its big banks instead, and all but shut down open auctions.

Its AMCs carried on buying up soured loans, while US investors, in the wake of the global financial crisis, turned their attention to Europe’s bad banks.

But now, they’re back.

In late February, Oaktree, which has to date bought $6.5 billion worth of mainland distressed debt, was the first foreign investor to form a wholly owned Chinese unit. Oaktree (Beijing) Investment Management was set up with registered capital of $5.42 million, according to the city-level financial regulator.

In its latest report on the onshore NPL market, issued in February, PwC said an estimated $1.5 trillion worth of soured and stressed assets are held by Chinese banks and AMCs.

It tipped 2020 to be a good year, with investors finding it “easier to agree pricing for portfolios”.

New NPLs continue to come on stream, thanks to factors such as strong recent mainland bank lending to SMEs.

This should benefit larger players, big special situation funds, who have committed to this space and have closed multiple deals

Slowing growth, exacerbated by coronavirus, is set to create another fresh wave of bad debt. More than 100 real estate firms filed for bankruptcy in the first two months of this year alone.

This doesn’t mark the return of specialist foreign investors: in truth, they never really left.

In its report, PwC said 2019 was a record year for closed NPL deals by international investors, with $1.1 billion deployed across 14 transactions. A total of 50 deals were completed between 2014 and 2019 by 13 foreign investors; Oaktree, Goldman Sachs and Dallas based Lone Star Funds was each involved in seven.

The distinction is that before now, foreign investors were limited to buying a single soured loan at a time, direct from a Chinese bank – one that related to, say, an unfinished mall once owned by a property firm.

“But multiple bad loans, anything over three, and they had to buy through an AMC,” notes James Dilley, deals advisory partner at PwC in Hong Kong. That sharply reduced internal rates of return.

Once it is fully licensed, a foreign institution can now in theory “go directly to a bank and buy another similar pool of bad debt at the same discounted price”, he adds. Bypassing local or central AMCs will enable them to, in theory, “achieve higher IRRs and broaden the universe of sellers that can be accessed”.

For firms such as Oaktree, the next step will be to apply to operate directly as a bad-debt manager.

The trade deal doesn’t say how much this will cost, but local AMCs must stump up Rmb1 billion to secure a provincial licence. Most foreign firms are expected to focus on rich regions such as Guangdong and Zhejiang, and will be restricted to buying soured debt connected to assets located only within that province.

The market will not just be open to US firms. LVF Capital, with offices in London and Hong Kong, runs Orient Longxin China, a $500 million fund that invests in distressed mainland real estate. Its founder Gregory Ritchie says the “possibility for foreign capital to really ramp up does exist, and we could see some very large numbers”.