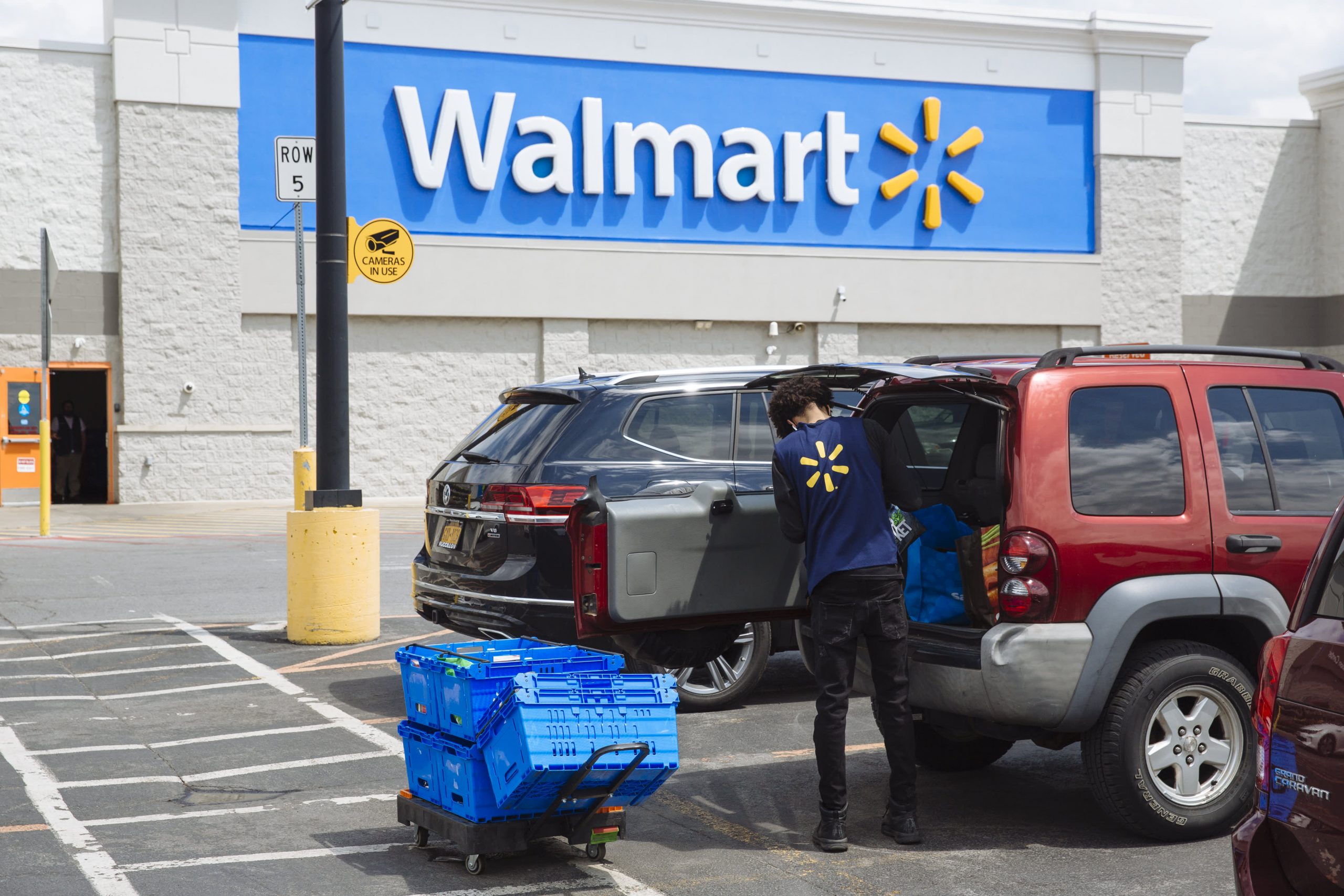 A worker delivers groceries to a customer’s vehicle outside a Walmart Inc. store in Amsterdam, New York, on Friday, May 15, 2020.

Walmart said Wednesday that it plans to back American manufacturers by spending an additional $350 billion over the next decade on items that are made, grown or assembled in the U.S.

Nearly two-thirds of Walmart’s current assortment is made, assembled or grown in the U.S., as of the most recent fiscal year, according to a company spokesman.

With the move, the retailer said U.S. products will become an even larger part of its supply chain. It will focus the effort on buying more materials and merchandise from domestic manufacturers, including plastics, textiles, pharmaceutical and medical supplies, food processing, and small electrical appliances.

As the world’s largest retailer by revenue, Walmart has faced criticism from labor advocates and others for driving down prices in a way that pushes more manufacturing and jobs overseas. The company responded in 2013 by pledging to buy $250 billion in U.S. goods by 2023. Wednesday’s announcement represents a step up from that commitment.

Over the past several years, Walmart has created new ways for American suppliers to get picked up by its stores and website, including an annual Open Call event where small businesses can pitch their products. It also created a website where Walmart suppliers can learn about how to bring back their operations to the U.S.

However, the company has faced scrutiny, too. In 2015, it dropped a “Made in USA” logo from products on its website, after a probe by the U.S. Federal Trade Commission and a watchdog group found the items were not U.S. made. The company now details the percentage of a product that is U.S. made on its label.

In a post on the company’s website Wednesday, Walmart U.S. CEO John Furner said the effort benefits the environment and economy. He said it will reduce the company’s carbon footprint by sourcing goods closer to customers, creating demand for more U.S. jobs and sparking opportunity for more American entrepreneurs to become Walmart suppliers or sellers.

Furner said the increased spending could support more than 750,000 new American jobs, based on a Walmart study with Boston Consulting Group that used data from the Economic Policy Institute and Bureau of Labor Statistics.

And, he added, the decision responds to what customers want. More than 85% of consumers surveyed by Walmart in 2019 said it’s important for the retailer to carry products made or assembled in the U.S.

Furner said Walmart will also launch a new program, called American Lighthouses, which will bring together stakeholders in different parts of the country to come up with ways to overcome barriers to U.S. production. He said participants will include suppliers, government officials and academic experts who can suggest ways to support and expand U.S. manufacturing.