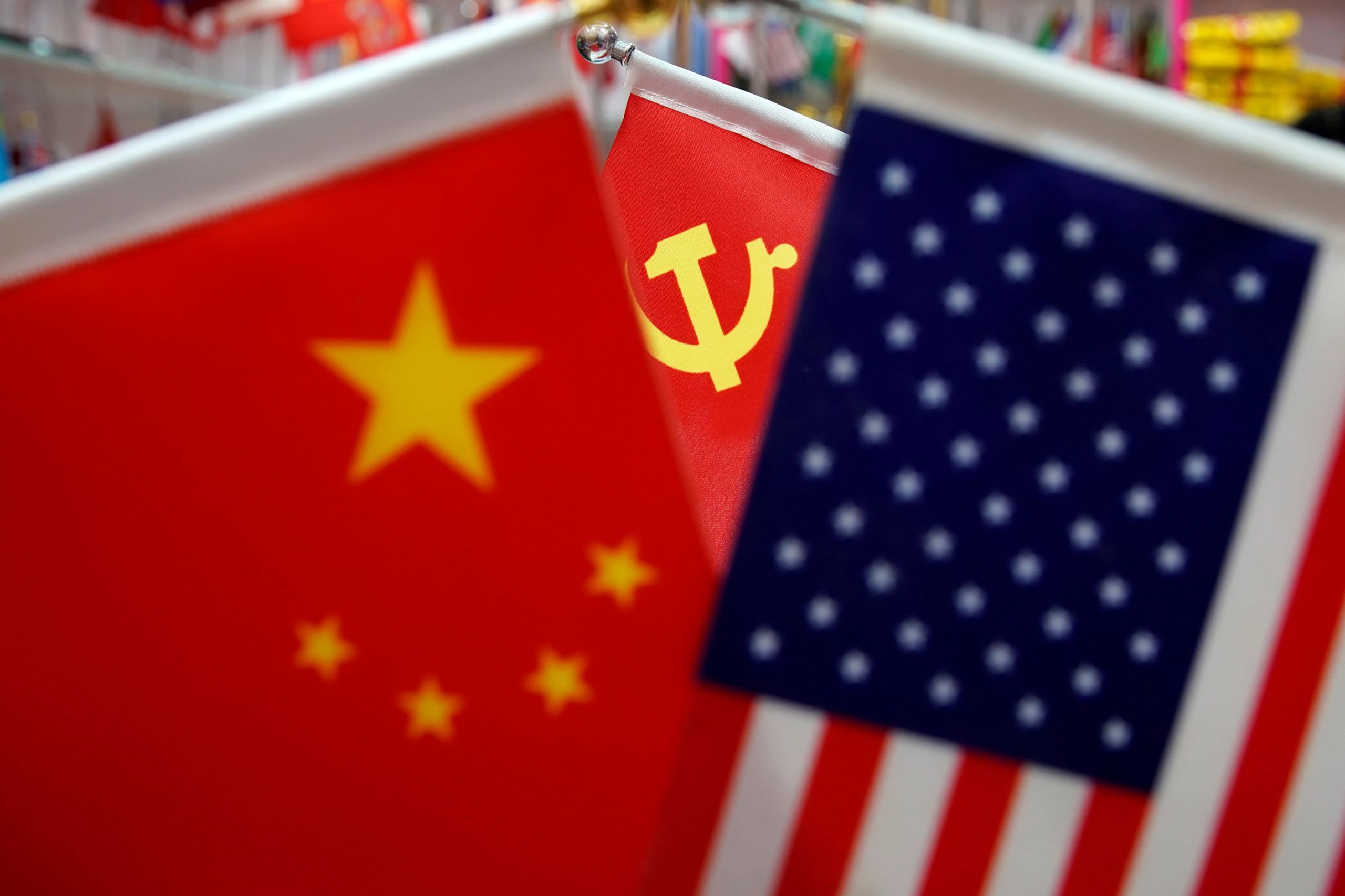 The flags of China, U.S. and the Chinese Communist Party are displayed in a flag stall at the Yiwu Wholesale Market in Yiwu, Zhejiang province, China, May 10, 2019.

Wang’s remarks come as tensions between the U.S. and China have escalated in the last few years under former President Donald Trump, whose term ended in January. So far, the Biden administration has maintained a tough position on China — calling the country a more assertive “competitor” — and raised concerns about Beijing’s stance around Taiwan, Hong Kong, Xinjiang and Tibet.

“Speaking of China-U.S. relations, I believe first of all both sides need to abide by the principle of non-interference in each others’ internal affairs,” Wang said. That’s according to an official English translation of his Mandarin-language remarks at a press conference held alongside the “Two Sessions” annual parliamentary meeting in Beijing, the country’s biggest political event of the year.

Biden had raised “fundamental concerns” about Beijing’s actions on issues such as Hong Kong in a two-hour phone call with Chinese President Xi Jinping in February ahead of the Lunar New Year holiday, according to the White House. At the time, the two leaders also discussed how to counter the coronavirus pandemic, working together on climate change and preventing weapons proliferation.

Wang said Sunday the two countries could also cooperate on the economic recovery from the pandemic, and p