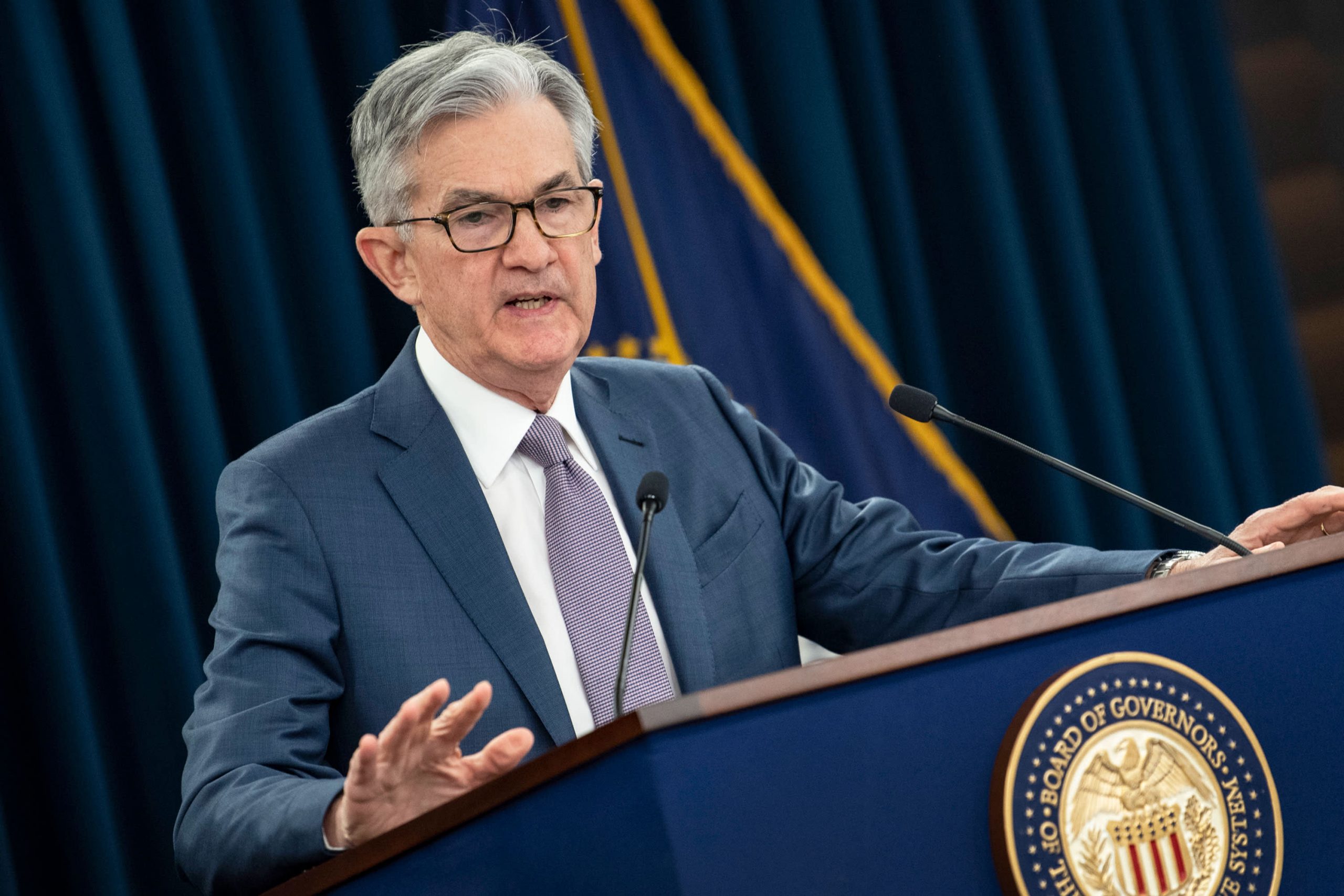 The Federal Reserve on Wednesday sharply ramped up its expectations for economic growth but indicated that there are no interest rate hikes likely through 2023 despite an improving outlook and a turn this year to higher inflation.

As widely expected, the policymaking Federal Open Market Committee also voted to keep short-term borrowing rates steady near zero, while continuing an asset purchase program in which the central bank buys at least $120 billion of bonds a month.

The key changes came in how central bankers view the economic road ahead and what impact that could have on policy.

“Following a moderation in the pace of the recovery, indicators of economic activity and employment have turned up recently, although the sectors most adversely affected by the pandemic remain weak. Inflation continues to run below 2 percent,” the committee said in its post-meeting statement.

Stocks reacted positively to the news, with the Dow Jones Industrial Average up more than 200 points while longer-duration government bond yields stayed positive.

Gross domestic product is expected to increase 6.5% in 2021 before cooling off in later years, according to quarterly economic projections from members of the Federal Open Market Committee. That median estimate represents an improvement from the anticipated 4.2% gain during the last round of projections in December.

Along with the increase in GDP, committee members forecast unemployment to fall to 4.5% from its current 6.2% level. That compares with a 5% FOMC estimate in December. Forecasts for the subsequent two years are for 4.2% and 3.7% before settling into a longer-run level of 4%.

Expectations for core inflation moved higher, with the committee now looking for a 2.2% gain this year as measured by personal consumption expenditures. That is estimated to fall to 2% in 2022 and then edge higher to 2.1% the following year, with the long-run expectation at 2%.

As to how those improvements will move the needle on policy, the committee still expects benchmark interest rates to remain unchanged through 2023.

Fed Chairman Jerome Powell said he expects that inflation will rise this year due in part to soft year-over-year comparisons from the early days of the Covid-19 pandemic in early 2020. However, he said that won’t be enough to change a policy that seeks inflation above 2% for a period of time if it helps to achieve full and inclusive employment.

“I would note that a transitory rise in inflation above 2% as seems likely to occur this year would not meet this standard,” Powell said.

There was some hawkish tilt to member expectations for rates, but not enough to change the forecast.

Four of the 18 FOMC members were looking for a rate hike in 2022, compared with just one at the December meeting, according to the “dot plot” of individual members’ forecasts. For 2023, seven members see a hike, compared with five in December.

Markets were watching the projections closely in anticipation that the Fed might react to the recent boom in economic growth and expectations of higher inflation. Market-based measures of inflation point to a rate of 2.59% in five years, the highest level of the “breakeven” rate in nearly 13 years.

However, the Fed’s post-meeting statement continued to indicate that policy will remain loose until “substantial further progress” is made toward its dual goals of full employment and price stability.

In 2020, the Fed modified those goals to say it would keep policy accommodative until employment not only increases substantially but in a way where benefits are spread among income, racial and gender classes. Dovetailing with that goal is a willingness to let inflation run somewhat above the Fed’s 2% target for an undetermined period to reach the employment goal.

Markets have grown skittish lately over worries that inflation pressures may be posing a bigger danger than the Fed thinks.

Government bond yields have surged to levels last seen before the Covid-19 pandemic struck, as investors worry about inflation eroding the principal of their fixed income holdings. Inflation is bad for bonds as it means future interest payments for holding the bonds are worth less. Rising yields mean falling prices, which occur when holders are selling their bonds.

The Fed, though, is comfortable with some increase in yields so long as they are doing so in response to economic growth. The Fed considers 2% inflation a healthy level for the economy while also giving the central bank breathing room for policy. Should inflation get out of control, Fed officials believe they have the tools to control it.

In recent weeks, there had been some market expectation that the committee might adjust the asset purchase program to buy more long-dated bonds