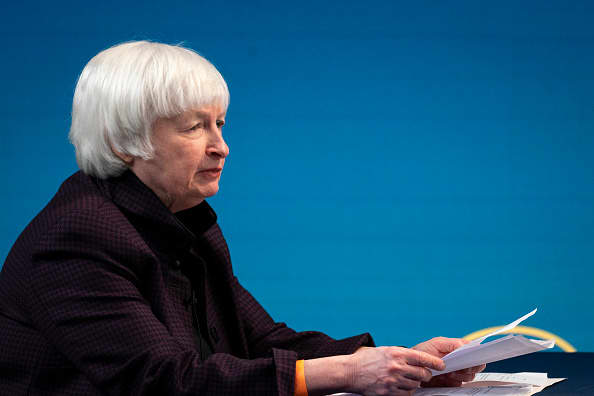 Treasury Secretary Janet Yellen speaks during a virtual roundtable event with participants from local Black Chambers of Commerce on February 5, 2021 in Washington, DC.

Banks have improved their capital positions and should be allowed to continue to buy back their own shares, Treasury Secretary Janet Yellen said Wednesday.

Regulators restricted share repurchases in 2020 for the biggest institutions in the country as a precautionary measure after Covid-19 reached pandemic status. After those banks passed a pandemic-focused stress test in December, the Federal Reserve said it would allow buybacks to resume, though with some restrictions.

Yellen, speaking Wednesday before the Senate Committee on Banking, Housing and Urban Affairs, said she agreed with allowing the share buybacks.

“I have been opposed earlier when we were very concerned about the situation the banks would face about stock buybacks,” Yellen said. “But financial institutions look healthier now, and I believe they should have some of the liberty provided by the rules to make returns to shareholders.”

They are expected to do just that as the buyback restrictions ease in the first quarter of 2021.

The largest banks still have restrictions as they won’t be able to return to shareholders more than they made in profits the previous year.

The Fed’s move to allow buybacks to resume came after the largest institutions showed they could weather worst-case scenarios centered around the pandemic.