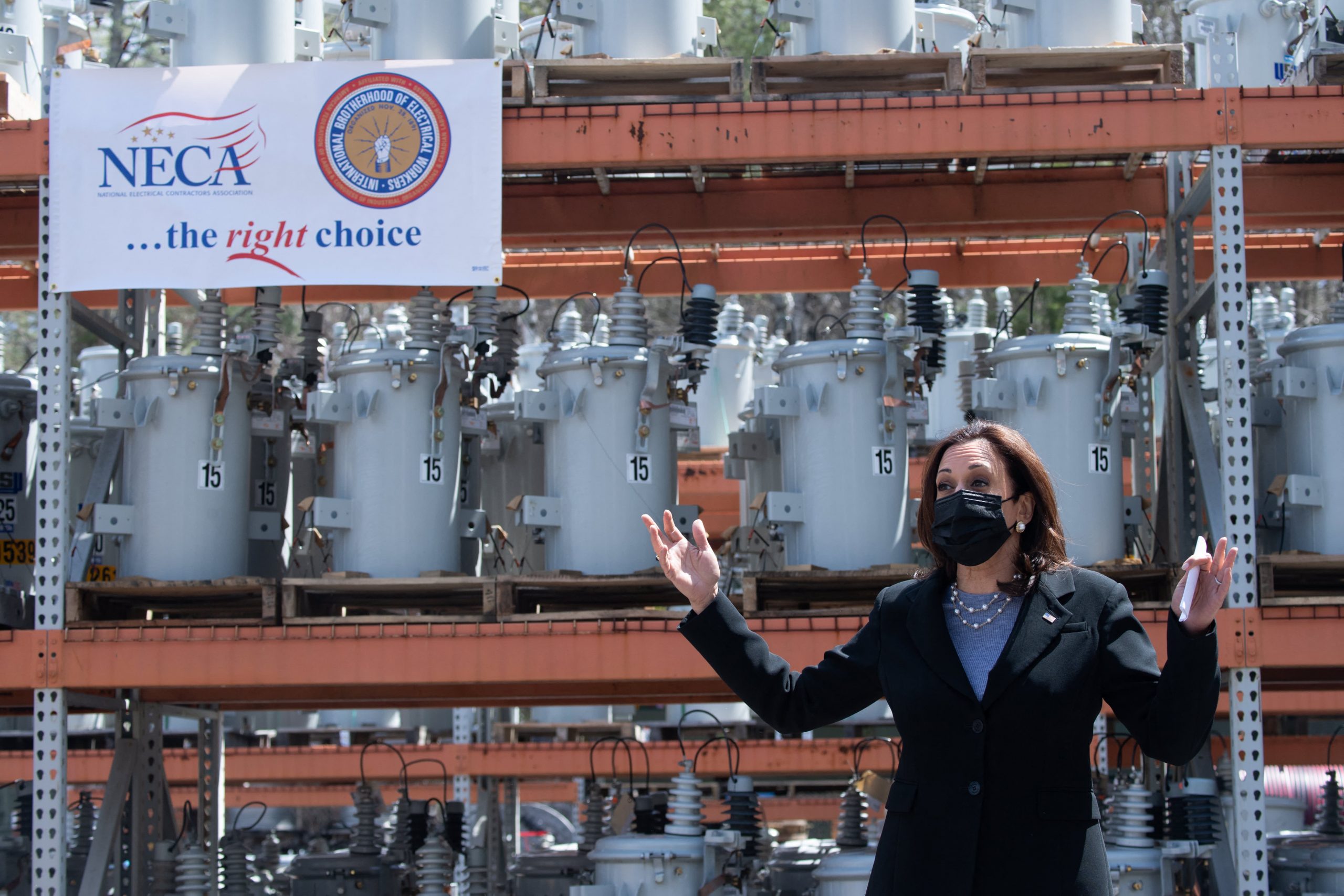 Vice President Kamala Harris speaks during a listening session on broadband internet at the New Hampshire Electric Co-op in Plymouth, New Hampshire, April 23, 2021, as she travels to the state to promote the administration’s economic plans.

As the White House attempts to sell President Joe Biden’s multitrillion-dollar rescue and recovery plans across the country, Vice President Kamala Harris is taking on a leading role as an ambassador to small businesses, particularly in underrepresented communities.

On Wednesday, she plans to meet with female-led small businesses in Rhode Island and Commerce Secretary Gina Raimondo to discuss what Harris has called the “national emergency” of women leaving the labor force.

Harris has held events with the Black Chamber of Commerce and spoken directly with community lenders who work with Native American tribes.

Behind the scenes, Harris has pushed the country’s biggest banks to get federal relief to the smallest players. Harris called JPMorgan Chase chief Jamie Dimon and Bank of America CEO Brian Moynihan in February, urging them to ramp up Paycheck Protection Program loans and outreach to minority and low-income communities, according to a senior administration official who requested anonymity to speak candidly about the call.

“An important part of the solution to moving that needle was going to be working with JPM and working with BofA to help make sure they were getting the support they needed to drive those priorities,” the official told CNBC. “These are just going to be huge players in the PPP in terms of delivering on those goals just precisely because of the scale that they bring.”

A Bank of America spokesperson described the conversation as “productive.”

A representative from JPMorgan didn’t immediately respond to CNBC’s request for comment.

While JPMorgan has played a role in making government-backed loans to small business during the pandemic, Dimon is skeptical of the scale of Biden’s economic proposals.