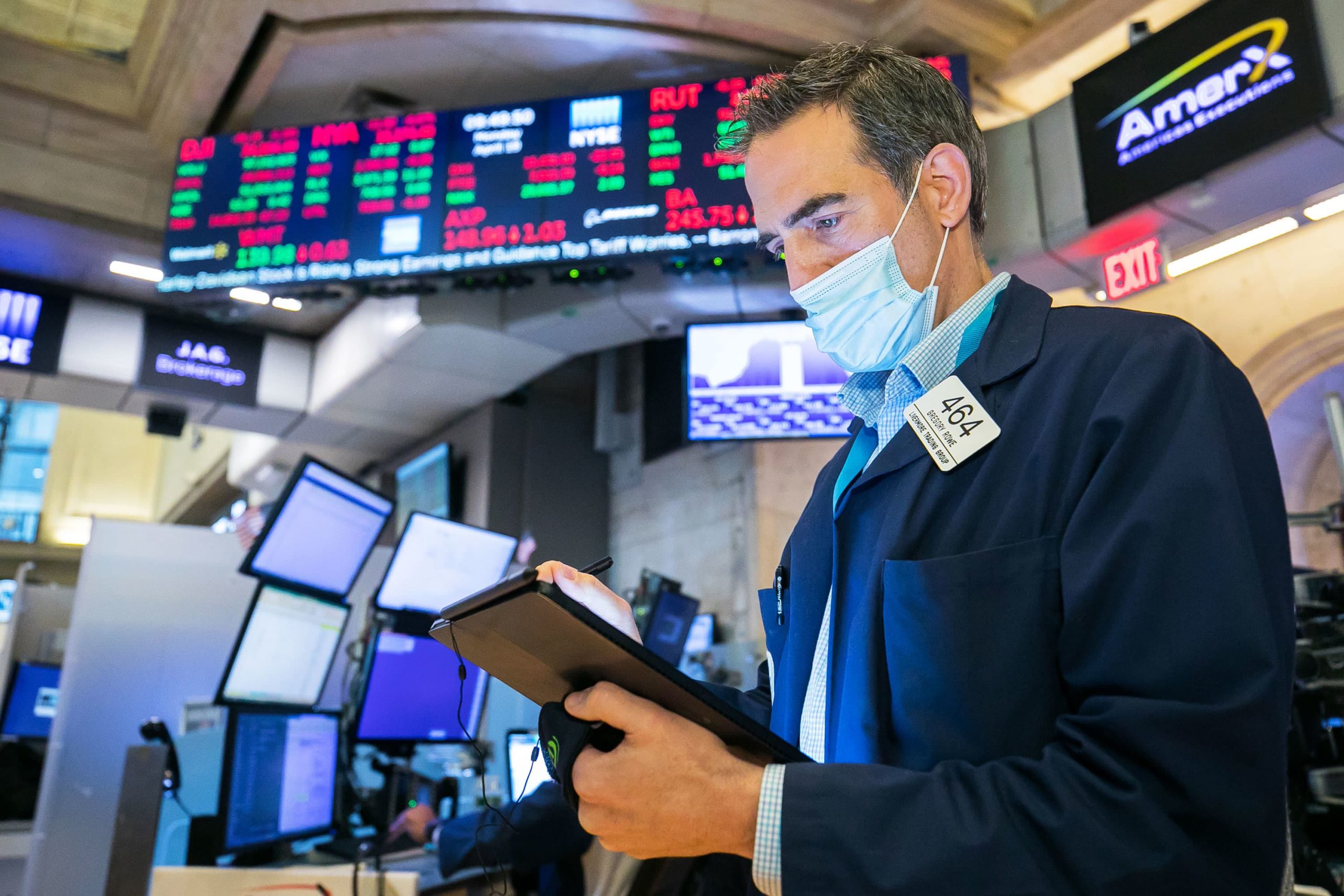 U.S. stock index futures were little changed during overnight trading on Wednesday, after the Dow closed at a record.

Futures contracts tied to the Dow Jones Industrial Average were 6 points lower. S&P 500 futures and Nasdaq 100 futures were both flat.

During the session, the Dow gained 97 points to end at a new closing all-time high. The 30-stock benchmark index also set a new intraday record after rising nearly 200 points at one point.

The S&P 500 inched 0.1% higher, while the Nasdaq Composite slid 0.4% for its fourth straight negative session and longest daily losing streak since October. The tech heavy index and S&P 500 are each lower for the week. The Dow is on track to break a two-week losing streak.

Netflix, Amazon and Facebook were among the tech names that declined on Wednesday, each falling more than 1%.

“Technology sector earnings momentum relative to the broader market peaked in late May of 2020,” said Keith Lerner, chief market strategist at Truist. “Given that we expect the economy to grow well above trend this year and next, value stands to benefit. Indeed, when looking at the value indices, they are dominated by financials and tend to have greater exposure to economically-sensitive sectors that are more leveraged to an economic recovery.”

On the data front, initial jobless claims will be released on Thursday. Economists surveyed by Dow Jones are expecting a print of 527,000. The data comes one day before April’s jobs report is released on Friday.

“Job growth has been strong and increasing for the past three months. April’s employment numbers are expected to show another significant gain, as layoffs were down by one-sixth during the month,” noted Brad McMillan, chief investment officer for Commonwealth Financial Network.

However, he added that concerns still remain in the market. For one, federal stimulus packages have boosted growth, and at some point the economy will have to return to organic growth.

The busiest week of earnings is now in the rearview mirror, but a number of companies have yet to provide their quarterly updates.

Anheuser-Busch InBev, Regeneron, ViacomCBS and Kellogg are among the names on deck prior to the opening bell. Dropbox, Expedia, Roku, Beyond Meat, Shake Shack and Square will report after the market closes.