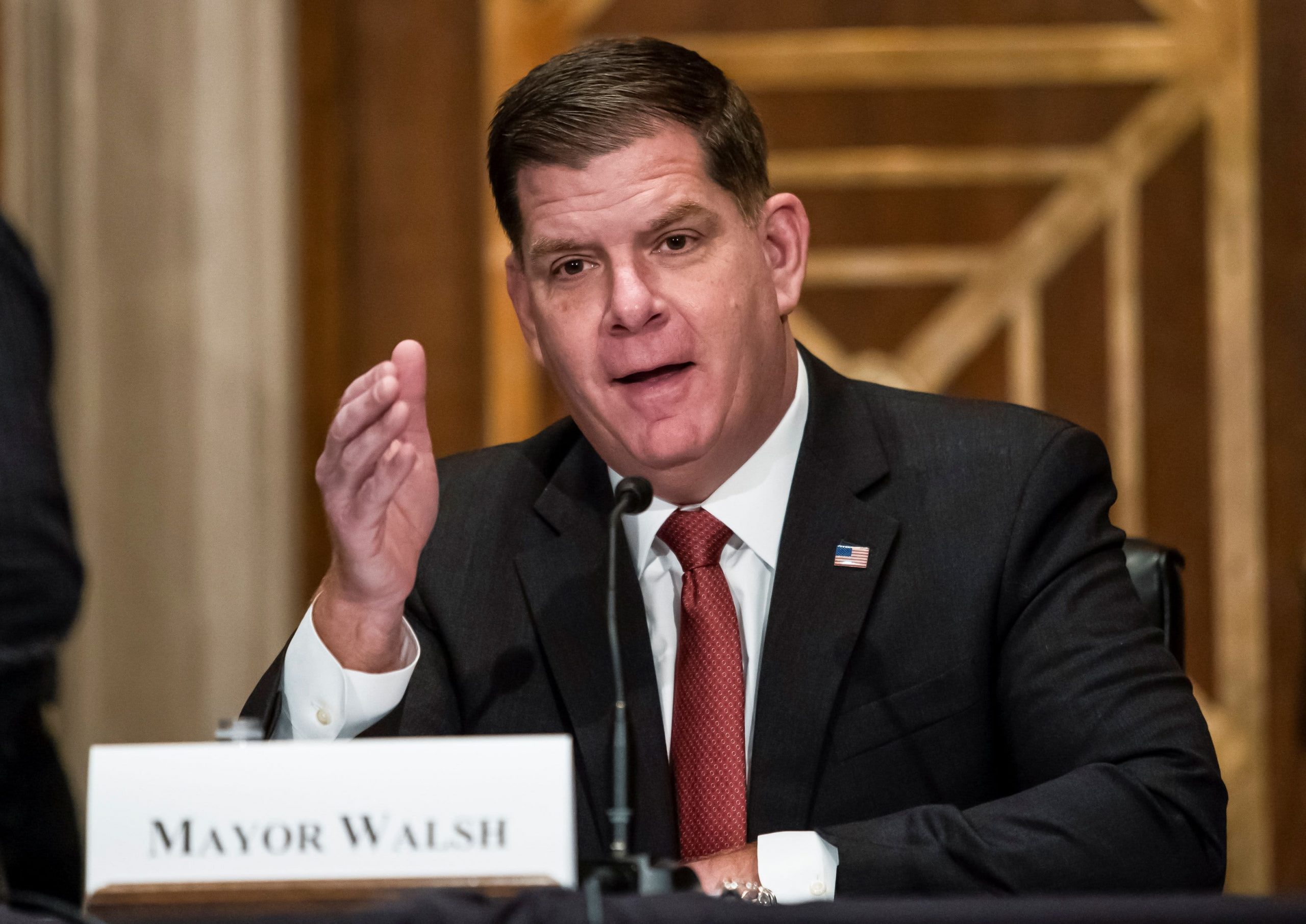 Labor Secretary Marty Walsh said Friday the Covid-19 pandemic is still weighing on jobs, but he projected optimism about recovery of the U.S. economy as vaccinations continue, saying, “We are starting to see the confidence come back.”

Walsh’s comments on CNBC’s “Squawk on the Street” came shortly after the Labor Department released a disappointing April jobs report, showing that nonfarm payrolls grew by 266,000. Analysts had been expecting more than 1 million new jobs.

“If you look back on the last three months, the United States economy has added 500,000 new jobs per month as compared to the previous three months, where it was 60,000. So we are definitely going in the right direction, but we still have a ways to go, there’s no question about it. We are still dealing with a pandemic,” Walsh said.

Walsh rejected arguments made by Republican lawmakers and business groups that pandemic-related federal unemployment benefits are encouraging potential workers to stay on the sidelines.

“I still think we need unemployment, obviously, we still have millions of Americans out of work. Many of those Americans don’t have opportunities at this moment,” Walsh said. “I know we are making a correlation between open jobs and people who are unemployed, but it’s not a fair correlation.”

Walsh pointed to data from the jobs report showing that more Americans looked for work in April than in previous months.

“I think as we continue to move forward here, hopefully in the coming months we are going to see lots of those Americans who are looking for jobs finding jobs, and I’ll be able to stand in front of this camera and talk about the great gains we’ve had,” Walsh said. “But I still think 266,000 jobs this month is a good number.”

Shortly after the jobs report was released, the Chamber of Commerce put out a statement calling for an end to the $300-per-week unemployment supplement. Neil Bradley, an executive vice president at the group, said the “disappointing jobs report makes it clear that paying people not to work is dampening what should be a stronger jobs market.”

President Joe Biden said at a press conference in the afternoon that the extra benefits were not causing a labor supply shortage.

Walsh, a Democrat and the former mayo