Infrastructure plan should cost up to $800 billion, McConnell says ahead of Biden meeting 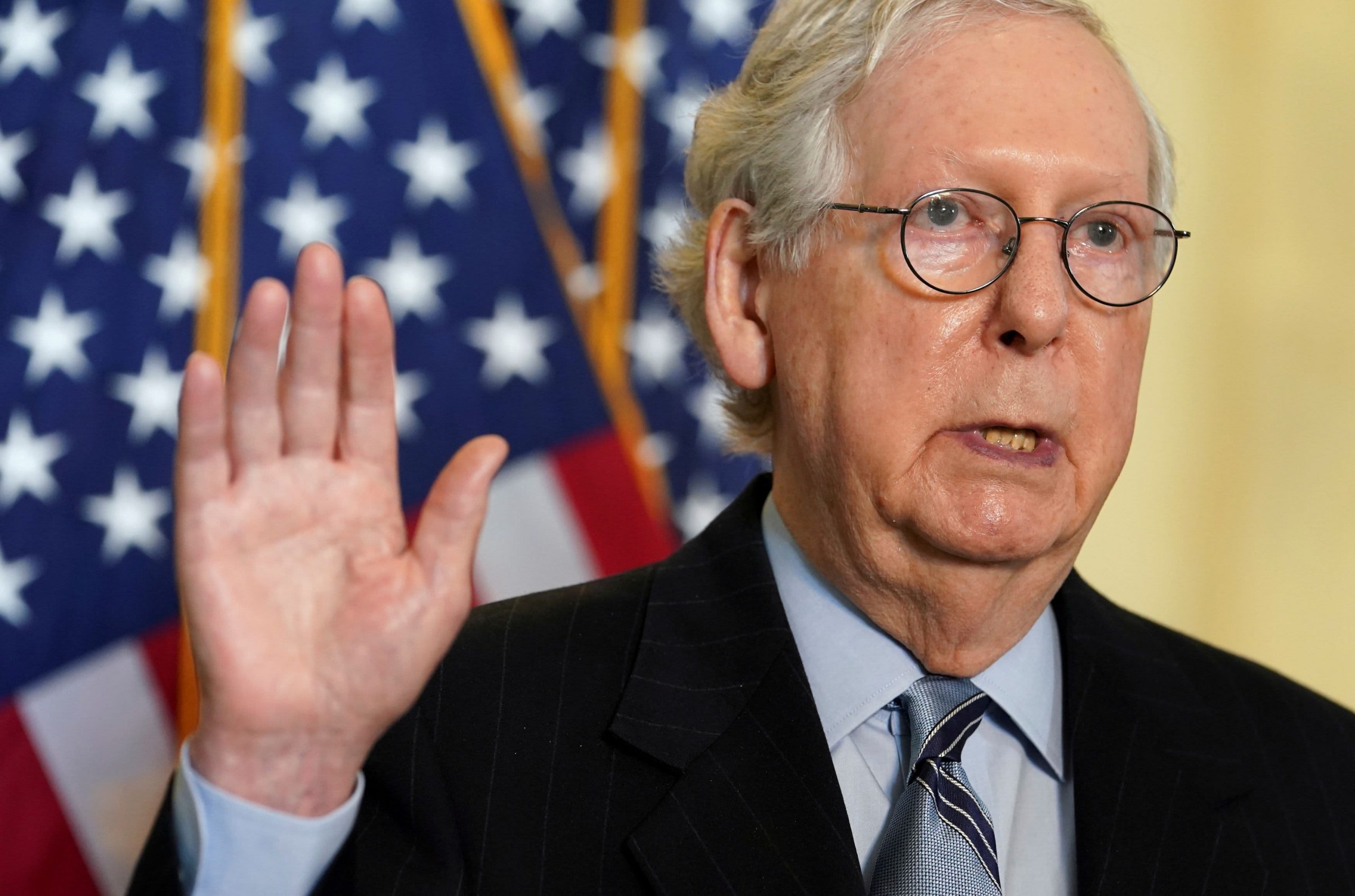 Senate Minority Leader Mitch McConnell said an infrastructure plan should cost no more than $800 billion, setting down a marker ahead of a critical week for efforts to craft a bill that would refresh U.S. transportation, broadband and water systems.

“The proper price tag for what most of us think of as infrastructure is about 6-to-800 billion dollars,” the Kentucky Republican told his state’s PBS TV station KET on Sunday, again criticizing President Joe Biden for putting what he called unrelated items in his $2.3 trillion proposal.

Biden will then meet with six Republican senators to talk about a potential compromise on Thursday. One of those lawmakers, Sen. Shelley Moore Capito of West Virginia, led a $568 billion GOP infrastructure proposal last month.

Capito on Friday signaled Republicans could agree to a larger package. She told NBC News that the GOP plan “is not our final offer.”

The parties would have to settle fundamental disputes to strike an infrastructure deal. Biden, Schumer and Pelosi have indicated they could forge ahead with legislation on their own in the Democratic-held Congress if Republicans — many of whom see blocking the president’s priorities as their best path to retaking the Capitol in the 2022 midterms — are reluctant to compromise.

The president will also meet with Sens. Joe Manchin, D-W.Va., and Tom Carper, D-Del., about infrastructure on Monday, according to The Associated Press. Democrats would need Manchin’s support to pass a bill with a simple majority thro